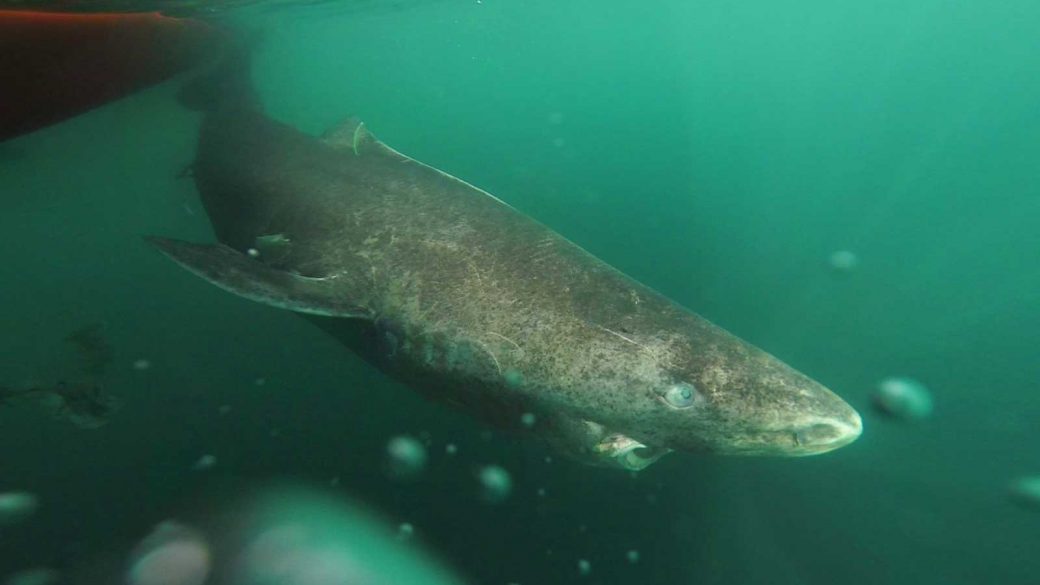 Sharks that were alive hundreds of years ago are still swimming strong. A Greenland shark has been found to be at least 272 years old, making the species the longest-lived vertebrate in the world—smashing the previous record held by a 211-year-old bowhead whale. But it may have been as old as 500 years!

We definitely expected the sharks to be old, but we didn’t expect that it would be the longest-living vertebrate animal.

Living deep in the North Atlantic and the cold surface waters of the Arctic, Greenland sharks have a stable environment and grow just a few centimetres per year. Despite their slow growth, though, they reach more than 5 metres in length and are often the apex predator in their ecosystem.

It was once thought to be impossible to age Greenland sharks. Other fish are aged by measuring calcareous bodies that grow in their ears, but Greenland shark skeletons are made of cartilage and, therefore, lack the calcified growth rings of hard-boned vertebrates.

In a BBC interview, Nielsen explained that “the Greenland shark is a very, very soft shark—it has no hard body parts where growth layers are deposited. So it was believed that the age could not be investigated.”

Instead, Nielsen and his colleagues focused on radiation in the sharks’ eyes. Nuclear bomb tests in the 1950s and ’60s blasted radioactive particles into the atmosphere. Those particles entered food webs all over the world and show up in the form of radioactive forms of carbon in organisms that lived through that period.

Greenland sharks’ eye lens tissue is pretty unique; it doesn’t change during its lifetime and preserves the historic radiation:

The Greenland shark’s eye lens is composed of a specialised material, and it contains proteins that are metabolically inert.

Which means after the proteins have been synthesised in the body, they are not renewed any more. So we can isolate the tissue that formed when the shark was a pup, and do radiocarbon dating.

For the study, the team examined 28 sharks, which had already died after being caught in fishing nets as by-catch.

There’s a bit of uncertainty associated with the age estimates, but Nielsen says the most likely age for the oldest shark they found was about 390 years. “It was, with 95 percent certainty, between 272 and 512 years old,” he says.

Steven Austad, who studies the biology of ageing at the University of Alabama, Birmingham says:

It’s a fascinating paper and certainly moves back the vertebrate longevity record by a substantial amount. Even if you look at the low end of their estimate—272 years—that’s still substantially longer than any other documented vertebrate.

The team believes that Greenland sharks only reach sexual maturity when they are 4m-long. Considering their long life-span, it suggests this does not occur until they are about 150 years old.

The researchers say this has consequences for future conservation of the animals. Because of their extreme longevity, Greenland sharks may still be recovering from being over-fished before WW2! On this issue Nielsen said:

It seems most are sub-adults. That makes sense: if you have had this very high fishing pressure, all the old animals—they are not there any more. And there are not that many to give birth to new ones.

There is, though, still a very large amount of ‘teenagers’, but it will take another 100 years for them to become sexually active.

Featured image: A Greenland shark returning to the deep and cold waters of the Uummannaq Fjord in northwestern Greenland. The sharks were part of a tag-and- release program in Norway and Greenland. Photo: Julius Nielsen/Science. 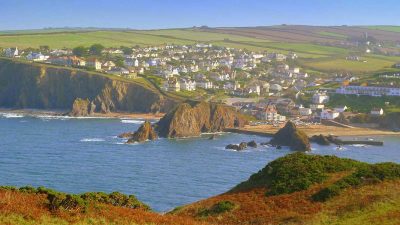