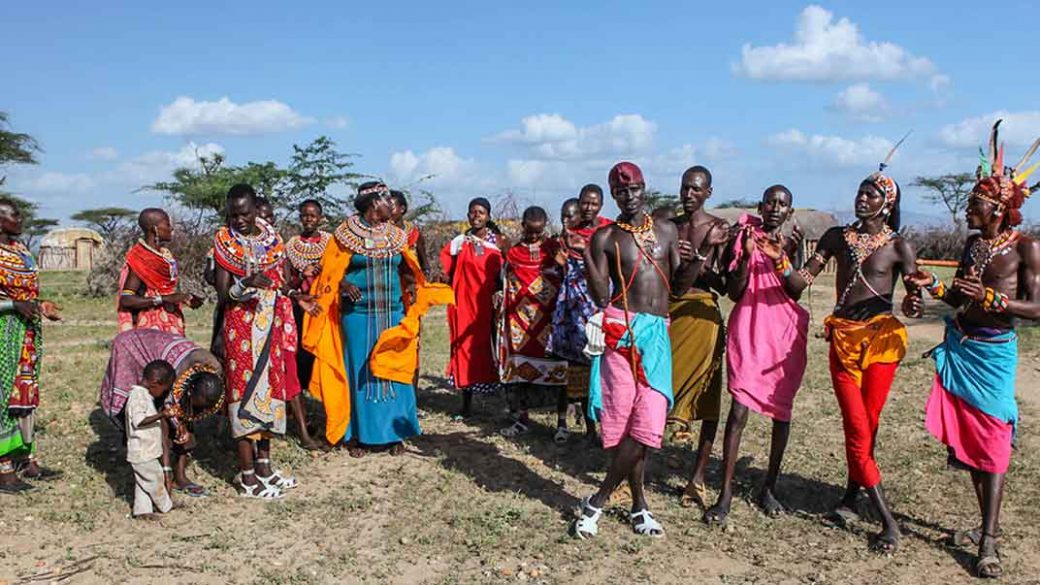 What comes to mind when you think of the Amazon, east Africa or south-east Asia? Many may think of the incredible amount of biodiversity in these regions. But did you know that these hot spots also play host to some of the world’s poorest people?

Solving poverty and promoting biodiversity often throws up conflicting issues. Which such a lack of resources, communities are forced to clear landscapes, at the detriment of nature. But, a project in Kenya is working hard to find a common solution for both these issues, as I’ve recently discovered.

In 1992, the Rio Earth Summit was a turning point in environmentalism. In a rejection of the old model of stick a fence around biodiversity and keep the people out, it threw the emphasis onto community-based conservation and sustainable development. The Millennium Ecosystem Assessment reinforced this by linking human well-being and the natural world through ecosystem services. Due to this, after the turn of the century the brief of conservation was expanded to include the reduction of poverty alongside the protection of the natural world.

This revolutionary change has been welcomed by some but others have pushed back with statements that it isn’t their job and they can do neither effectively. There is no debate over how difficult it is to simultaneously fulfil these often conflicting goals.

But in the vast black sky of projects that have failed to effectively link sustainable development and conservation of biodiversity, there are a few points of light that offer some hope that it is possible. One that seems to provide such hopes is the Northern Rangelands Trust (NRT) of Kenya. Set up in 2004, NRT describes itself as a community conservancy membership organisation. It consists of 33 conservancies, which are run by the communities who live on the land. They receive help from NRT to govern their land, manage their natural resources and run sustainable businesses in a way that is beneficial for conservation. In a fairly short period of time, NRT has been remarkably successful and now helps to manage huge swathes of northern and coastal Kenya.

This achievement is even more impressive given the socio-political situations in these areas. The land that lies between Mount Kenya and Ethiopia is dry and dusty. Sparsely populated by tribal pastoralists, traditionally the only available livelihood is raising cattle. The vastness of this landscape, the lack of infrastructure and the isolation of the communities makes the region very difficult to govern. Young men are seen as warriors, and armed with AK-47s they’re able to re-stock their herds by stealing cattle from neighbours. Inter-ethnic conflict has also marred this region for decades and until recently, it was almost impossible for outsiders to travel to northern Kenya.

Making conservation a consideration in this environment seems like a mammoth task, but is something NRT has managed to do.

One of NRT’s main goals is to encourage species back to the conservancies through habitat rehabilitation such as planned grazing and re-seeding. Training and employment of rangers, backed up by response teams, has led to a big drop in elephant poaching and a wildlife monitoring team keeps tabs on how well species are doing. Incredibly in 2015, 25 years after the last remaining one was poached in northern Kenya, black rhinos were moved to Sera Sanctuary, in the lands of the Samburu people.

The video shows rangers in Biliqo Bulesa Conservancy teaming up with the NRT’s anti poaching unit to collect water for wildlife.

The secret to NRT’s success has been to focus not only on wildlife, but to build conservation into a bigger picture of how to improve the lives of the local people. Along with the conservation activities, they have schemes in place to aid the people in building sustainable livelihoods. They provide finance for peace, enterprise, health, water and education programmes. There is also the associated NRT Trading which provides a market for people to sell beads and other products. They buy cattle from the communities, which are often very thin due to the aridity of the rangelands, fatten then up and sell them on to markets further south.

Security and peace building are also a major part of the project. As well as protecting wildlife, the rangers also aid the police in tackling cattle rustling and banditry. NRT works closely with the conservancies to promote peace by preventing and resolving conflicts, breaking cycles of rustling and bringing people together to discuss in peace meetings. One simple step is just to get people to leave their guns at home when they come together for discussions.

This video was posted to NRT’s social media account in April 2017 showing an example of its efforts. It wrote, “representatives from the Maasai and Samburu communities met in Leparua Conservancy for an exchange of stolen livestock. The NRT peace team, mobile security teams, conservancy rangers and Kenya police worked together with community elders and peace ambassadors to recover the stolen livestock, ensure its safe return and broker dialogue between aggrieved parties.”

Yesterday, representatives from the Maasai and Samburu communities met in Leparua Conservancy for an exchange of stolen livestock. The NRT peace team, mobile security teams, conservancy rangers and Kenya police worked together with community elders and peace ambassadors to recover the stolen livestock, ensure its safe return and broker dialogue between aggrieved parties. Thanks as always to USAID Kenya, The Nature Conservancy in Africa and Danida for supporting this valuable peace work. Stay tuned for the full story next week!

Despite this, all measures point to a conservation that not only protects wildlife, including those that face the most complicated and dangerous threats, but also protects communities and allows them to develop sustainably.

As we learn more, applying this model to other areas could surely only be a win-win.