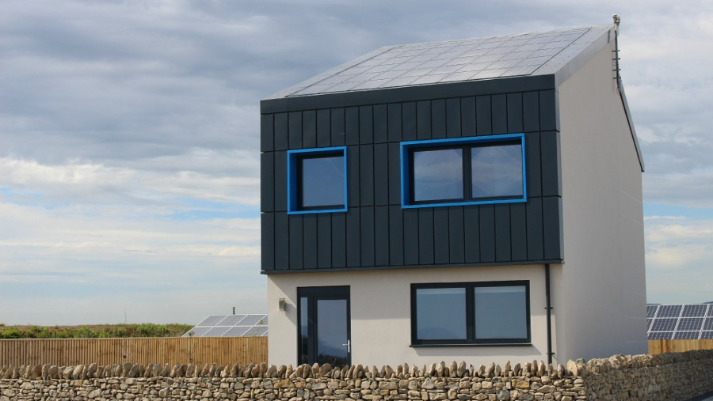 This is awesome. Experts from the Welsh School of Architecture (part of Cardiff University) have designed and built the UK’s first purpose-built, low-cost energy smart house, capable of exporting more energy to the national electricity grid than it uses.

The house, designed by Professor Phil Jones and his team, has been built as a prototype to meet new targets for zero carbon housing set by UK Government (which have typically since been axed). Nevertheless this project shows what’s possible with fairly cheap, commercially available tech and highlights the importance that we start looking after the environment—it’s easy to do after all.

The modest three-bedroom house built in just 16 weeks on an industrial estate outside Bridgend in Wales cost just £125,000. It was designed and constructed as part of the Wales Low Carbon Research Institute’s (LCRI) SOLCER project, and supported by SPECIFIC at Swansea University.

The unique design combines reduced energy demand, renewable energy supply and energy storage to create a net energy positive system. Using batteries to store the electrical energy generated from solar panels, built into the roof structure, and having massive amounts of insulation to reduce energy use in winter months, the house should be able to export electricity to the national grid for eight months of the year—wow!

For every £100 spent on electricity used, it should be able to generate £175 in electricity exports, said Professor Phil Jones. “The building demonstrates our leading edge low carbon supply, storage and demand technologies at a domestic scale which we hope will be replicated in other areas of Wales and the UK in the future,” he continued. 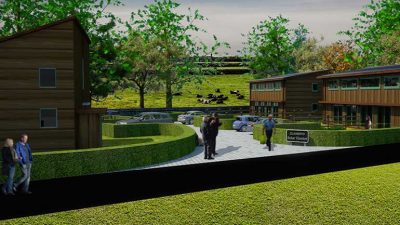