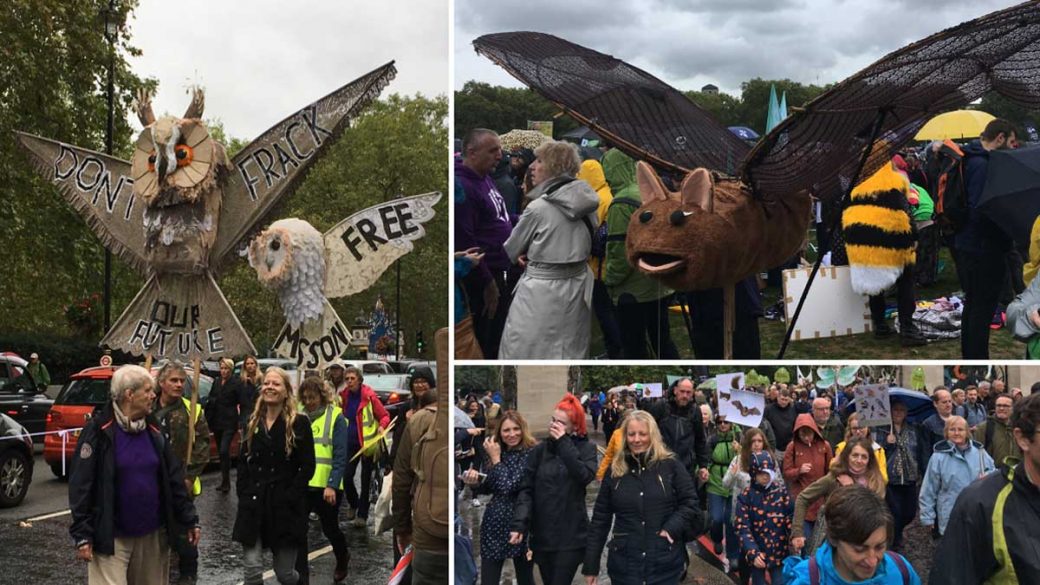 On a very damp London Saturday, thousands of people gathered in Hyde Park to show their support for nature in the UK. The People’s Walk for Wildlife on 22 September was organised and led by TV presenter Chris Packham and was “born out of frustration” with the way conservation has been going in the UK.

We are presiding over catastrophic declines in species across the country, and if we don’t start taking serious action soon then they will start disappearing from our nation forever. People and organisations from all over the country descended on the capital. I was there with Action for Conservation, an amazing charity that works to inspire the next generation of nature conservationists, regardless of the career they choose to follow.

The aim of the walk was to show that people still care, and they answered the call. A large crowd stood in the rain in the park listening to talks from scientists and conservationists, including some inspirational speeches from young naturalists as young as 14.

“It’s time to wake up,” said Packham. “We are presiding over an ecological apocalypse and precipitating a mass extinction in our own backyard. But—vitally—it is not too late. There is hope we can hold to, and there is action we can take.”

There was also music from Billie Bragg, Grace Petrie and others before the walk began.

“Its hard to ignore the politics of the environment given the way that the climate is changing,” said Bragg, describing how storms on the coast where he lived had noticeably intensified during his life. “We need genuine green policies at the forefront [of political debate], and a bit of people pressure on that is quite positive.”

People carried banners and placards, with others dressed as badgers, foxes, bees and birds. The urban sounds of London were drowned out as birdsong rang out from hundreds of smartphones. The colourful march snaked through central London before finally ending at Richmond Terrace.

Delivering the first draft of the People's Manifesto for Wildlife to Number 10, with the next generation. #PeoplesWalkForWildlife pic.twitter.com/AgZE1IPirq

The walk was accompanied by the delivery of ‘A People’s Manifesto for Wildlife’ to Downing Street. This presents a series of essays by 18 specialist ‘Ministers’, who each focus on a particular area of conservation. Calling for an end to the “war on wildlife”, the manifesto is radical, controversial and certainly pulls no punches in its wording:

It’s horrifying. Depressing. Disastrous. And yet somehow we have grown to accept this as part of our lives—we’ve normalised the drastic destruction of our wildlife.

To our shame, we are careless with our language. We say that ‘we’ve lost 97% of our flower rich meadows since the 1930s’ or that ‘we’ve lost 86% of the Corn Bunting population’. We speak of ‘a loss of 97% of our Hedgehogs’. Loss, lost… as if this habitat and these species have mysteriously disappeared into the ether, as if they’ve accidentally vanished. But they haven’t—they’ve been destroyed’

The manifesto lays out nearly 200 measures that these ministers recommend are needed to turn around conservation in the UK. As Packham was keen to emphasise, this is just a first draft. Further drafts will come out of a further dialogue with anyone who wants to get involved. So join the conversation, so we can continue to show that people still care about UK nature. 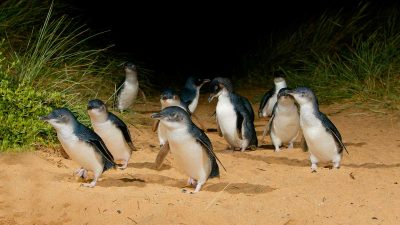 Snowdonia is facing a huge erosion problem, as more and more head to its mountains