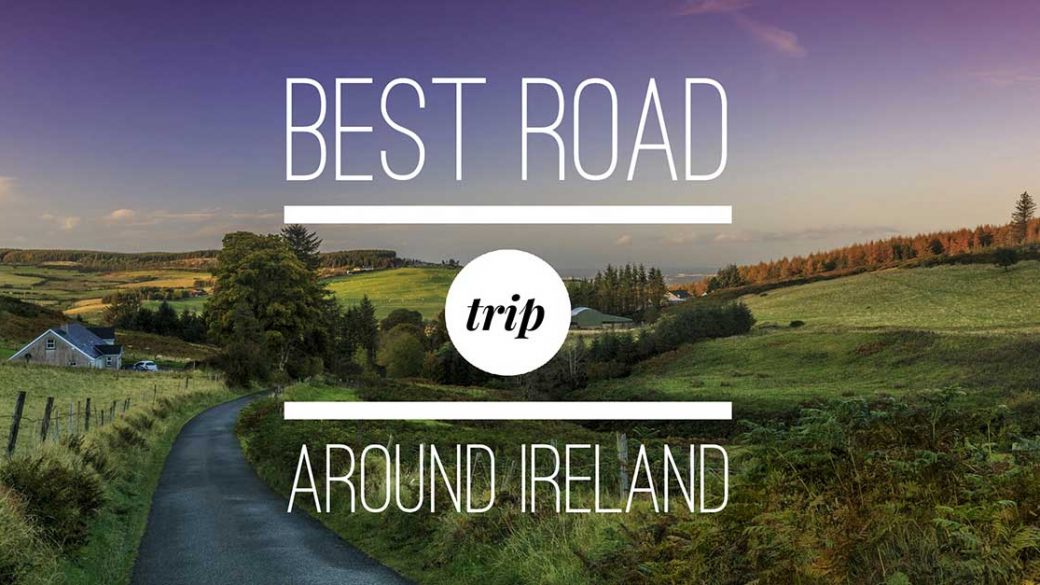 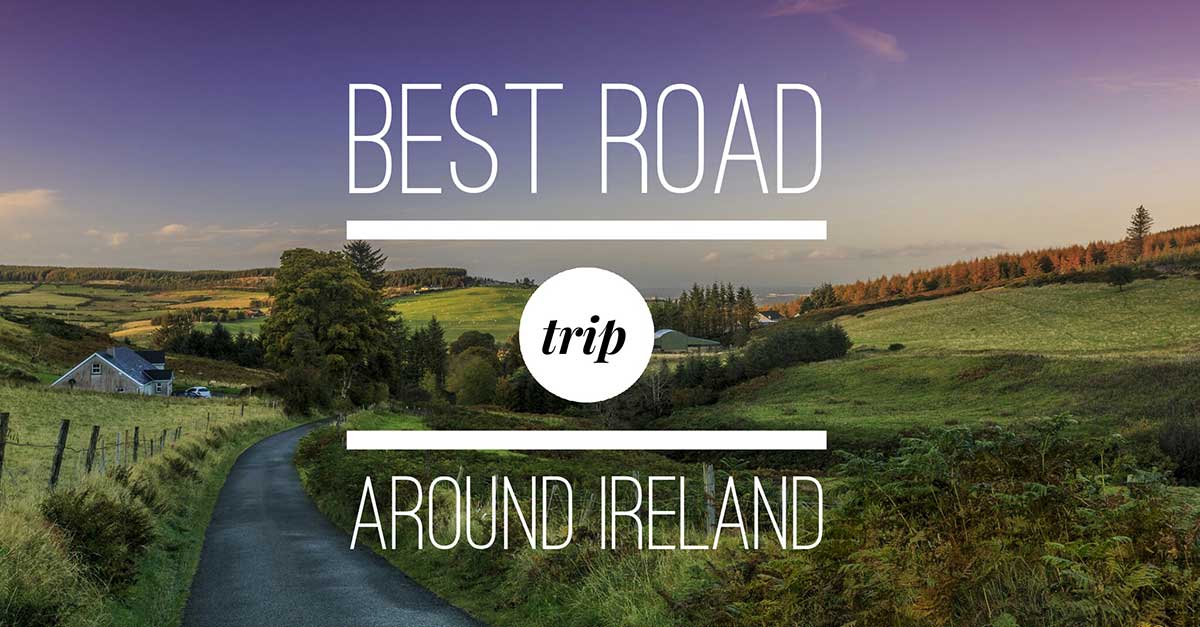 In August, myself and Ben set off on a two week trip to Ireland. Neither of us had ever been to Ireland before but our friends and family kept telling us how amazing and beautiful it was. When it comes to planning a trip from scratch, I’m always the one doing a little pre-research. While some random person once said “spontaneity is the best kind of adventure”, I kind of think some of the fun is in the planning. Plus, if you’re limited in time, you’ll want to plan in the best sights and activities.

We planned a two week trip to Ireland, encompassing six of its counties. While there is still a mountain of things to do in this green island, it was a really great introduction, encompassing some of the best things to do. For anyone thinking of doing a similar road trip, here’s my 2-week Ireland road trip itinerary.

Living in the south west of England, the best of option for us was to get the ferry from Pembroke to Rosslare. If you’re flexible on timing, a ferry can work out much cheaper than a flight and means you can drive your own car. For those in the north of England, you can also get the ferry from Holyhead in North Wales to Dublin and from Liverpool to Dublin. 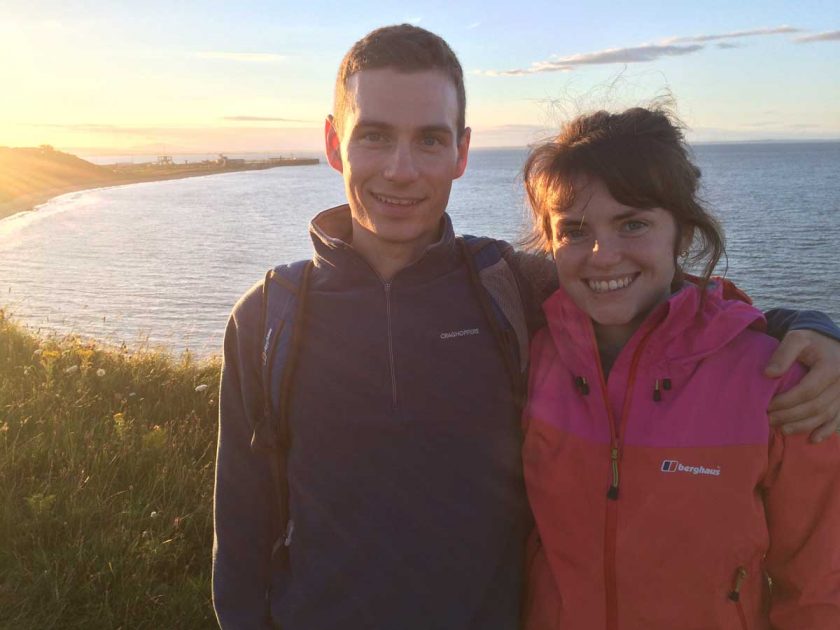 We stayed over in a really nice B&B near Rosslare harbour, before setting off to the county of Galway on the next day.

The drive took around four hours, through really open landscapes. It was our first insight into Ireland and from diving through you get a real insight into how idyllic Ireland is. The land is much less built up than England, roads are less busy and you could drive several miles before you see another person. I don’t think we encountered a single traffic jam until we reached the major cities. Even then, it was nothing like Bristol, Birmingham or Manchester.

We based ourselves in Kilmaine, just over the border from Galway in County Mayo. While some prefer to hop to different accommodations on the route, I find having a base really useful. It’s easier to store and clean your gear, means you’re not driving all the time and usually works out cheaper. It was an ideal location for everything we wanted to see and do in County Mayo, Galway and Clare.

Rather than describe everything in detail, here’s my list of the top things to do in these counties. I’ve listed what we did and also added in some suggestions from locals. If you’re an avid walker, or into your outdoor activities, these two counties offer some of the best landscapes and hiking routes.

Top things to do in County Mayo

Top things to do in County Galway

Top things to do in County Clare

The drive down from Kilmaine to Kenmare took us around 4 – 5 hours. It was fascinating to see how the landscape changed. While still sparsely populated, we came across more towns and the landscape transformed from agriculture fields to woodlands and forests. We based ourselves in Kenmare, “The jewel in the Ring of Kerry. ” An ideal location from which to explore the peninsulas of County Kerry and Cork.

Once again here’s my list of the top things to do in these counties. I’ve listed what we did and added in suggestions after chatting with locals.

Top things to do in County Kerry

Top things to do in County Cork

As we were in Ireland, we thought we might as well visit Dublin. It also worked well as we got the ferry back home from Dublin to Holyhead in Wales. I didn’t know what to expect from Dublin, and after two weeks in peaceful tranquillity, it was quite a shock to be back in a bustling city. While it certainly wasn’t my favourite city, after two days I did start to warm to its charm.

If you’re limited by time, the best thing I recommend, that we also did, is the Sandermans walking tour. The tour was engaging and packed with a lot of information and history. It actually gave great context to the history of Ireland as a whole.

For food, I’d recommend Umi Falafel. Ireland is expensive, especially Dublin. But this little gem on Dame Street offers amazing tasting Lebanese food, for a really reasonable price. We managed to order so much food, that we took it away and ate it the next day!

Day 14 and we returned home after a very long drive down from Holyhead. Looking back at the trip, we covered a lot but also had time to appreciate the views and chill. It was important for us not to over plan and while I’ve listed a lot of different things to do, I recommend picking a few and enjoying the whole experience.

Ireland is awesome and I strongly urge anyone who’s thinking of going to do it. It’s tranquil, unique, remote but homely and the people are incredibly welcoming. This guide was in part created after speaking with so many well-wishing locals.

I definitely hope to go back in the future and if I had more time I’d want to explore more of County Cork and the eastern counties.

Have been to Ireland and/or Northern Ireland?
What other places would you add to this Ireland road trip itinerary?

How to improve your travel planning with these 13 tips

Posted in: Explore Tagged: Ireland| Things To Do