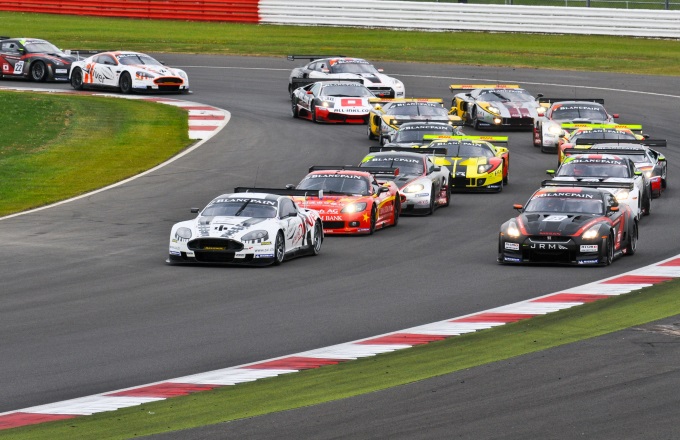 These are just a few sim-racers who took the experience they gained from the iRacing.com Motorsports Simulation software and successfully translated it to real-life racing. As a result, their names were catapulted to stardom in the sim-racing world and rightfully so as they’ve been able to do what few of us will ever accomplish.

Sim-racers transitioning from virtual to real-life . . . it’s a story which has been told time and time again in that sim-racing prepares you for real-world racing. But where does that leave the rest of us who may never sit inside a real race car?

Although the vast majority of sim-racers will never become real-life championship-winning (or even race-winning) drivers, are we still able to take anything away from a simulator other than being able to school a few pimple-faced teenagers at the local go-kart track who drive Walmart-accessorized Hondas?

A little bit of backstory…

It was a typical but unremarkable evening when I found myself racing in one of iRacing’s Blancpain Sprint Series races at Bathurst several months ago. As I raced my virtual McLaren MP4 through the twists and bendy bits of Mount Panorama, I was doing fairly well and in contention for a solid top-five finish.

With only a few minutes remaining, however, I got held up by an on-track incident which cost me several seconds. As a result, the car behind made up quite a bit of ground and was now within a second of me. I now had a battle on my hands if I hoped to maintain my position.

By my estimation, there were only about two laps remaining in the timed race as my pursuer and I raced flat-out down Conrod Straight. Leading up to that point, I had been able to extend the gap over my challenger to a little under two seconds.

As we raced into the braking zone leading into The Chase, however, I took one last look in the mirrors. In doing so, I noticed that my pursuer had braked way too late and was now barreling towards the back of my McLaren.

At first, I thought it was some ill-fated attempt at a dive bomb down the inside. However, the driver made no attempt to change course and was headed straight for my back bumper. I knew I wouldn’t be able to make the turn in time to avoid the contact and impact was now imminent.

In an attempt to soften the blow, I simply straightened the wheel and took my foot off the brake and decided to abandon the turn. By doing so, my car didn’t absorb the brunt of the impact (which would’ve caused more damage) and I was simply pushed forward into the sand with only minor damage to the rear. Although disappointed, I was able to get back onto the racing surface and finish the race.

As unremarkable (and in some regards, typical) an event which that was, that incident stuck with me for a while. As I recall what happened during that split-second from when I first noticed that the car behind wasn’t going to stop in time to the point of the actual impact, I had made an instinctual decision which I had never practiced or planned before. Although I had been in similar situations in the past on iRacing, I never walked away telling myself “Next time I’ll just lift off the brake.” It was instinct – forged by countless experiences – which had taken over in the blink of an eye.

I was driving to work on what was just another weekday in downtown Dallas, TX. As I entered the city, I approached a stop-light where I was at the front-row of a three-lane road. As I brought my trusty Ford Focus to a stop, I just happened to glance up into my rear-view mirror to notice a car barreling towards me. The speed limit on that road was 40 mph and the fast approaching car was showing no signs of slowing down.

Although I was hoping the driver would somehow stop in time, I knew the car was traveling too fast and closing in too quickly for that to happen.

At the last second, I lifted my foot off the brake just a moment before the heavy impact propelled my car forward. The impacting car burst into flames behind me.

Inside my car, the force of the impact had pushed my head hard against the headrest. Due to my foot being off the brake, however, my head and neck didn’t lurch forward which is often the case when a car comes to a sudden stop.

The driver of the other car (whom I later found out was a 17-year old with no license or insurance) bailed-out even though the blazing inferno of a car was still rolling.

As both cars came to a stop moments later, I finally breathed.

The impact and subsequent fire left the other car a charred remnant of what once was a Toyota Camry. As the fire department arrived and extinguished the flames, the true force of the impact could be seen on the crunched body of what remained of the impacting vehicle.

Although pictures show only minor damage to my car, a look underneath proved otherwise. As a result of the extensive under-body damage, my car was deemed a total loss.

Although I did suffer from a minor case of whiplash, my doctor later told me that given the speed which the other car was traveling, the fact that I was at a complete stop and from similar cases their office had dealt with previously, if I hadn’t lifted my foot off the brake, the injury and strain to my neck would’ve been significantly more severe with possible permanent damage. I can without a doubt credit that to my experience in the simulator.

It was instinct – forged by countless experiences – which had taken over in the blink of an eye.

Sim-racing experience certainly helped me in a real-life incident, but it also helps people on a daily basis all over the world.

Heavy rain, fog, dusty roads, off-road, limited visibility, incidents which happen around you: These are just a few conditions which simulators such as iRacing, Assetto Corsa, Project Cars, rFactor and several others allow sim-racers to experience in varying degrees. These experiences, although simulated, allow sim-racers to learn car control techniques of which we otherwise would be ignorant.

The bottom line is that sim-racing makes you a better driver not only on a race track, but also on the roads you travel daily.

Although many of us will never experience what it’s like to translate the skills from sim-racing to driving a race car in real-life, I can now say from personal experiences that the lessons learned from racing simulators are invaluable and may end up saving your life.

Remember that the next time someone plows into the back of your virtual car.

Article by Paul Slavonik in partnership with iRacing.com