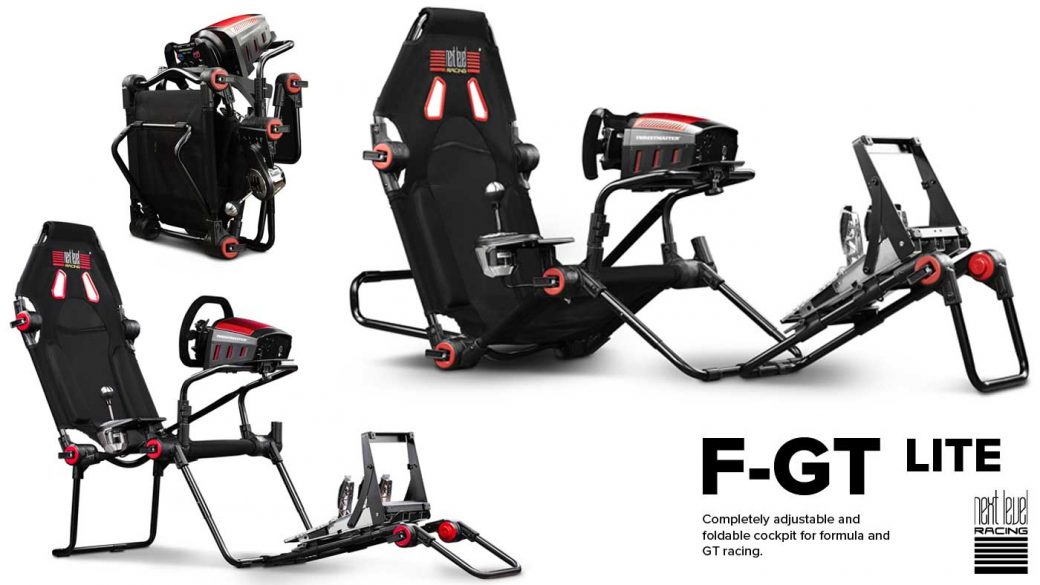 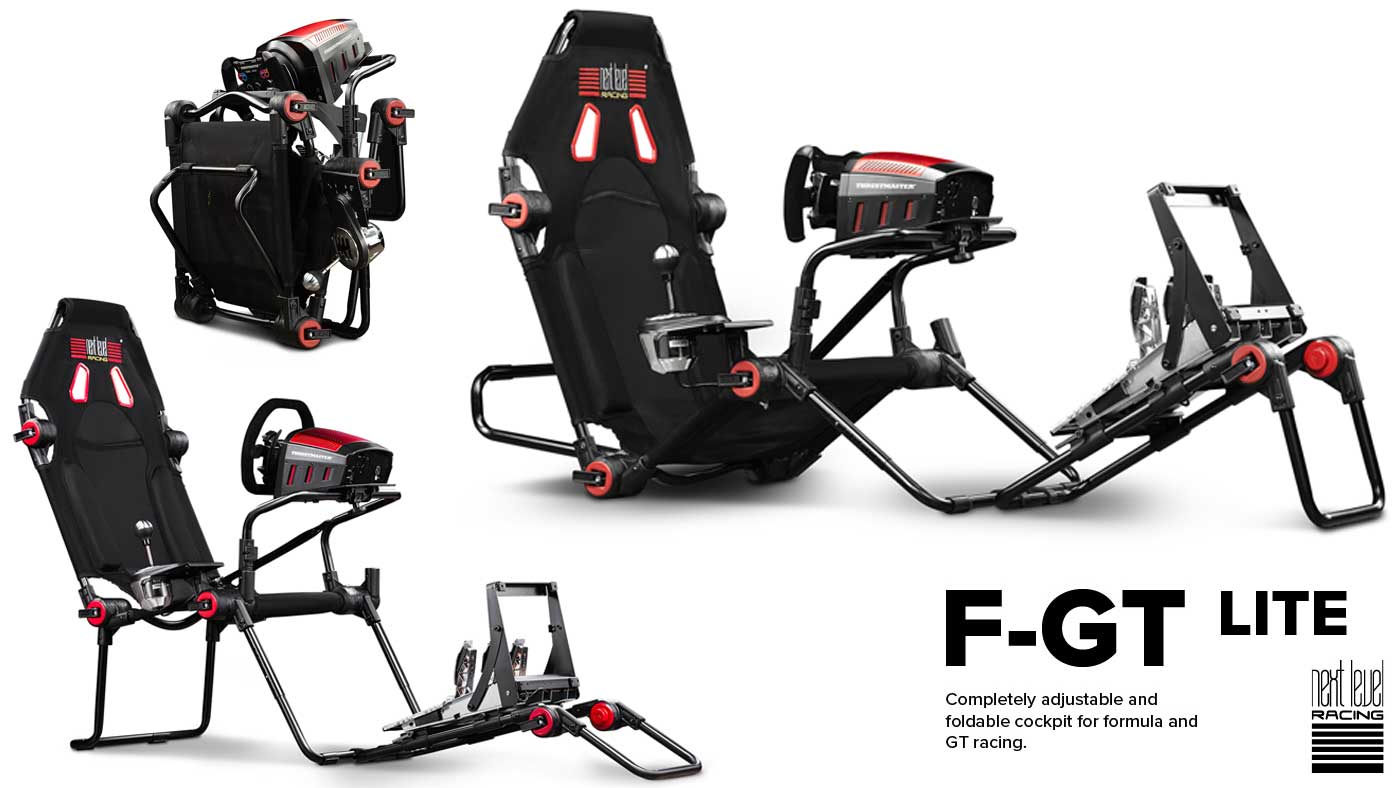 For many sim racers, a lack of space prevents them from being able to take their hobby to the next level. Apart from sticking to a wheel stand, there aren’t many options for those needing a sim racing solution that can be easily stored when not in use.

The Playseat Challenge goes some way to filling this gap in the market. It’s essentially a turbo-charged deck chair that can be folded up for easy storage and was, in fact, my first sim racing rig. At the time, it was the only off-the-shelf solution that fit in the space I had to work with.

However, Next Level Racing has just launched a new foldable complete cockpit that looks to address some of the shortcomings of the Playseat Challenge. Could it be the small-home sim racing chassis we’ve been waiting for? Take a look at the launch video below.

The F-GT Lite is built around a series of unique adjustment hubs, positioned in key areas of the cockpit. Next Level Racing has apparently been working on these for over two years and has developed a quick-release mechanism that can withstand 150 kg of force, while still enabling the cockpit to fold up and pack away.

When fully folded, the F-GT Lite has a tiny footprint of 75 x 40 x 87 cm, but the adjustment hubs are also key to the rig’s other party trick. Like its bigger brother, the F-GT, the Lite version is two cockpits in one, allowing users to switch between Formula and GT driving positions on the fly.

Our review unit arrived today, so I’ll have more thoughts to share in the coming weeks. However, from the information NRL has shared, the F-GT Lite has two important features missing from the Playseat Challenge. Firstly, it includes a shifter mount, which can be installed to either side of the rig. Secondly, the pedals can be hard-mounted to the pedal deck and adjusted in tilt angle.

Like the Playseat Challenge, though, the Next Level Racing GT-Lite has a fabric seat—an interesting blend of Alcantara and breathable mesh—styled to look like a racing bucket seat.

“We designed the F-GT Lite from start to finish with the customer in mind. We know that not everyone has a tonne of space for a racing cockpit, so we built a product with those sim racing fans in mind,” said NLR CEO Hess Ghah. “It’s our goal to make authentic sim racing accessible to everyone and the F-GT Lite is just one of the ways we’re doing that,” he added.

We’ll be getting hands-on with the F-GT Lite soon, so stay posted for a full review in the near future.