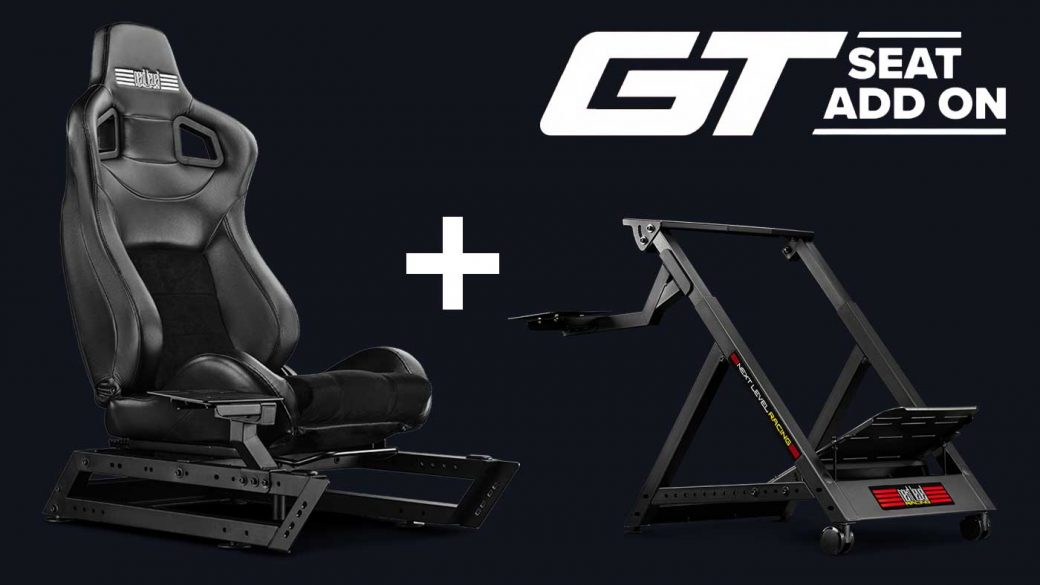 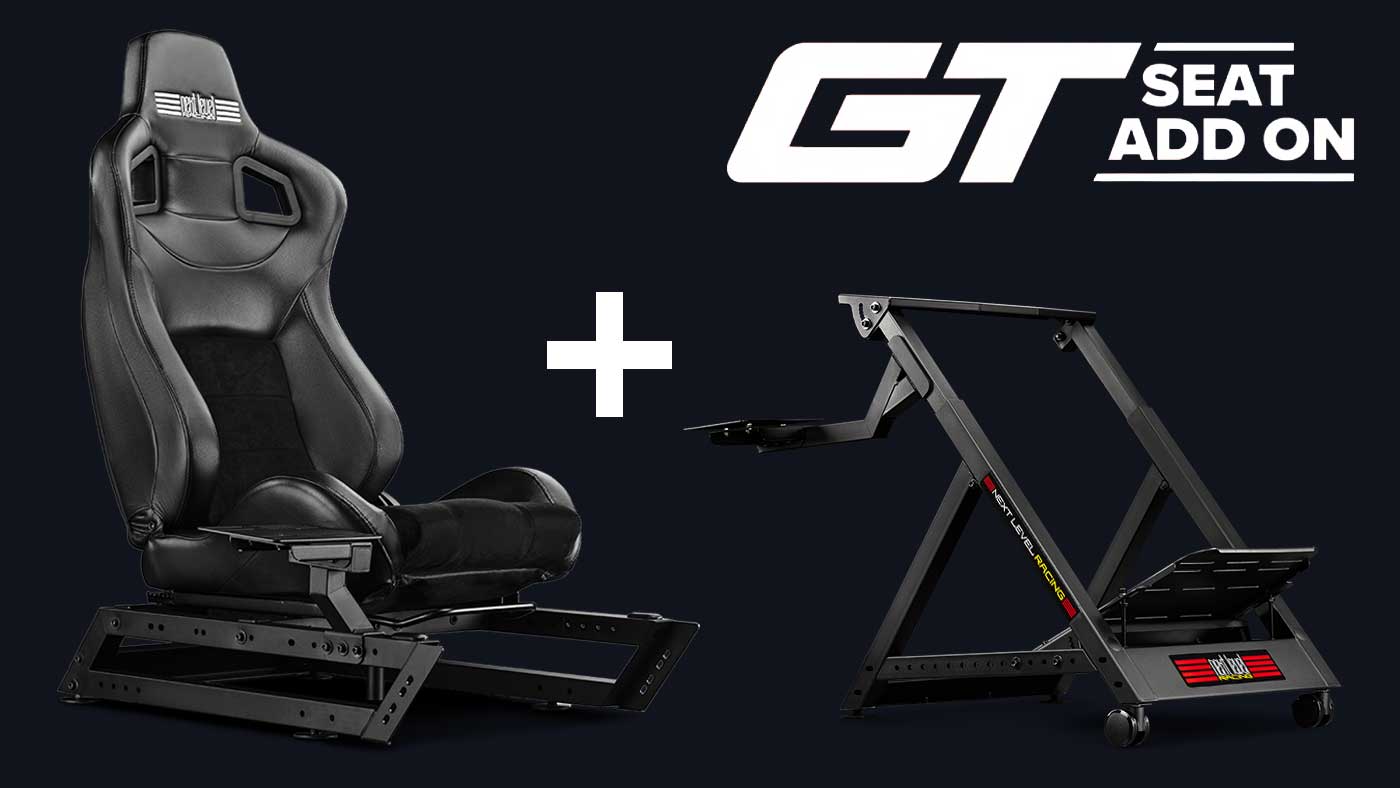 It’s been almost two years now since Next Level Racing (NLR) launched the Wheel Stand DD—a wheel stand built to withstand the sheer forces of direct drive wheels. At the same time, the Aussie brand also revealed a new entry-level wheel stand called the Wheel Stand Racer, which could be upgraded to a full cockpit with the Challenger Seat add-on. Users of the beefier Wheel Stand DD, however, have been stuck using their office seat—until now!

After much anticipation and production delays, due to Covid-19, Next Level Racing has finally launched the GT Seat add-on, which converts the Wheel Stand DD into full sim racing rig.

The seat itself looks very similar to the seat on Next Level Racing’s flagship rig, the GTtrack. It’s made from a breathable fabric with added synthetic leather trim. The reclining backrest and seat sliders provide full adjustability, while the included accessory mount supports both a shifter and handbrake.

You can now pick up the GT Seat add-on for £449 (UK) / $499 (US) as part of NLR’s upgrade eco-system. It’s a model that works really well for sim racers on a limited budget. Instead of having to buy a complete rig outright, they can get started with a cheaper wheel stand and then expand it in the future, when their budget allows. The completed cockpit is also compatible with the V3 and Traction Plus motion platforms—so there’s really no limit as to how far you can upgrade this rig.

Next Level Racing is clearly a brand that strives to keep innovating, having just announced a new partnership with iRacing…and now this new seat add-on. But, that’s not all; following user feedback, the team has also made available frame-only variants of the GTtrack and F-GT cockpits.

On the new product launches, NLR CEO Hess Ghah had this to say:

Through our great customer feedback, as well as comments from various communities around the world, we are pleased to launch an expanded range for the GTtrack and F-GT cockpits, as well as the GT Seat add-on for the existing Wheel Stand DD. We have listened to our fans and are happy to offer increased accessibility for premium cockpit solutions with more customisation options, whilst lowering the price.

Let me know what you think of Next Level Racing’s upgrade eco-system and the new frame-only cockpits in the comments below.

Next Level Racing Wheel Stand 2.0 review: Is this the best wheel stand?