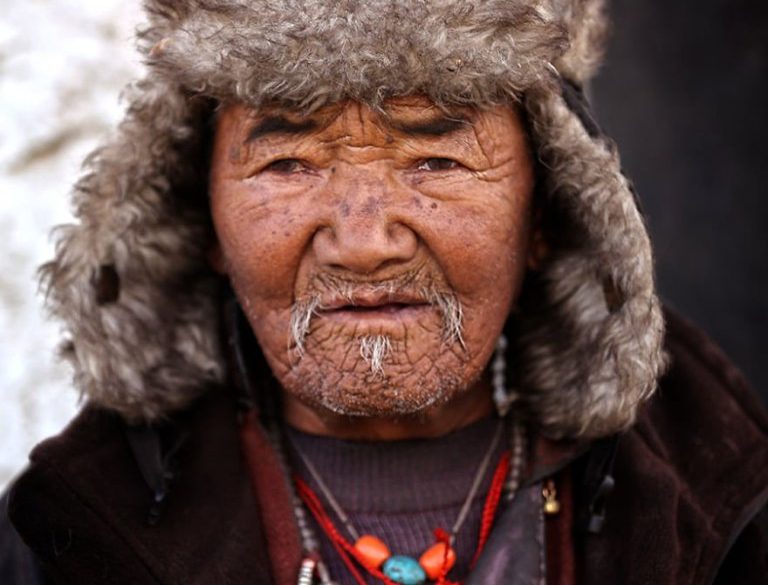 For the last eight years adventurer and photographer, Alexander Khimushin, has been exploring the world and documenting his travels. Realising that the most interesting parts of his journey were the people he met, Khimushin began photographing local people. He began complying a collection of portraits of the extraordinary people he met around the world, and so ‘The World In Faces’ was born.

Check out the full gallery of photographs here.

Khimushin reveals “the idea behind the project is simple. I want to show the diversity of the world we are all living in by taking portraits of its incredible people. If we all realise how unique and amazing we, the people, are, we will care more about each other, be more tolerant to people of another ethnicity, religion and culture.”

We spoke to Alexander Khimushin to find out more about him as a photographer and traveller and to discover how and why he started this inspiring photo documentary.

1. What inspired you to travel and document the faces of people around the world?

I have always been fascinated by how diverse our world is. This diversity comes in many forms and travelling is probably one of the best ways to experience it. At least it was for me, when 8 years ago I packed my backpack and hit the road. Since then I’ve been globe-trotting the world almost non-stop. While on the road, I realized that people were the most interesting part of my travel experience; it was these people that I have the most unforgettable memories about. I was especially fascinated by people living in remote off the-beaten-path places, where traditional lifestyle and ancient culture remained untouched by the outside world. I felt that every aspect of life there had a close connection to culture and traditions of people. I believe that without this cultural diversity the world will become faceless. However, this is exactly what has been happening.

Although there are hundreds of unique ethnic minority groups in the world, due to globalization, environmental issues, wars, racism and religious discrimination, many of them are living on the edge, losing national identity, language, traditions and in many cases facing total extinction. Watching it all happening before my eyes I came up with an idea of the photo project ‘The World in Faces’. I wanted to show diversity of our world through the portraits of its unique and amazing people.

2. How long did the project take?

This is an ongoing project. I’ve taken my first portraits of the people around the world several years ago. However, the idea of ‘The World in Faces’ photo project came to my mind in 2014, when I put together all the portraits that I had already taken. I looked at all of the faces on the photos and thought: “Wow! These people are just amazing!” The idea captivated me immediately!

3. How many countries did you visit, and how many people did you photograph?

In total I have visited 84 countries. Within the last two years I took portraits of people in the Indian Himalayas, tribal areas of Ethiopia, Mauritania, Western Sahara, Somaliland, Djibouti, Central Asian States, Afghanistan, Mongolia, Guatemala, Cuba, and Japan. Earlier this year, for example, I spent 1.5 months in the Guatemalan Highlands with only one mission: to visit and take portraits of all the various ethnic groups of the Mayan people. I never counted how many people I photographed in total. Two-three hundred at least. I still have many photos that haven’t been sorted yet.

4. What’s the key message you want people to take away from your work?

I want to show diversity of the world we all are living in through the portraits of its incredible people. If we all realize how unique and amazing we, the people, are, we will care more about each other, be more tolerant to people of another ethnicity, religion and culture. I think it is very important, especially now, when there are attempts to manipulate public opinion by putting seeds of mutual distrust and disrespect, trying to uses our differences as a tool for disintegration. But our diversity is not a reason to hate each other. Quite opposite, we must admire and respect it. Yes, we have differences, yet we are the same. People all over the world share the same fundamental values: love, truth, justice, freedom. Peace will come with understanding of that. Visiting ethnic minorities all over the world I have also learnt a lot about problems they are facing. Through my work I would like to bring attention to their hardship.

5. What did you enjoy most about putting the project together?

Exploring the unknown, travelling to the off the-beaten-path places is a great experience! Every time it is a real adventure. Often there is not much, if any, information about places. Travelling by overcrowded local bus, on the top of a truck, in a cargo-train empty carriage, riding a camel, hitch-hiking, you name it! It’s extreme in a way, but I really enjoy it, because there is always something to remember! I normally travel alone without any tour guides, I found that it’s the best way to mingle with local people and make friends, even without knowing a language.

6. What challenges did you face?

In some countries, due to local traditions or beliefs it is very difficult to take photos of people. In some cases I spend hours taking to a person to get his/her OK for a photo, but I can’t speak all the languages of the world! In Guatemala, when I visited a remote Mayan town, with all the men wearing traditional colourful clothing, nobody would allow to take a photograph. I stayed there for two days, but it would not make any difference. Then I decided to go to a municipality and offered a free photograph to each person in town. After a long discussions some of the people there finally agreed. Next day I travelled at the back of a pick-up truck for 3 hours to the nearest town where I printed all the pictures and returned back to hand them over to the people. When I saw their happy faces I thought that it was a real win-win situation!

The best experience for me as a photographer is when, while travelling in some really off the-beaten-track locations, purely by chance I witness some kind of a celebration or a ritual. Local people normally would invite me to participate and I get a unique opportunity to take pictures there. The worst experience was probably when I got arrested in one of the African countries without any reason, just for taking photos on the street. My camera and passport got confiscated, I was detained and extensively questioned for five days. All of my pictures were deleted and I was released on the condition that I would leave the country immediately.

Gallery: The World in Faces project documents the peoples of the world 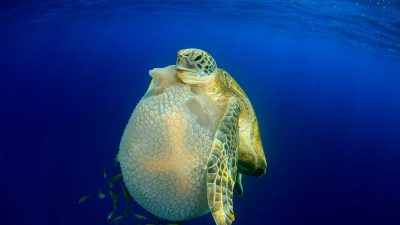 Underwater photographer of the year 2016