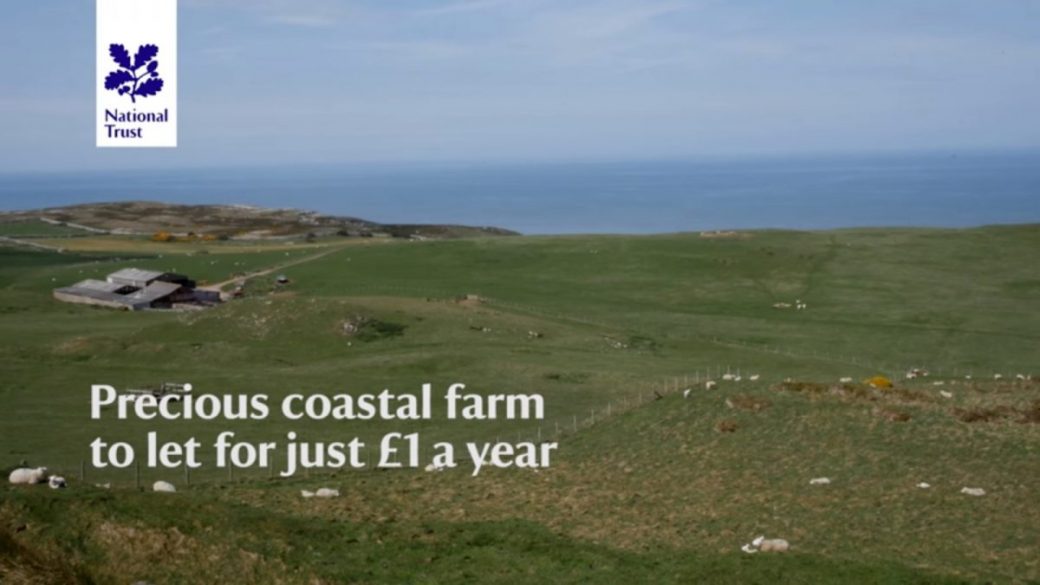 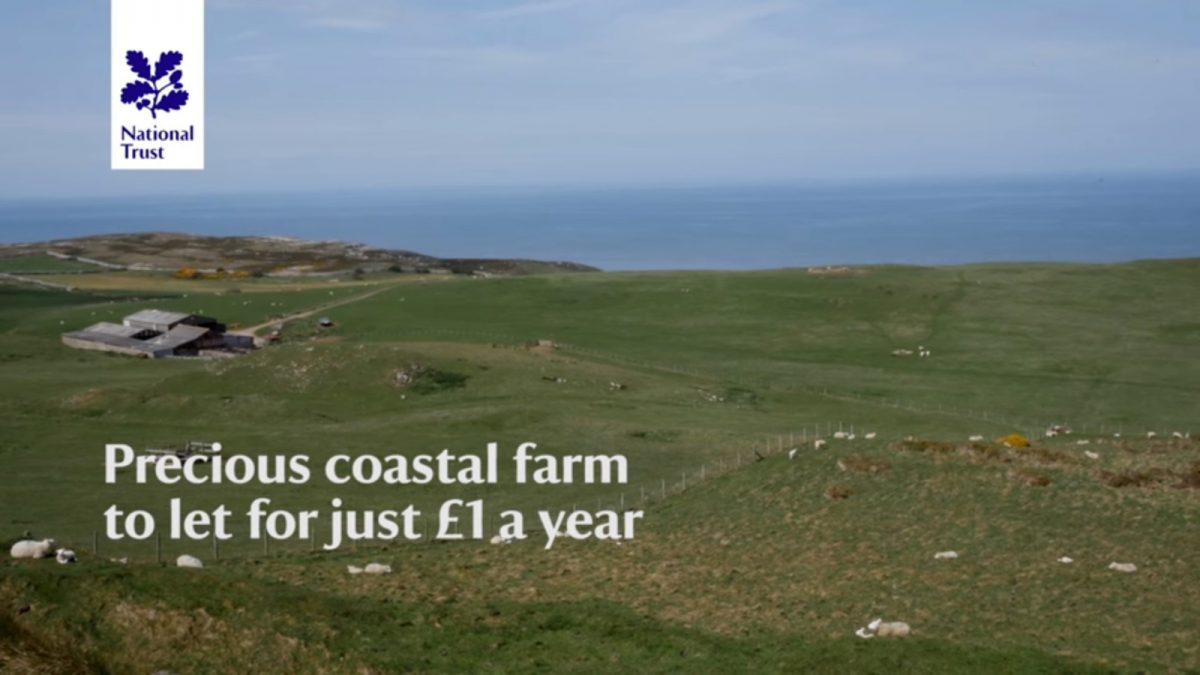 A tenant has been found for a £1m farm, in Great Orme—North Wales, who will pay just £1 a year rent to look after it and its “fragile” landscape.

Last year the National Trust (NT), Europe’s largest conservation body, stepped in to buy and protect the land, that was on sale as a potential site for a golf course. The site has rare habitats and species—some of which the charity said existed nowhere else on Earth.

3 months ago, the UK charity launched a campaign to find a skilled and passionate tenant for the farm, who would work the land sustainably in combination with wildlife conservation.

The National Trust will now hand over the keys, to Parc Farm, to 38-year-old Dan Jones from Anglesey. In a press release, the NT stated:

Following interest from around the world we’ve chosen Welsh farmer Dan Jones to take over this precious landscape and farm in a way that encourages it to recover and thrive. Dan will take a ‘nature-first’ approach to farming in this special place which is home to rare habitats and species found nowhere else on earth.

This is not the first time Jones, who farms 1,000 sheep on Anglesey, has won a National Trust search. Two years ago, he was given the role of support shepherd on the slopes of Snowdon for the National Trust. Jones said:

I couldn’t quite believe it when I got the call to say I was successful. I was in shock.

My wife Ceri, son Efan and I are just super excited. This opportunity will change our lives.

Y Parc is a dream farm, it is such a beautiful location, the views are amazing and I’m really looking forward to farming in a different way to make a difference for nature.

With the tenancy at just £1, it allows us to be able to farm far less intensively, focus on improving the habitats, share more of what we’ll be doing with visitors and still produce great food.

Habitat and wildlife conservation will play a crucial role in this project. On the farm’s unique landscape, the NT stated:

It is home to rare species not found anywhere else in the world including the wild cotoneaster and two subspecies of butterfly, the grayling and the silver-studded blue.

Competition for the tenancy was tough. Apparently, the Great Orme general manager William Greenwood and his team took calls from potential applicants at the rate of over 100 an hour for days!

In a BBC interview, Greenwood said:

All applicants had to show how they could make the farm work with a clear vision and business plan, and explain how they could use their knowledge and experience to implement a specific grazing regime as a written application.

These applications were measured against a strict set of criteria and only the top seven were shortlisted for interview.

We are convinced that in Dan and Ceri, we found that elusive combination of skills and experience we were looking for, and have a couple who view a productive farm as one which maintains healthy wildlife and encourages visitors to act for nature, as well as produce good, healthy food.

It’s great to see the National Trust approach wildlife conservation is creative ways. I’m sure that the farm and local ecosystem will thrive under this new watch.

To help protect the environment on a daily basis, use our non-profit search engine, Search for the Planet, to search the web—90% of profits are directed to our environmental charity partners.