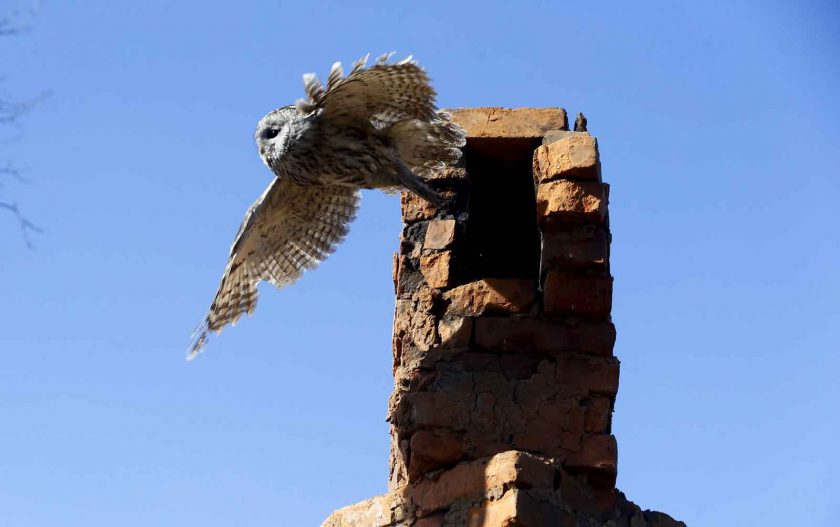 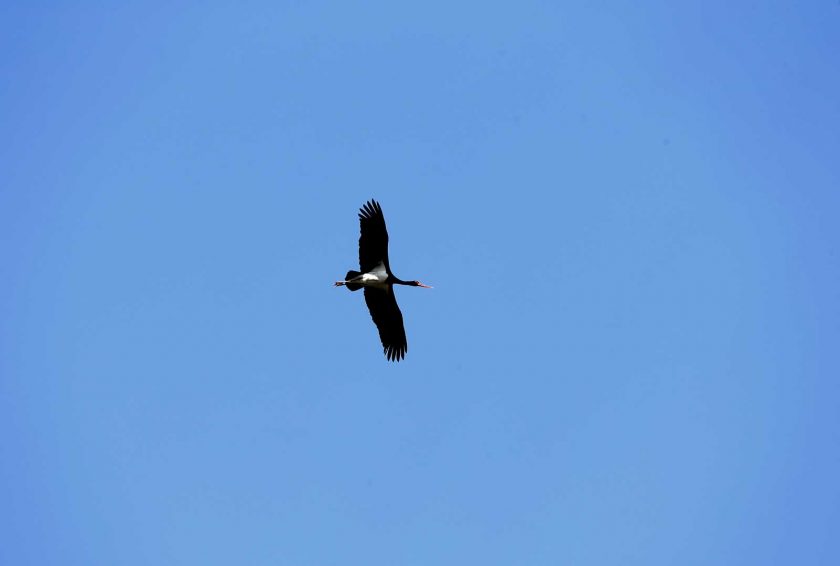 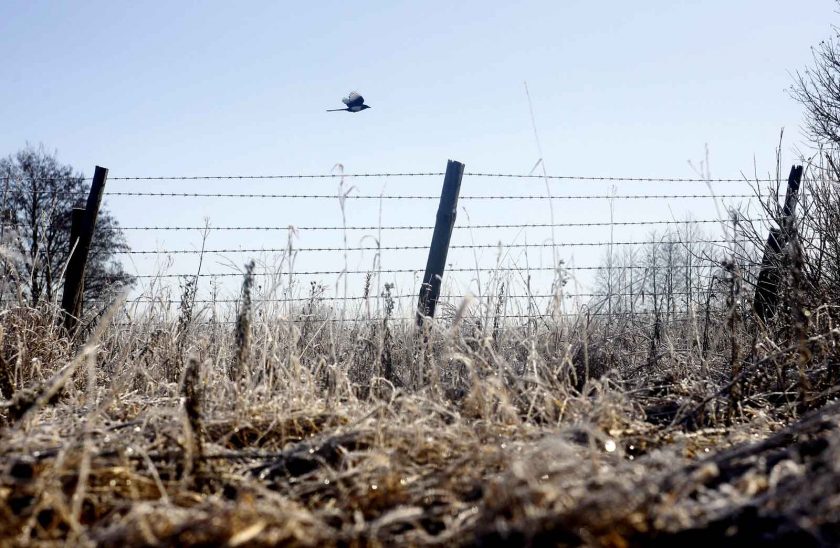 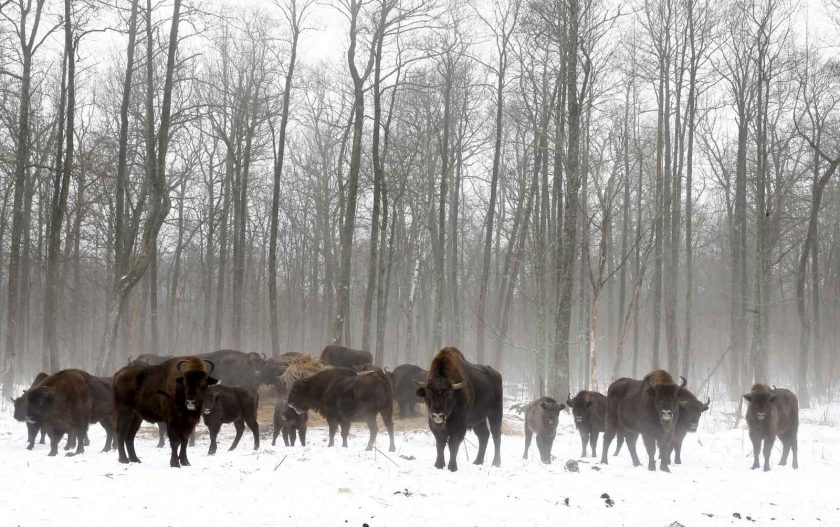 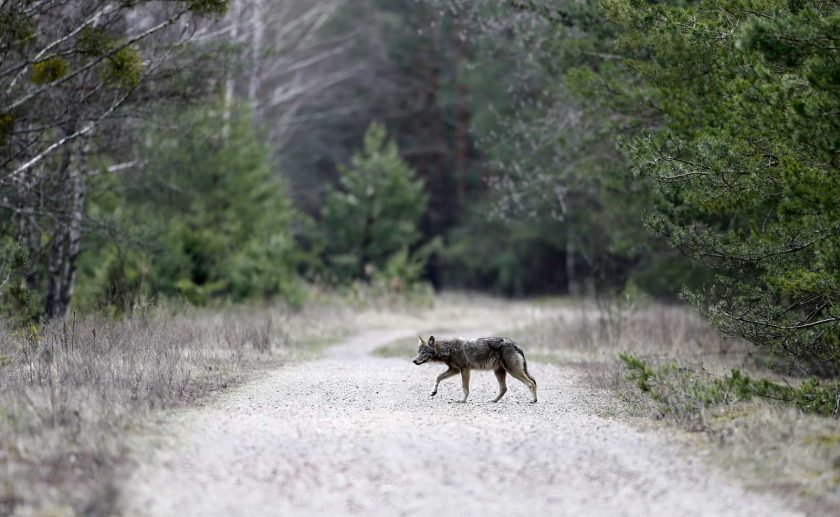 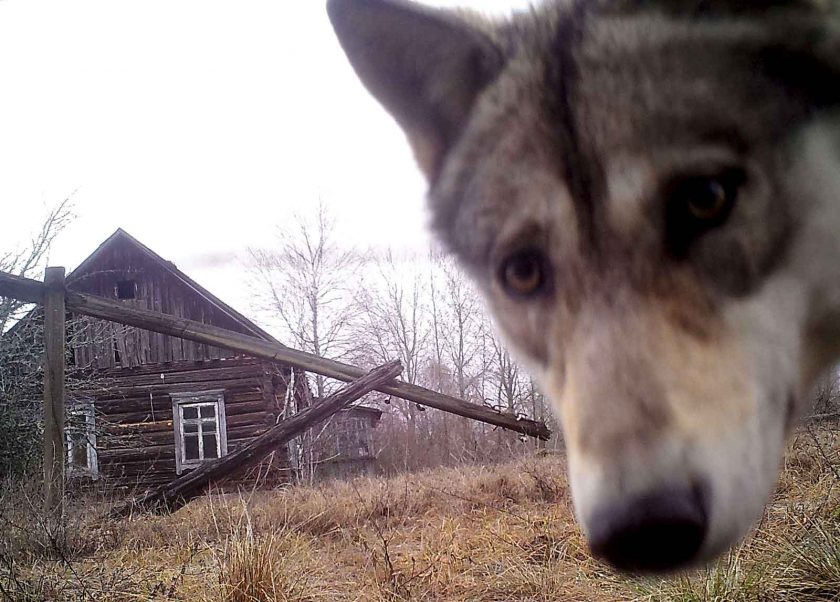 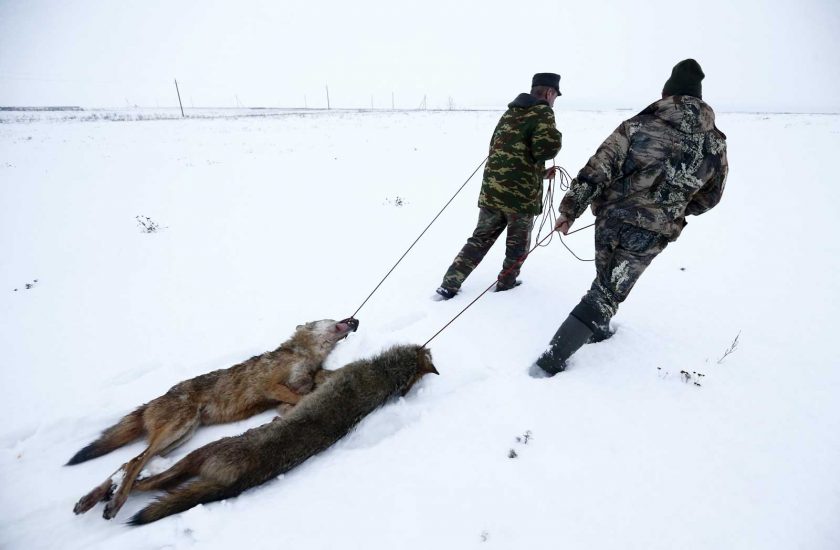 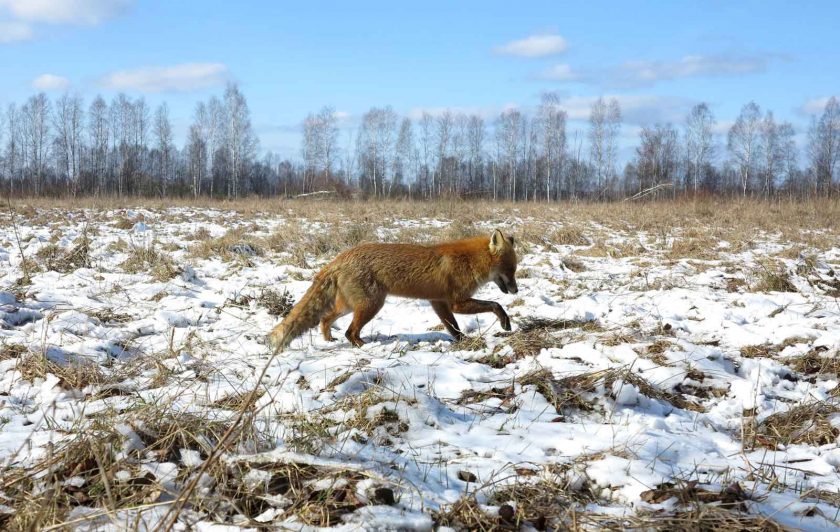 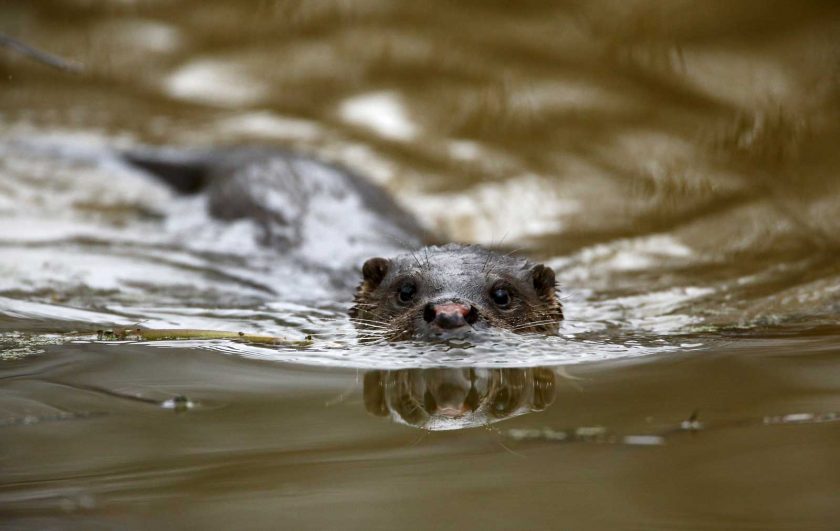 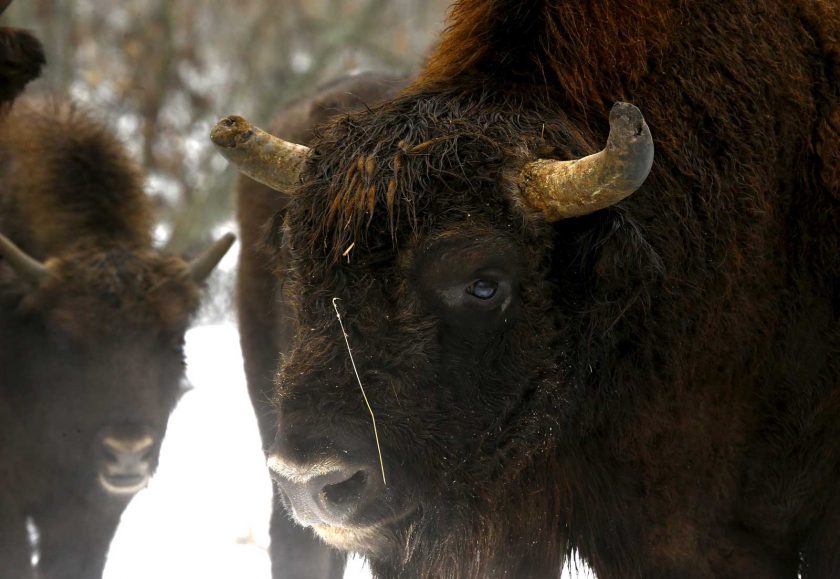 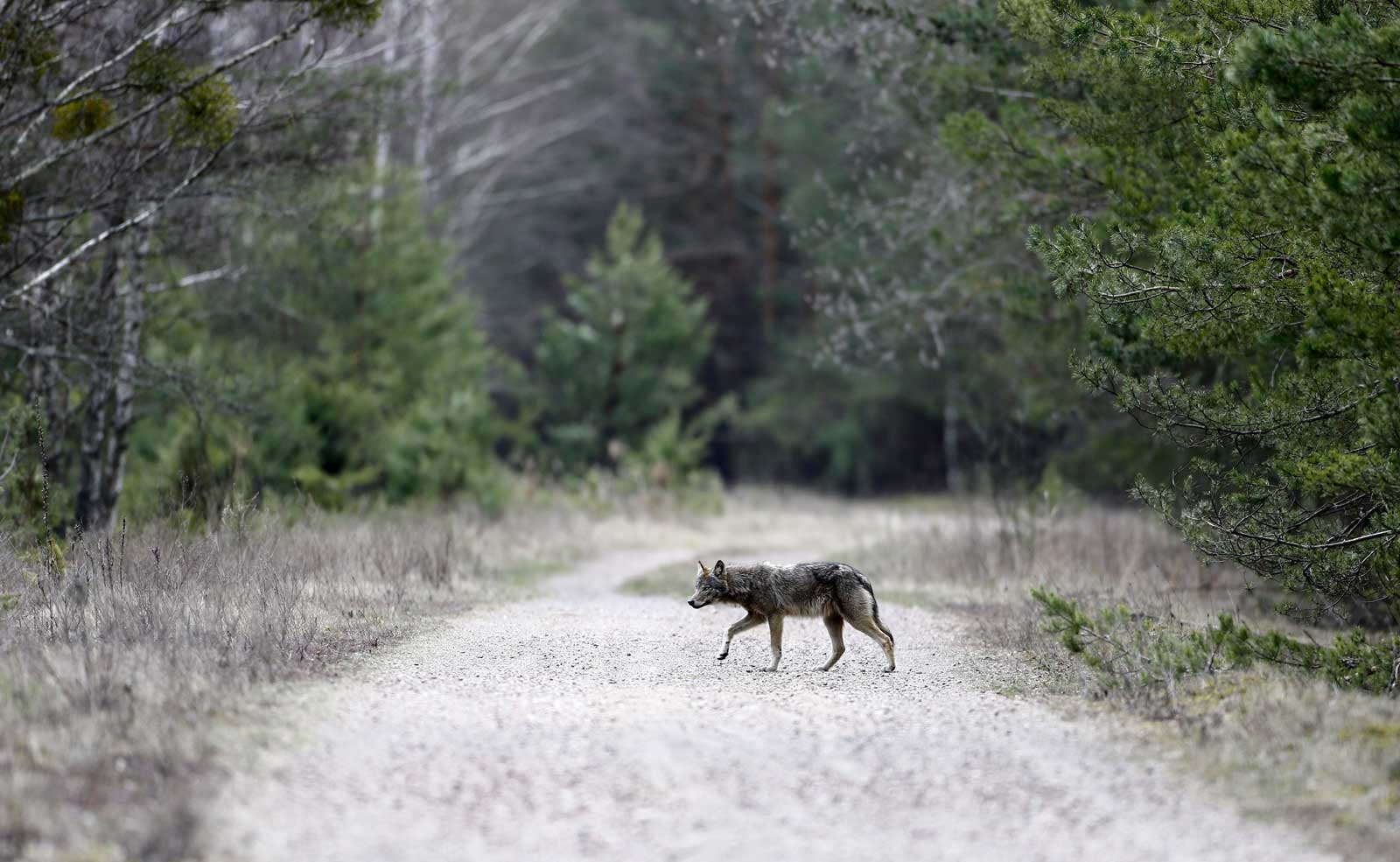 What happens to the environment when humans disappear? Thirty years after the Chernobyl nuclear disaster, booming populations of wolf, elk and other wildlife in the vast contaminated zone in Belarus and Ukraine provide a clue.

On April 26, 1986, a botched test at the nuclear plant in Ukraine, then a Soviet republic, sent clouds of smouldering radioactive material across large swathes of Europe.

Here, a white-tailed eagle lands on a wolf’s carcass in the abandoned village of Dronki in Belarus.

Over 100,000 people had to abandon the area permanently, leaving native animals the sole occupants of a cross-border “exclusion zone” roughly the size of Luxembourg.

In the Belarussian part of the zone, tumbledown villages marked with yellow and red radiation warning signs have become hunting grounds for predators such as wolves and hawks. Birds, including tawny owls and magpies, nest in the roofs and chimneys of abandoned buildings.

“People can never live there – it’s impossible – not even for the next 24,000 years,” Ukrainian Ecology Minister Hanna Vronska said of the zone, which encompasses 2,600 sq km of forest, marsh and open countryside.

The long-term impact of the radiation on animal populations is a subject of intense debate because scientists have struggled to untangle the positive effects of human absence from the negative effects of living in a poisoned environment.

Despite the radiation, wolf numbers are over seven times higher in the Belarussian part of the zone compared with uncontaminated areas elsewhere, according to a study published in the scientific journal Current Biology last October.

Some wolves have taken to straying outside the zone to steal calves from nearby farms, prompting hunters to set traps or shoot them as a deterrent.

International donors have funded the building of a 30,000 tonne “safe confinement” arch to prevent more deadly particles spewing from the stricken nuclear reactor’s site for the next 100 years. Nevertheless, nothing can be done to decontaminate trees and soil that suffered the worst of the nuclear fallout within a 30-km radius of the plant.

In March, Vronska said authorities were considering turning the uninhabitable zone into a biosphere to protect and study its native animal populations in what would be the largest nature reserve in Europe.

There are also plans to use parts of the area to store nuclear waste and for solar power.

Special government permits, usually valid for a few days, are required for anyone wishing to visit the exclusion zone from the Belarussian side. Roads going into the zone are guarded to prevent any unauthorised person entering.

While the rules of access are also strict on the Ukrainian side, small tour groups can visit sites within the zone, including the “ghost town” of Pripyat.