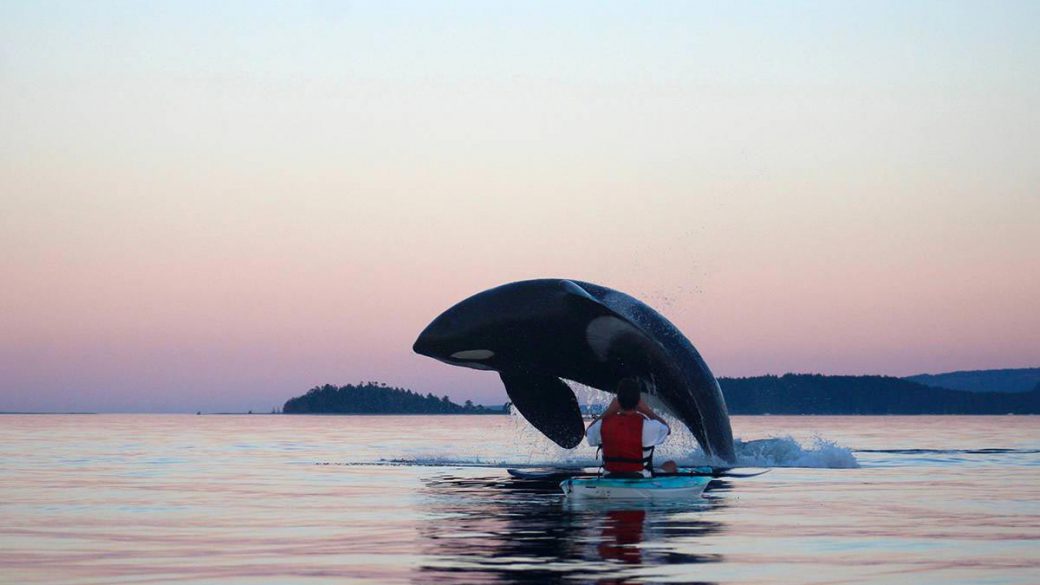 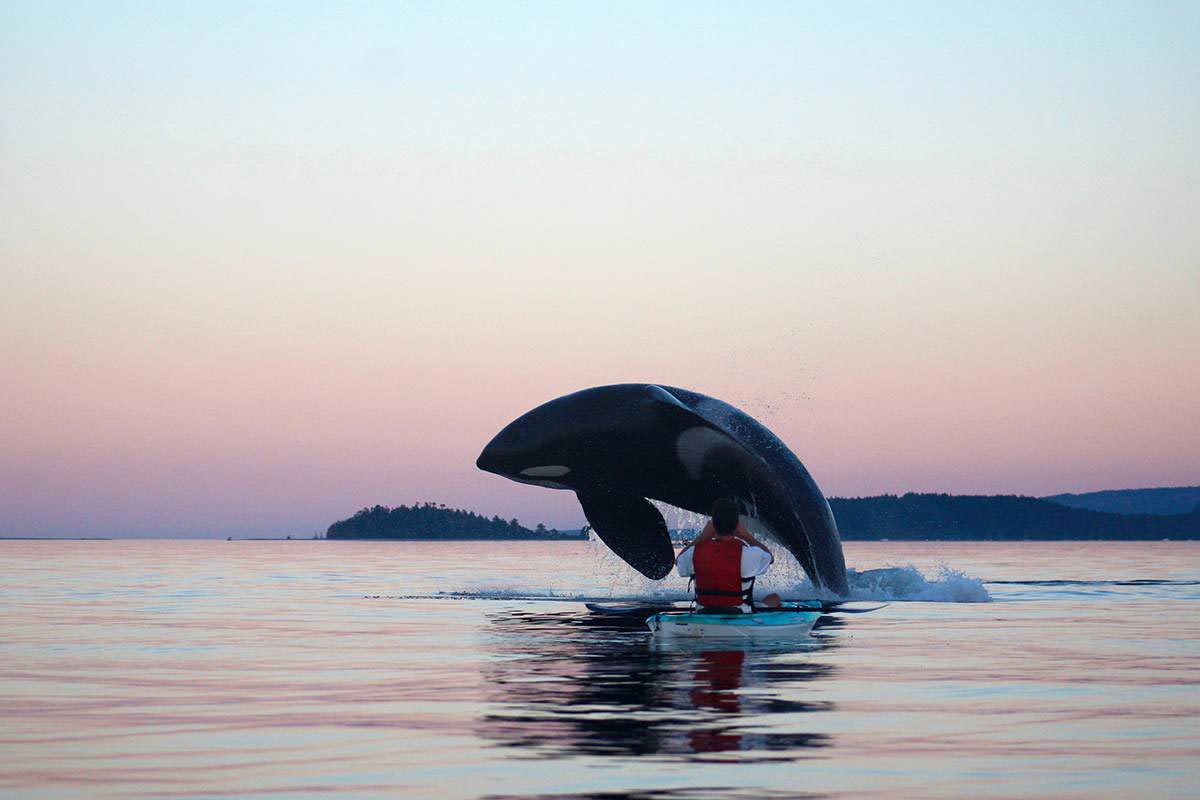 A group of kayakers captured their incredible encounter with a pod of orcas in a video and a series of photos last week. The “amazing animal experience” saw Ken Heinrich and his daughters being treated to an incredible aerial display as a number of killer whales breached just metres away from their kayaks.

The group was paddling off Gartley Beach in the Comox area of Vancouver Island, British Columbia, on Saturday 26 August. “We were simply drifting when the pod came towards us and at one point circled around to the shore side of us,” Heinrich wrote in his YouTube description. “The most amazing animal experience of my life!”

Heinrich’s original YouTube video has since been removed but Global News acquired the footage:

In an email to The Record, as reported by the Surrey Now-Leader, Heinrich said:

We were able to get some amazing pictures along with video of the tail slapping and breaching. At one point the orca sounded and ended up beside us where the bull male (who someone has now identified) breached literally right in front of me. I was lucky enough to be filming at the exact same location as the breach.

Heinrich’s daughter Kalyssa was also able to capture a series of photos of the close encounter, that can be seen in the slideshow towards the end of the video:

My daughters were taking pictures behind me so the shot is perfectly aligned with myself between them and the orca. Rapid shutter has a series of five or six shots that are quite spectacular. It was an amazing experience as we simply drifted while the ocras moved around, appearing to be in hunting mode.

This definitely looks to be the case; as GrindTV points out, near the six-minute mark you can see a seal head pop up among the orcas.

Last Tuesday, Heinrich also issued a formal statement saying he did not paddle within 100 metres of the orca, as per regulations:

We were drifting as the orca then moved closer to us. We do not get to choose where they swim.

The regulations state [that] if you find yourself within 100 [metres] you are to put your motor into neutral, or turn off your engine, and wait until the whales depart. We were in kayaks. No motors. We did wait where we were until the whales moved away from us towards Denman Island.

One thing is for sure, this magical encounter is one that every ocean paddler dreams about. 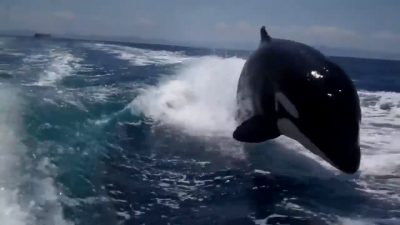