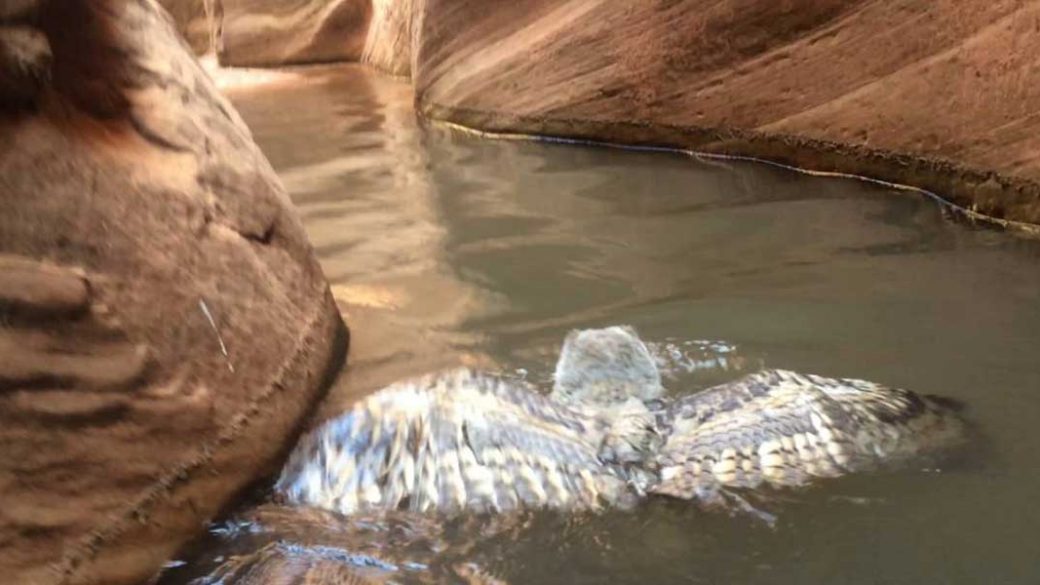 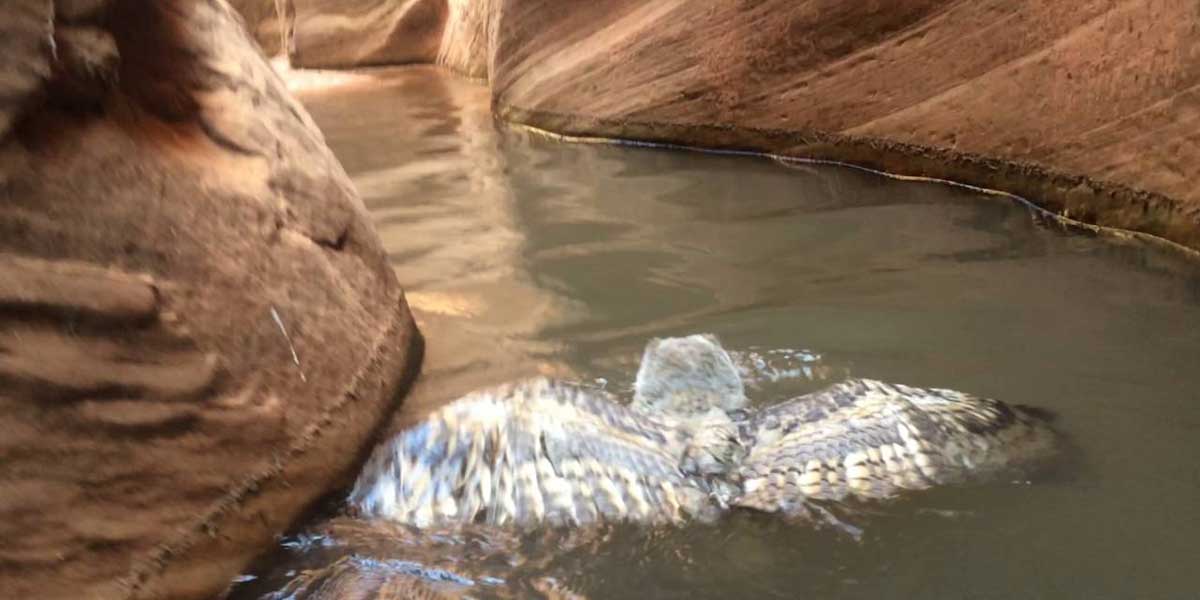 Derrick Zuk and his friends were hiking through Face Canyon in Lake Powell, Utah when they saw something neither of them could believe. A  great horned owl was ‘swimming’ through the canyon right in front of them. Using its wings to slowly propel it forwards, the owl looked to be swimming for its life.

Zuk wades through the water behind the owl and captures it bobbing up and down. He tries to encourage it as he follows along behind until the bird reaches the safety of a sandy bank. As the owl climbs up, his wings look bedraggled and heavy with water. Despite this, the young animal looks in good condition, and many have noted how well the animal took to swimming given that his main talent is anything but water.

Little is known what the owl did next and if it was able to fly back up the canyon after its wings dried. But after the encounter Zuk, a landscape photographer shared several images of the canyon where he spotted the bird. He appropriately named it “Owl Canyon”.

Here’s hoping the beautiful bird got back out OK. 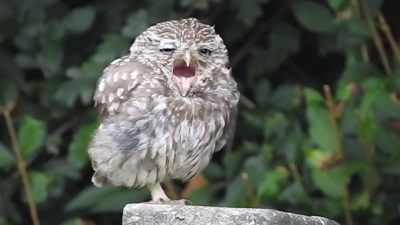