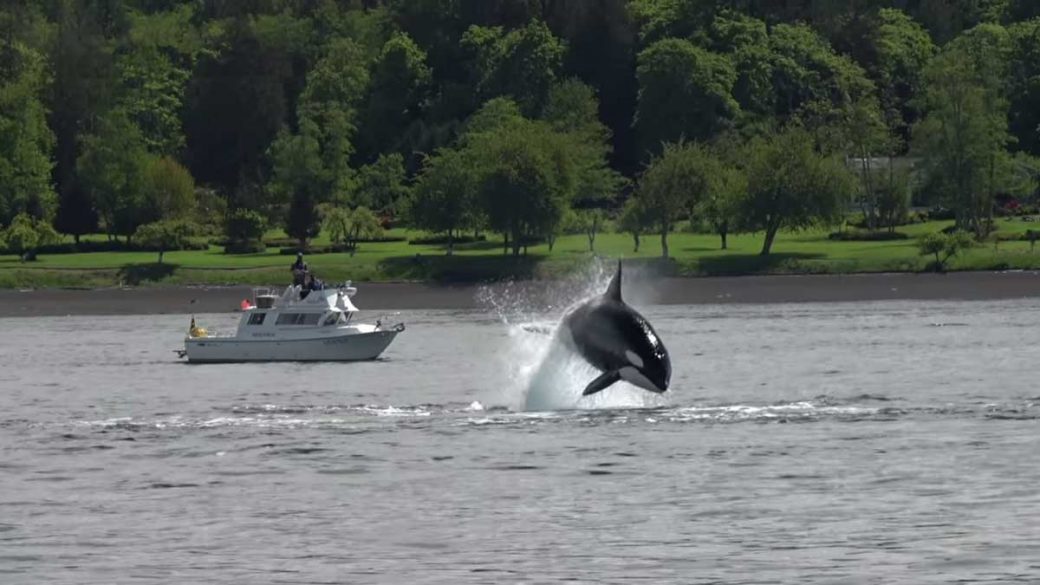 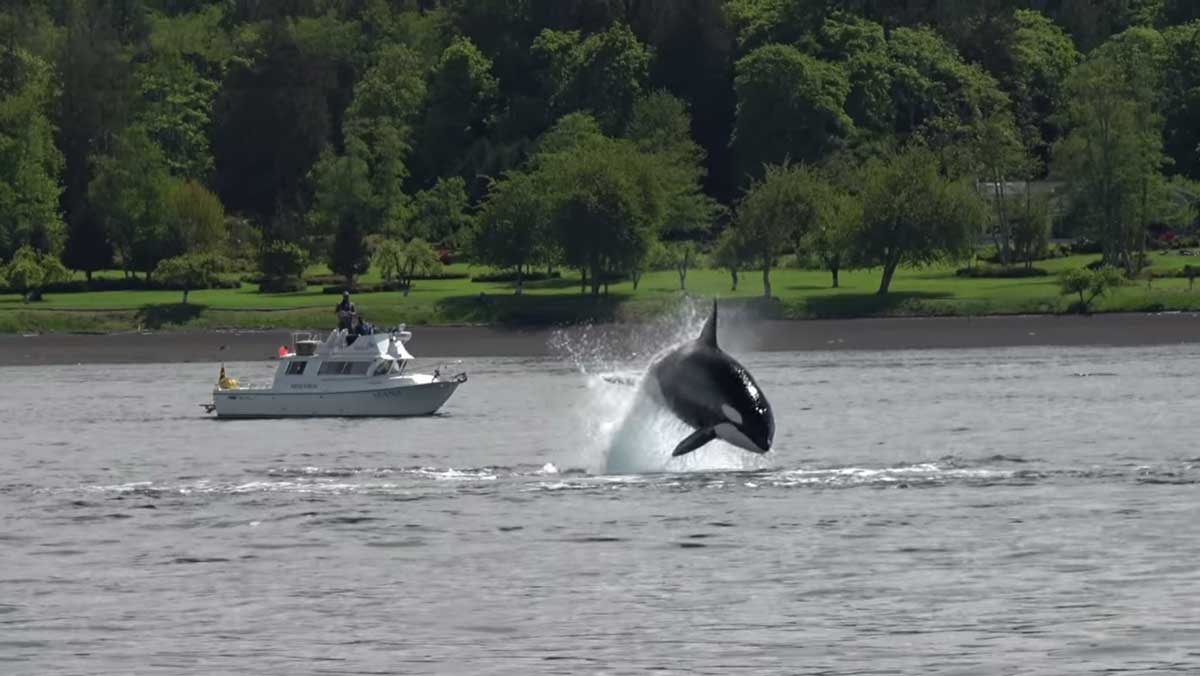 A well-known orca family was spotted putting on an epic aerial display for whale watching tourists off the coast of San Juan Island, Washington, on Tuesday.

Traci Walter of Western Prince Whale Watching—operating out of Friday Harbor, 90 miles north of Seattle—captured video of what she called “an epic Steller sea lion hunt.”

The orca family is known as the T123’s, as reported by KOMO News. Walter identified the orcas as Sidney, the 32-year-old mother, and her son Stanley, age 17, and daughter Lucky, age 5.

They were travelling along when suddenly everything changed when they pursued a large Steller sea lion. This is video from that scene. Lots of aerial action today.

In the video, you can sometimes see the sea lion. It did not appear that they finished or ate the sea lion, and after the attack, they quickly moved out of the area.

All three family members got involved in the hunt, but you will notice the 5-year-old gets in there quite a bit at the end. It’s always amazing to see how young these animals learn the skills to survive. 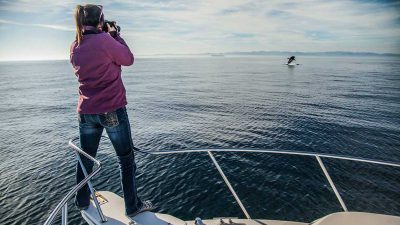