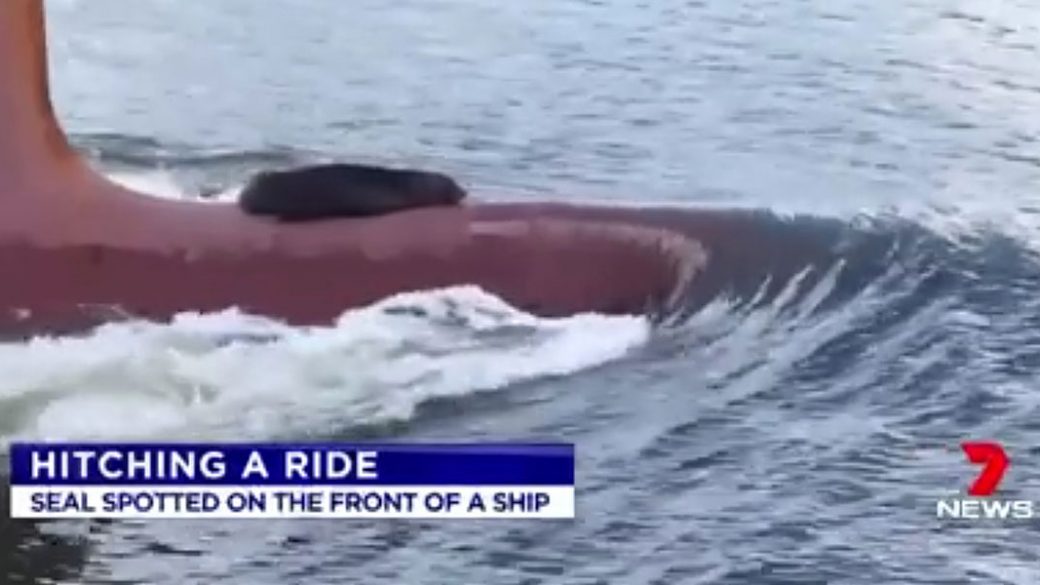 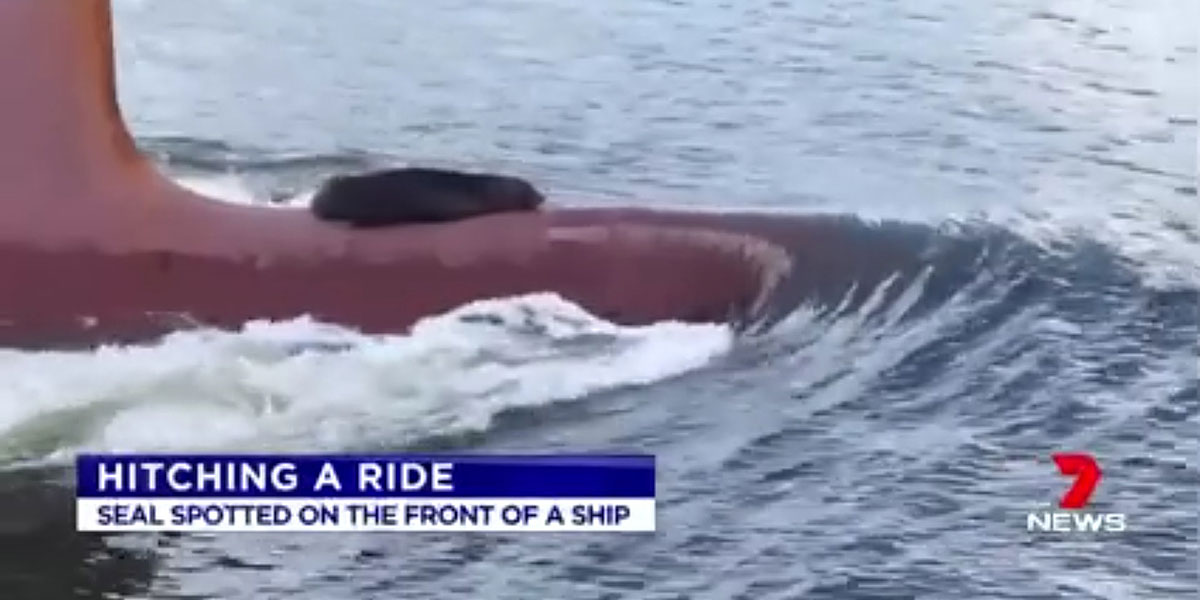 On 13 March Australia’s 7 News reported on an unlikely encounter with a local member of the wildlife. A seal was spotted hitching a ride on the front of a cargo ship into Melbourne harbour.

On a lighter note… A seal has been spotted hitching a ride on the front of a ship that arrived in Melbourne this morning. www.7news.com.au#7News

Seals usually take refuge on rocks and shores when they need a rest or trying to escape predators. But seals have also been known to jump up into boats, onto kayaks and paddle boards. Around six months ago a seal was recorded jumping into a family’s boat to escape 12 killer whales. The seal rested in the boat for 30-45 minutes, before getting back into the ocean and swimming off. Watch the footage here:

When in water, seals are adapted to sleep with half their brain at a time. The left side of their brain can sleep while the right side stays awake enabling them to be more alert and aware of danger. When on land, a less vulnerable location, the seals can adapt and sleep as humans do.

This incredible adaption allows the seal to replenish their energy away from shore. Luckily for this Melbourne seal, the ship’s bulbous bow provided the perfect resting spot. 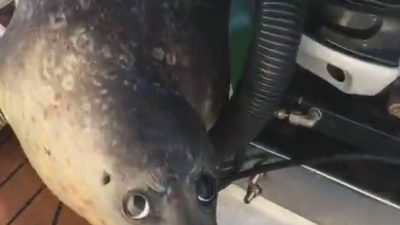