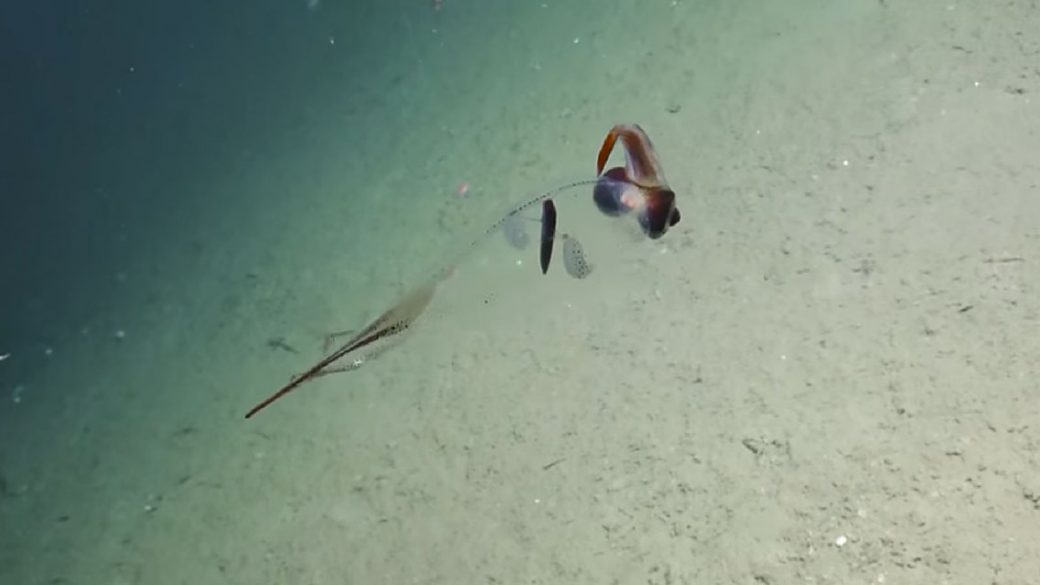 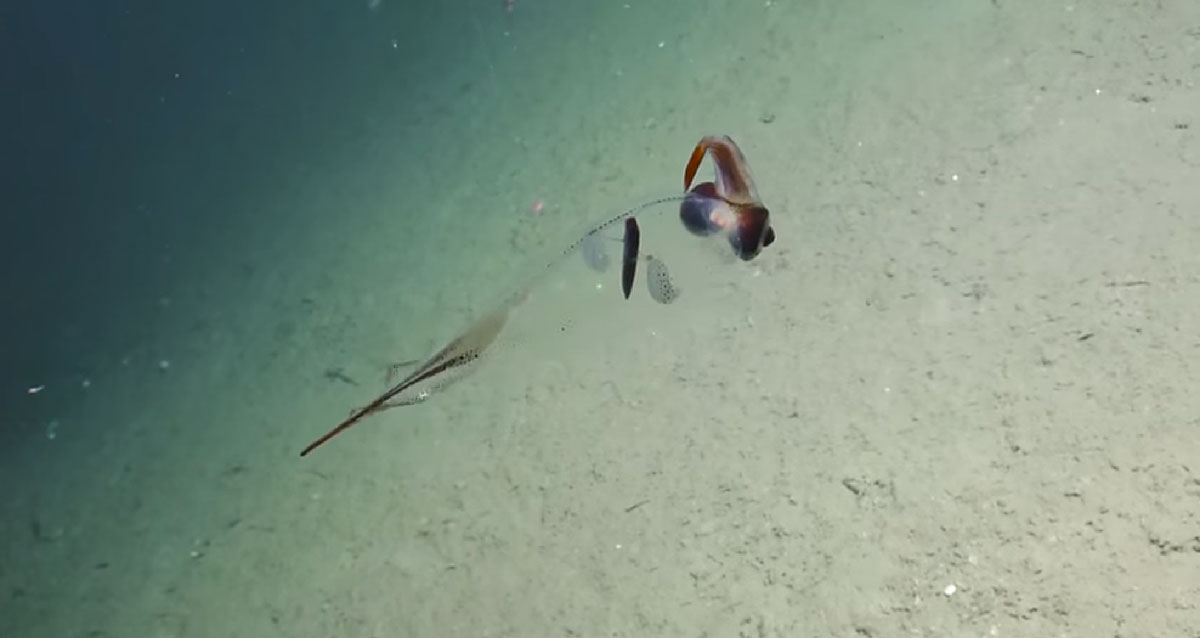 The cockatoo squid, or glass squid as it’s more commonly known, looks just like a glass-blown balloon. While there are roughly 60 different species of cockatoo squid, they all have similar characteristics.

In the footage below, a Taonius borealis can be seen making its way through the darkened waters.

The creature gets the name, cockatoo squid, because of the way it carries its tentacles over its head like a cockatoo’s feathered crest. But that’s not its only unique feature.

As well as having a clearly visible digestive gland, the glass squid retains ammonia solutions inside its body to help it float. It has large eyes and colour-changing cells, called chromatophores, which flash reddish hues and help the squid blend in.

While these squids aren’t rare, most people won’t get to see one first hand because they live in the deep sea. This one was captured in the Quinault Canyon, US, at a depth of 512 meters (1680 feet) by staff on the Exploration Vessel Nautilus. 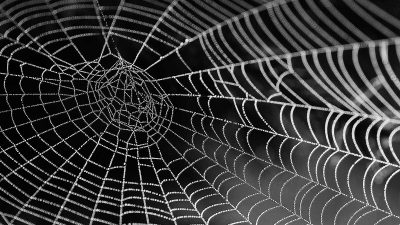 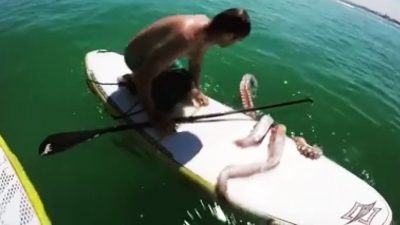