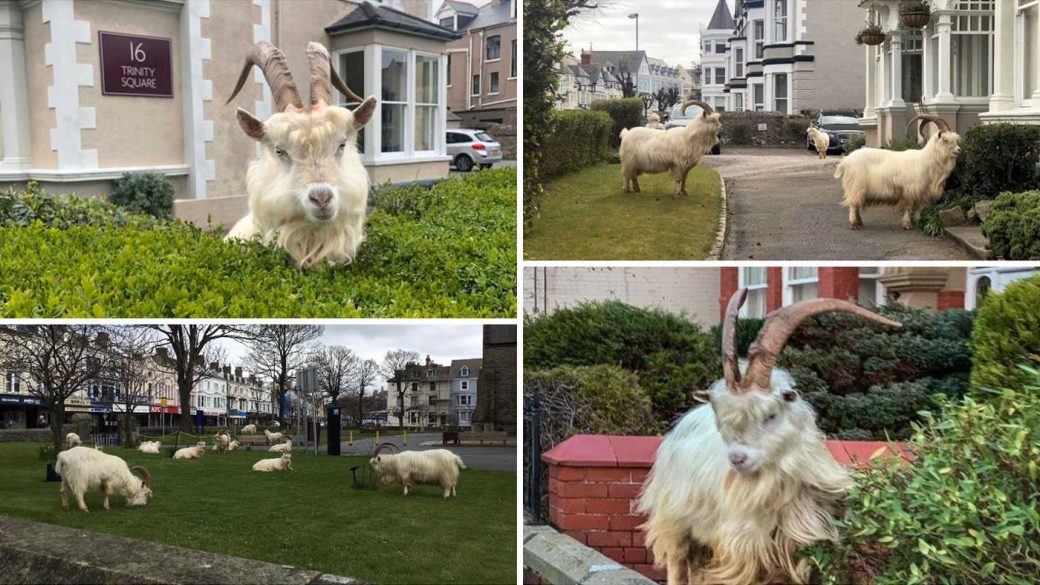 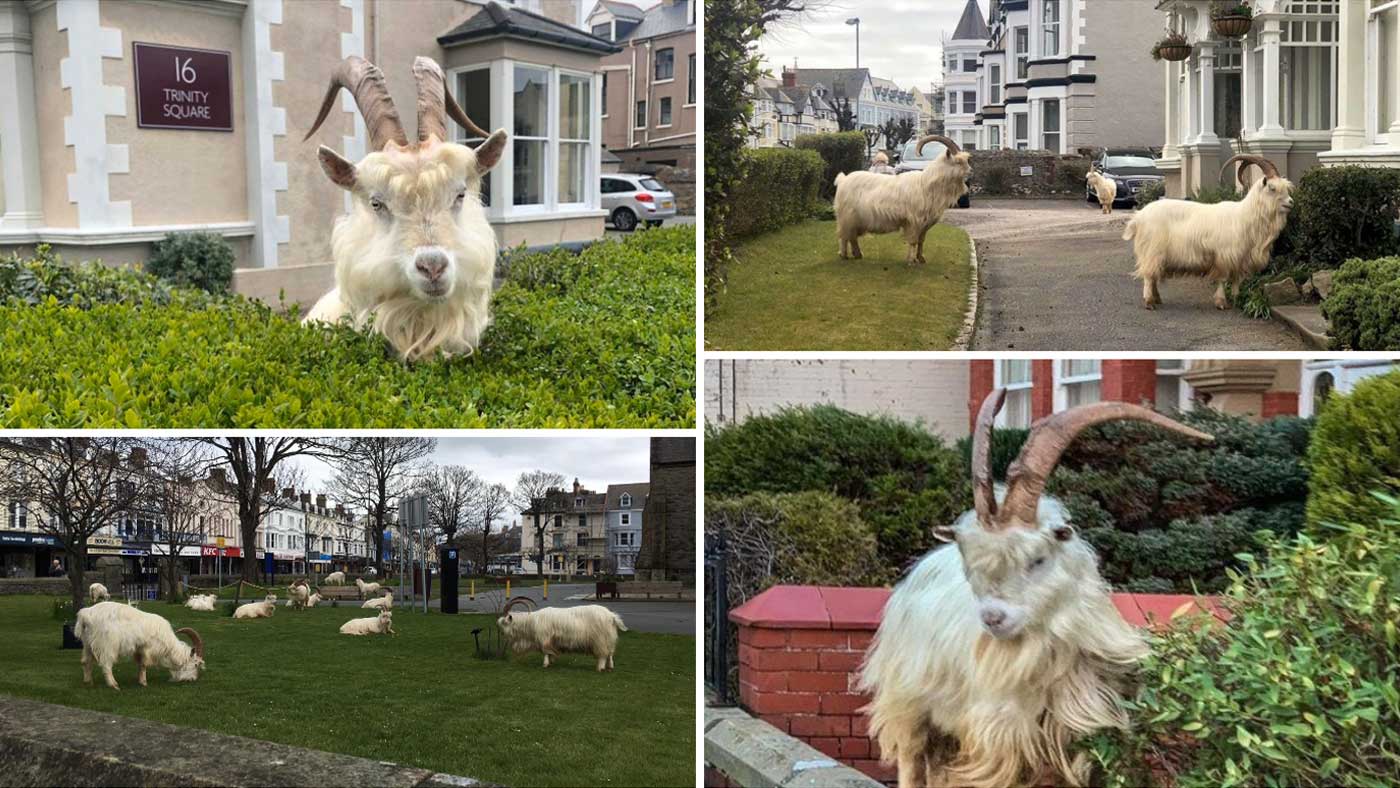 As town and city streets become quieter, during the coronavirus outbreak and subsequent lockdown measures, people from around the world have been taking note of a ‘silver lining’ courtesy of Mother Nature.

In Italy, dolphins have been spotted swimming in the clear canal waters of Venice, thanks to reduced pollution from boats, and a boar was seen leading her piglets through the deserted suburbs of Bergamo.

“On a positive note, at least nature is returning to our cities,” says author Robert Woodshaw, who shared the footage of the boar family on Twitter.

Now, similar scenes have been filmed in the UK. Two days ago (March 30), a herd of mountain goats ‘invaded’ the Welsh coastal town of Llandudno, on the edge of the Snowdonia National Park.

It’s not uncommon for the wild herd of about 122 Kashmiri goats to venture from the Great Orme Country Park into the town during bad weather. However, as Llandudno resident Andrew Stuart explains, they are normally only seen in the quite back streets and are skittish around humans.

Now that the main streets in Llandudno are nearly deserted, the curious creatures are taking the opportunity to venture deeper into the town.

“They are curious, goats are, and I think they are wondering what’s going on like everybody else,” said Llandudno town councillor Carol Marubbi.

“There are very few visitors on the top [of the Orme], so they have come down in their droves.

“There isn’t anyone else around so they probably decided they may as well take over.”

Not everyone is overjoyed with the mountain visitors, though. The goats—some of which have recently had kids—have been spotted nibbling on hedges and flowers. Some residents have even branded them vandals for munching through their gardens

But Marubbi is adamant that everyone in Llandudno was “very proud” of the animals and they had been providing “free entertainment” to people from their windows.

Go Outdoors: UK’s largest outdoor gear retailer set to go into administration, but there is hope