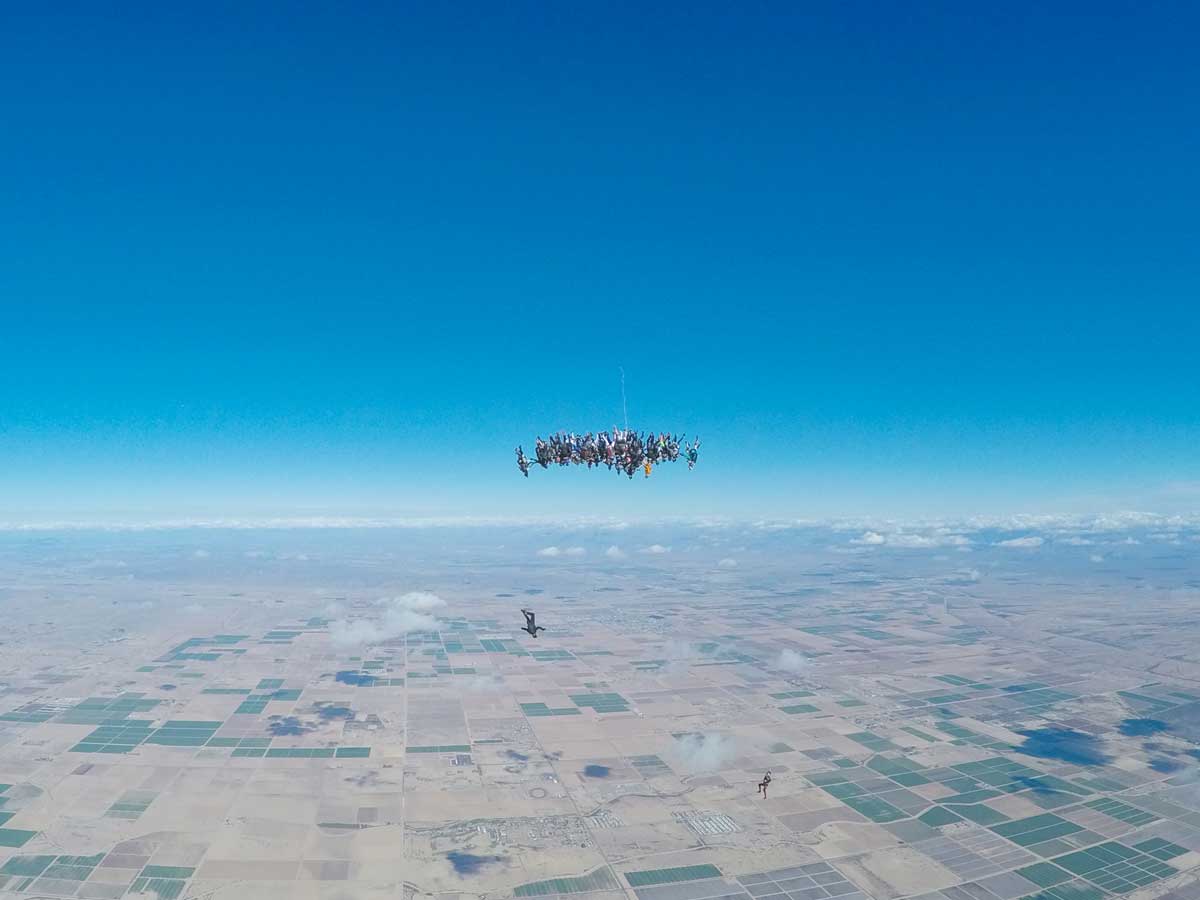 The 40-year-old led 65 women through the air into a difficult vertical formation to seal the amazing world record feat on their 16th attempt.

Before the attempt, the world record stood at 63 for an all-woman formation with Chmelecki part of the first vertical world record with only eight women in the early 2000s.

Eighteen nations were represented as the talented team flew head first towards the ground at breathtaking terminal velocity after two years of rigorous selection and a week spent training for the skydive.

During the selection process, the skydivers had to show the organisers that they could successfully dive safely alone, in control, and dock to another person.

Ninety jumpers showed up help set the record on the day, however the organisers had to whittle it down to 65 jumpers after some suffered through a combination of turbulence, hypoxia, head kicks, blown up sinuses, exhaustion, the clock, and the weather.

Once the final group was settled on, they jumped out of four planes at 10.57am to carry out their date with destiny.

Upon landing – even though the record was still not technically official at that particular time – the Skydive Arizona dropzone erupted in cheers unlike it had in previous unsuccessful attempts.

Making a world record is not easy. That’s why it’s a world record. It’s not going to be given to us, we had to work really hard for this. We flew for 8.5 seconds. I couldn’t see behind me, but I could see in front of me and it looked so good. My cross partner could see behind me and she was smiling. You could just feel this buzz, an electric energy.

The record is not guaranteed and everyone knows that. But this has been two years of planning and 12 months of training, so it would be a big let down if it was not successful. We just need it to be built for one video frame. 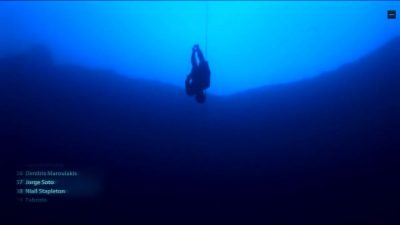 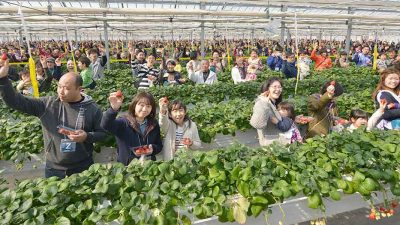