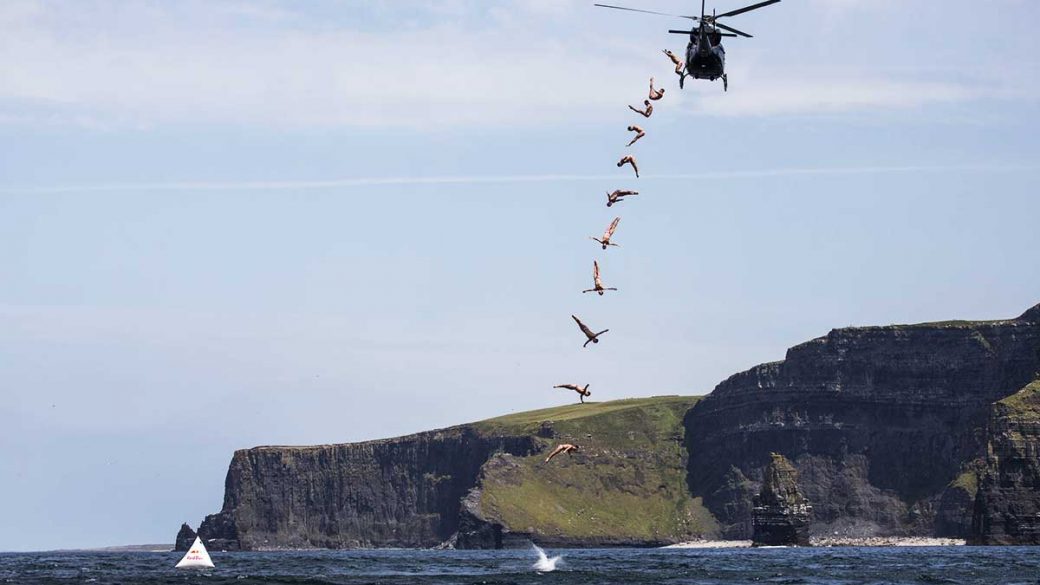 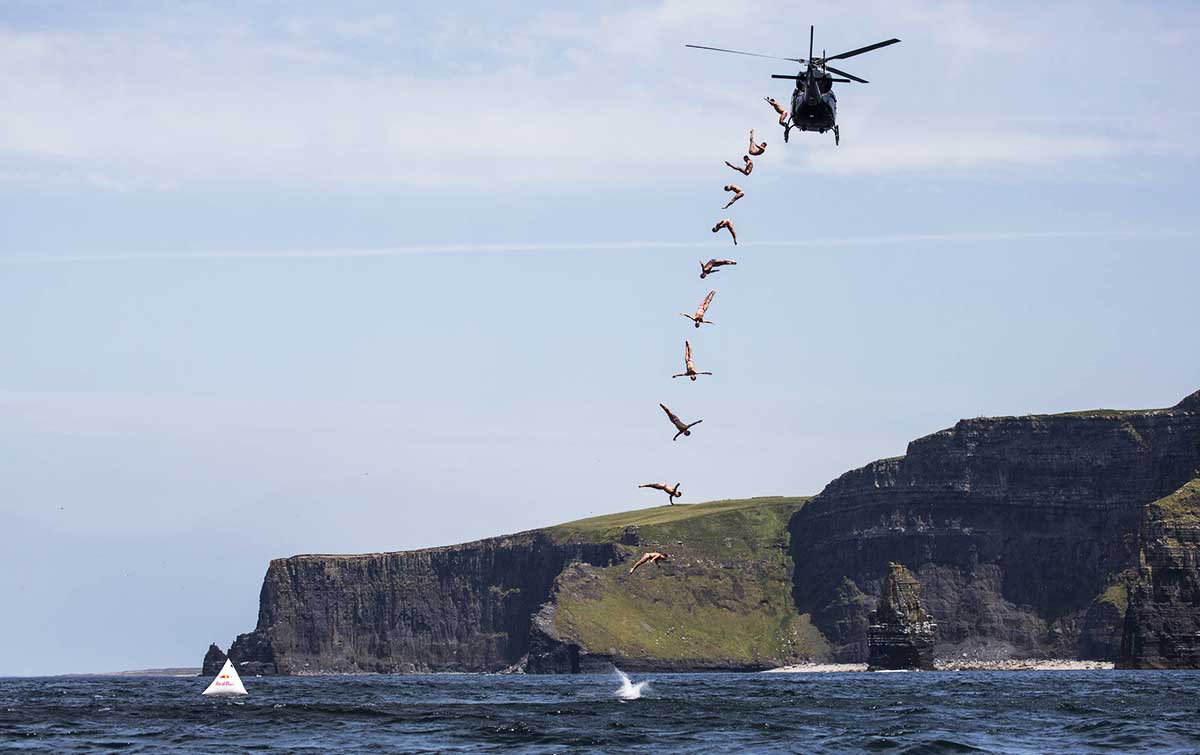 The Red Bull Cliff Diving Series is about to kick off and this weekend the tour makes its first stop at the fabled ‘Serpent’s Lair’ on the Aran Island’s Inis Mór. British diver Blake Aldridge and his Australian counterpart Rhiannan Iffland took a little time out of their training to take part in one of the most epic photoshoots before the competition.

The pair took turns to dive 25 metres above the water from a hovering helicopter near the Cliff’s of Moher—plunging into the icy cold waters of the Atlantic sea.

The cliffs made a magnificent backdrop to their stunning twisting dives. The backdrop also happened to feature in the Harry Potter film series—where Harry once hunted Horcruxes. This was something that certainly seemed to impress Aldridge:

You’re always nervous going to a location you haven’t been to and certainly doing something like jumping out of a helicopter both me and Rhiannan were feeling the nerves a little bit. So once you do something like this and then go over to the island for the competition we’ll be pretty settled. I’m looking forward to the event on the weekend.

The location on Inis Mór off the west coast of Ireland acts as the opening round of this season’s six-stop series. The famous blowhole, the Serpent’s Lair, will act as the diving platform for Saturday’s action, the men diving from 27m, the women from 21m.

The competition will be live on 24 June from 11am GMT on www.redbullcliffdiving.com 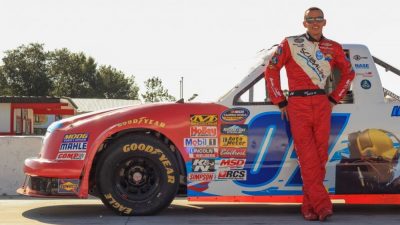