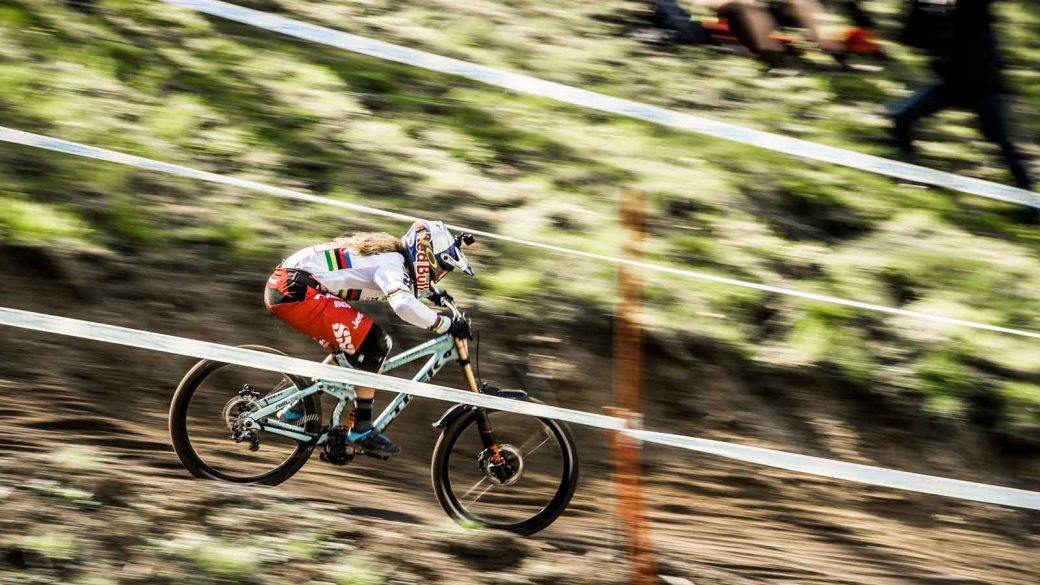 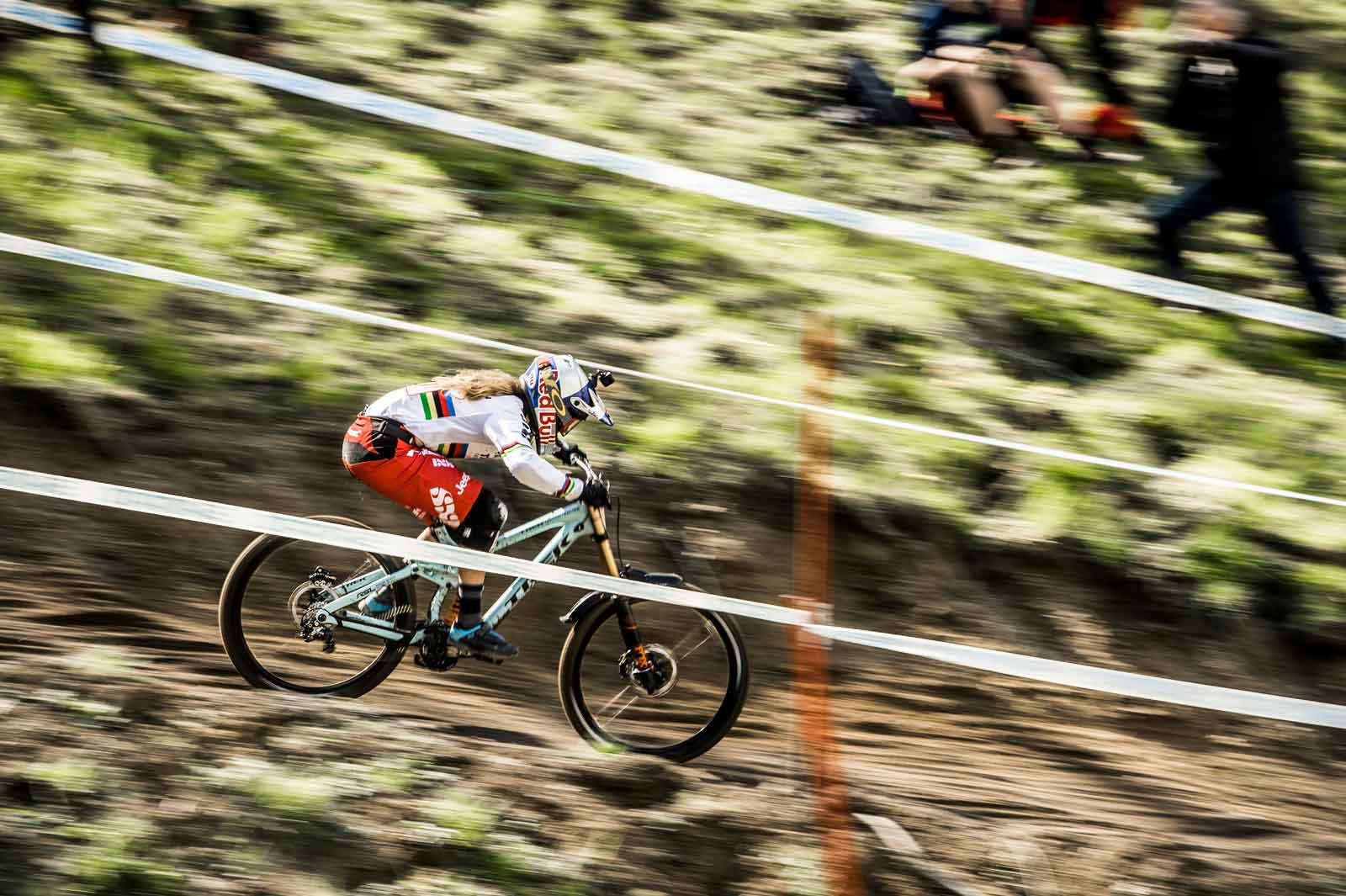 Amid the tightly-packed crowds and against the backdrop of noise produced by chainsaws and air horns, Rachel Atherton and Aaron Gwin opened their accounts with style at the opening UCI World Cup downhill of 2016.

Thousands of spectators lined the natural amphitheatre finish arena in Lourdes and all eyes were on a young Britain who has made the country her home; Tahnee Seagrave. The 21 year-old had already claimed an impressive result by qualifying her way into fastest spot on Saturday with a run which included a crash. Could she make it down cleanly and take the fight to 2015’s dominant figure, Atherton?

Atherton, the penultimate rider, was in no mood for indulgence however; split by split she decimated the time of then hot seat occupant, Manon Carpenter. Seconds had tumbled from the clock before she had sent the finish line drop and crossed the line.

Seagrave was fast, very fast, but she ultimately couldn’t topple the champ. Her second place finish, however, speaks to how far she’s come. Atherton edging out Seagrave and Carpenter meant it was a British 1-2-3 on the podium.

In the men’s race, Frenchman Amaury Pierron and Brit Danny Hart had shone brightly but their times were quickly eclipsed. If American Gwin had looked nervous in qualifying then he had rediscovered his mojo on leaving the start hut. When Gwin is at his best, he’s visibly faster in every camera shot and this was the case on the fast-drying Lourdes track.

He took the hot-seat with some of the fastest riders in the world still to drop but ultimately the talk amongst the amassed rank and file had been whether or not he could do enough to better the charismatic Frenchman, Loïc Bruni.

Bruni, the fastest qualifier, set about rallying the already partisan crowd. For the briefest of seconds a quiet hit the finish arena before the 21 year-old’s first split time flashed green. A wave of noise, louder than anything that had gone before it over the weekend, erupted. Split after split, Bruni set about Gwin’s time with a cleaver but it was all to end in disaster. He lost the front end out of a turn near the bottom of the track and was sent sprawling.

But then, this was France and the French love racing in France; Loïc saw out the run and celebrated with his fans. He’d have to settle for 14th but such was the command of his performance, it could have been mistaken for a win.

Gwin proved, if there had ever been any doubt at all, that winning in spectacular, turn-detonating fashion was still very much top of his agenda. It is of course only the first round but the points dropped by his would be title rival may yet prove to be critical.

Keep it right here on ADAPT Network for all the latest from the UCI Downhill WorldCup. 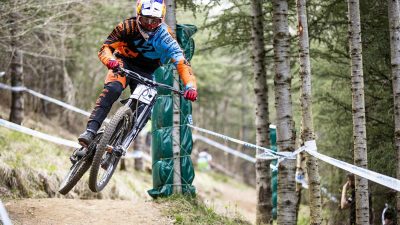 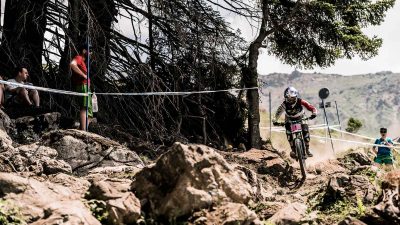 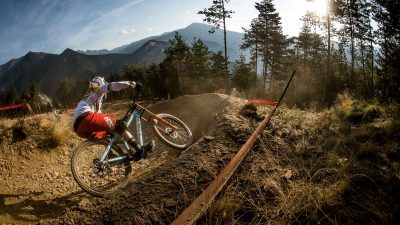