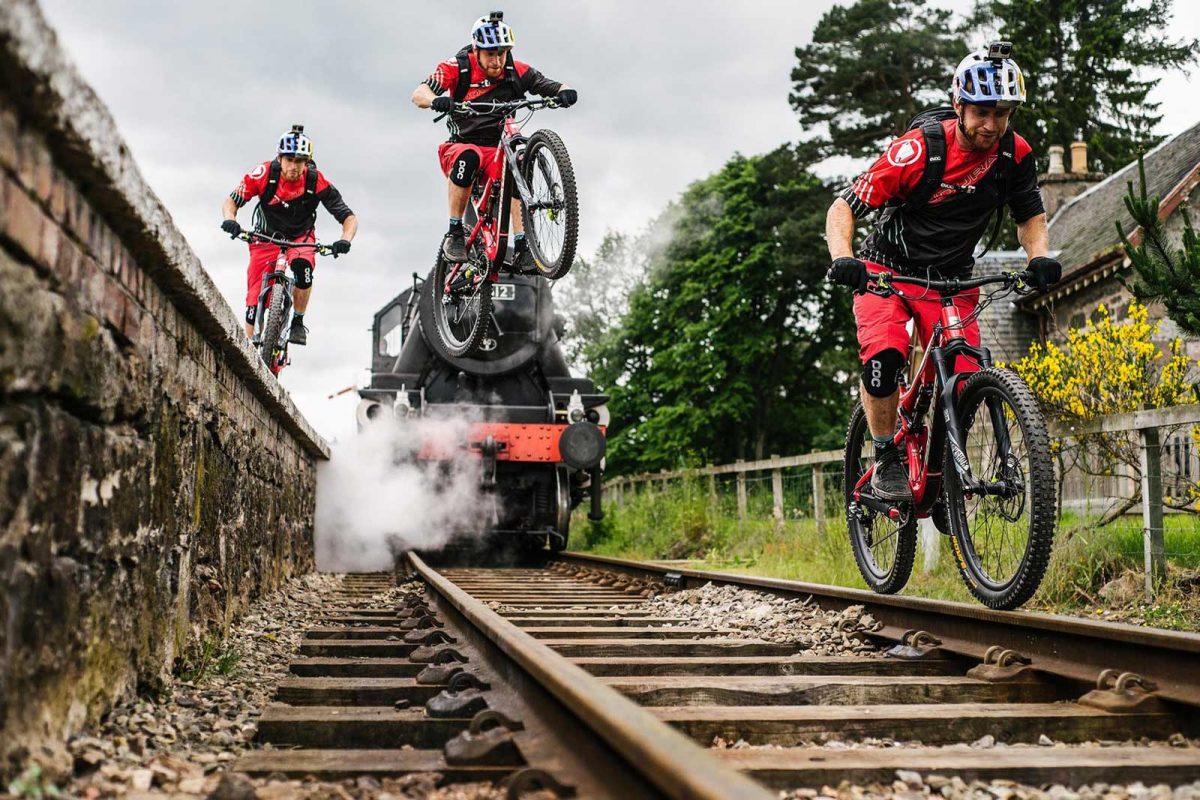 Want to see what Danny MacAskill does on his day off? Wee Day Out explores the rural landscape around Edinburgh in a film that sets out to capture the simple fun of a ride in the country with moments of incredible riding and a touch of humor.

Danny pulls off never-seen-before tricks, most of which would normally be assumed impossible on a mountain bike, like leaping onto a single train track, turning a hay bale into a giant unicycle, riding over a cottage, and disappearing into a 6ft puddle. Oh, and keep an eye out for a cameo from Danny’s dad, Peter!