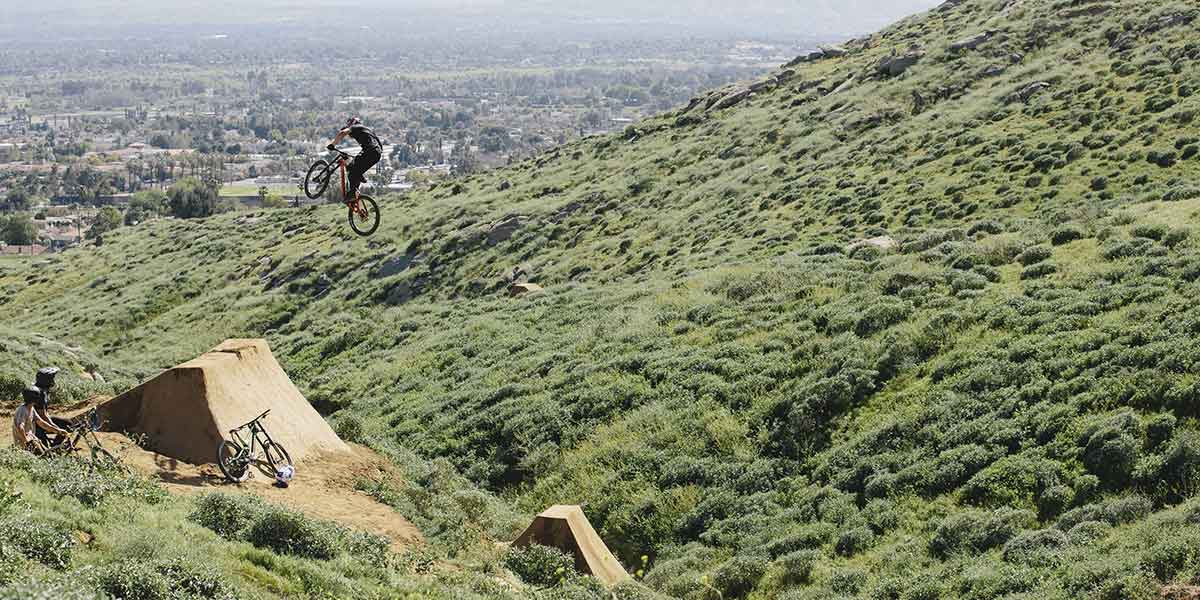 If you look hard enough in the mountain forests of the Inland Empire in California, you will discover a mountain biker’s paradise. A dream mountain bike jump line skillfully crafted by the hands, flesh and soul of aficionado Sammy Mercado.

From humble beginnings in Guadalajara, Mexico, Mercado moved to America and started mowing lawns for a living in the local area. One of his clients was the Diamond Bar Skate Park. Mercado began watching the other bikers and started to develop an interest in the sport and how the dirt jumps were constructed.

After experiencing the freedom of his local hills and striving to become the best rider he could be, he decided to hand-build a personal line based purely on his own creativity. Using manpower alone, he built the course in two years with just a shovel, pic axe and water.

Mercado invited professional riders Carson Storch and Darren Berrecloth to Riverside to check it out:

Seeing the riders in action shows the true magnitude of the course. Set in the rolling mountains of Southern California, the course carves a dusty track through the lush green hills. Featuring an array of gravity-defying jumps, tight berms and near vertical slopes, the track not only tests a rider’s skills but also their nerve. A complex course, given that this was entirely hand made.

Speaking to Red Bull about his desire to build his own track, Mercado said:

I had met Darren and Carson at Red Bull Rampage last year, and it was amazing to have them come out. I was nervous—I didn’t know if they’d like the trail.

It was humbling to come and ride the trail that Sammy had built and to see how much work he had put in. Now that I travel the world riding trails and jumps that other people build, it’s inspiring to see Sammy’s passion and fun to experience the grassroots way of mountain biking again. 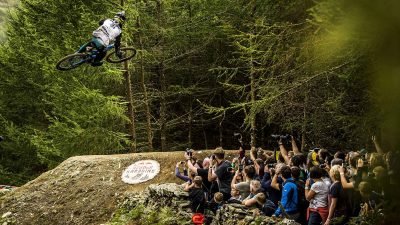