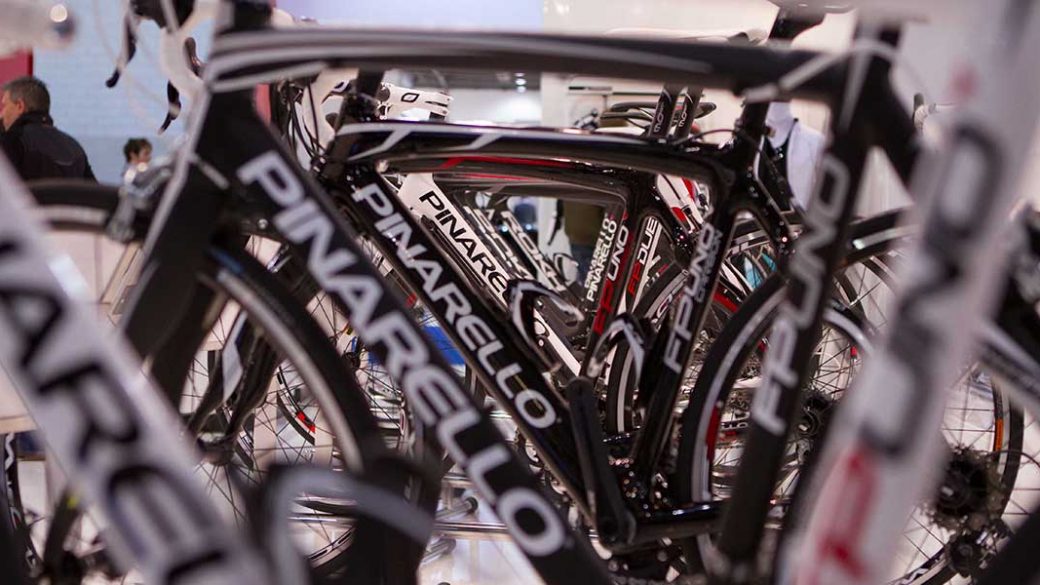 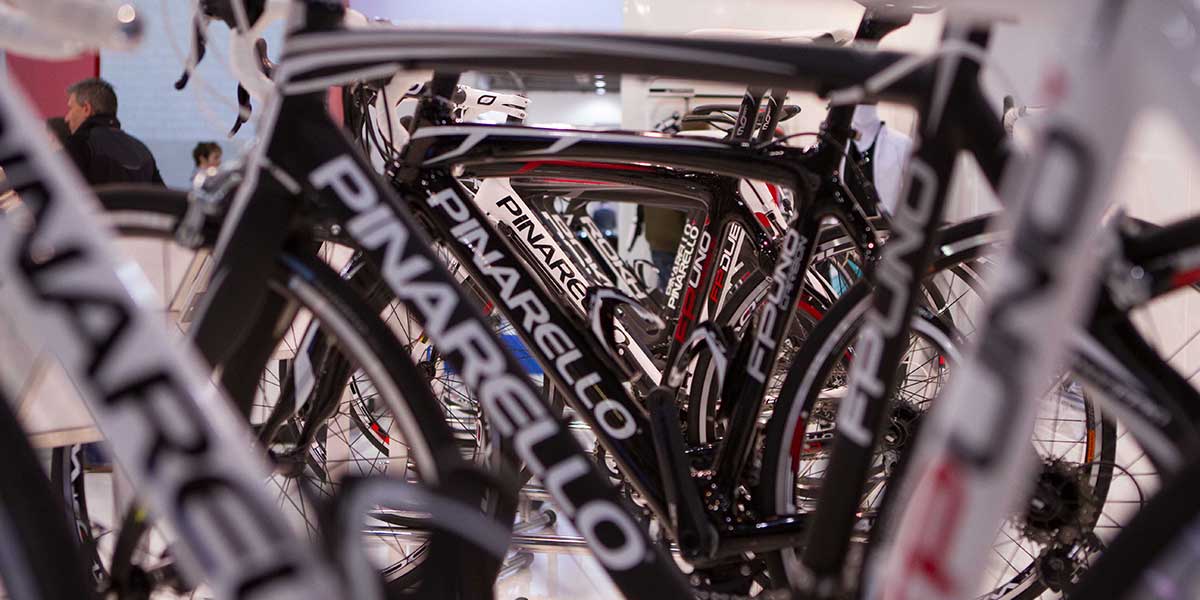 The London Bike Show is now in full swing. Taking place between 16 – 19 February at London’s ExCel, the show has already opened its doors to cycling fans offering the best the sport and industry has to offer.

With day one over, day two is now buzzing. We’ve taken to Twitter to find out what everyone is discussing, who’s spotting what, and some of the highlights of the show.

If you’re at the show, give us a shout on @ADAPTNet and tell us what you’ve been exploring. Otherwise sit back and enjoy the countdown of the ‘Top things to look out for at the London Bike Show’.

Bikebreaks is a cycle centre based in Girona, Spain. They help tourists explore the wonders of the city by bike and offer a range of routes and guided tours. You can spot them at the show offering this very funky bike shaped pasta! You can now cook your way to cycle heaven.

At the @londonbikeshow? Want B I K E P A S T A? Retweet to get a special deal of 3 for £5 then come visit! #gironainlondon #LondonBikeShow pic.twitter.com/kP6PZTgs3t

Test your agility, strength and power at your very own time trials. Cycling event brand Rollapaluza, alongside Bike Channel and à BLOC Bicycle Beer, is hosting a time trial taster at their stand. See how fast you can pedal and try and beat your opponent.

Gocycle is the future of lightweight electric bicycles. Featuring a clever pedal torque sensing system, it’s the perfect bike for the comfy commuter who loves a bit of tech. Featuring a fully integrated DRL, the dashboard also gives a full display of the rider essentials including: gear selection, speed, light controls and battery charge state.

The rider can also pair the bike with their smartphone. Once paired, you can tailor the eBike to your specific needs and quickly change assistance modes from City, Eco and full On Demand.

Check out the #Gocycle G3 with @_velorution at this weekend's @londonbikeshow. Visit stand LB310 for your test ride! #LondonBikeShow pic.twitter.com/vIp5IUdUYv

BrightSpark has just launched their crowdfunding campaign at the show. So their product is as new as it can get. The brand is raising funds to launch a cutting-edge bicycle lighting system that enhances cycling safety.

Designed in London, UK, the gadget combines dual headlights with turn indicators and laser signals that are transmitted onto the road. Brightspark can also communicate with you through your bars using vibration alerts to confirm your instruction or remind if a signal is left on.

At the #LondonBikeShow and juat launched on @Indiegogo. One big day! pic.twitter.com/nvhIsBtc1m

Lumos is a next generation bicycle helmet. Earlier this year, it won the ‘Beazley Design of the Year’ category award.

Designed by Eu-wen Ding and Jeff Haoran Chen, the helmet is the world’s first smart bike helmet that beautifully integrates lights, hard brake and turn signals. It’s an all in one solution for safety and visibility. With a built in accelerometer, it detects when you’re slowing down and automatically displays a brake light and turn signals.

Inventor of the clipless pedal, the first carbon frame in 1986 and the first track carbon monobloc frame, LOOK is the road clipless pedal worldwide leader. Its range of bikes are also set to impress catering for every cyclist in road, track, MTB and triathlon. I love to see art and sport fuse together and LOOK’s range has definitely caught my eye reminding me of Dario Pegoretti’s inspired bike designs.

Somethings are better done as a pair and this Rose Tandem MTB certainly agrees. This tandem was created from a DIY experiment by a member of the Rose Bikes team. The three frames used to make the Rose Bikes ‘Jumbo Jimbo’ (as it has come to be known) were current models of Rose Uncle Jimbo; but with defects. Two were heavily scratched from life as demo bikes, and the other had a damaged rear end from transit–and all three were different sizes! Discover more about how it was created. It’s now sitting proudly at the London Bike Show.

A bike show isn’t a bike show without some sweet tricks. With the Air to Throne event taking place across the weekend, there will certainly be lots of action to watch and get involved with.

If you’re thinking of going, you can get some tickets on the door. Also a ticket to the London Bike Show will also gain you entry into three other events that are running simultaneously; Triathlon Show: London, the Outdoor Adventure & Camping Show and Oceans Festival. Pretty great deal.

Ben and myself are heading to the show on Saturday. See you then! 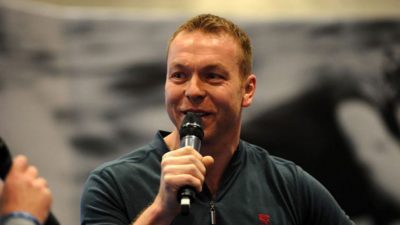 Every bicycle lover wants to own these 6 gadgets