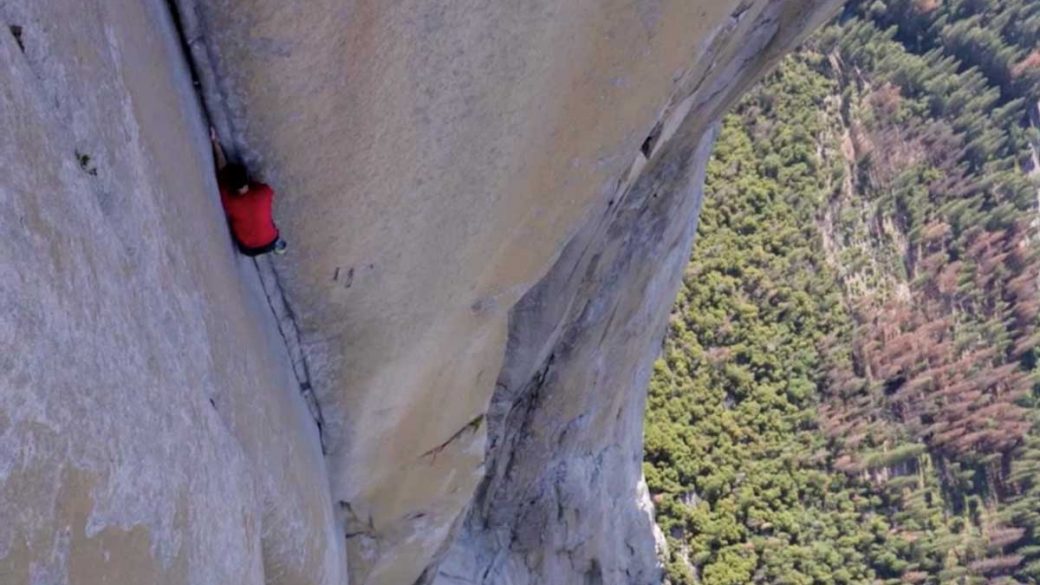 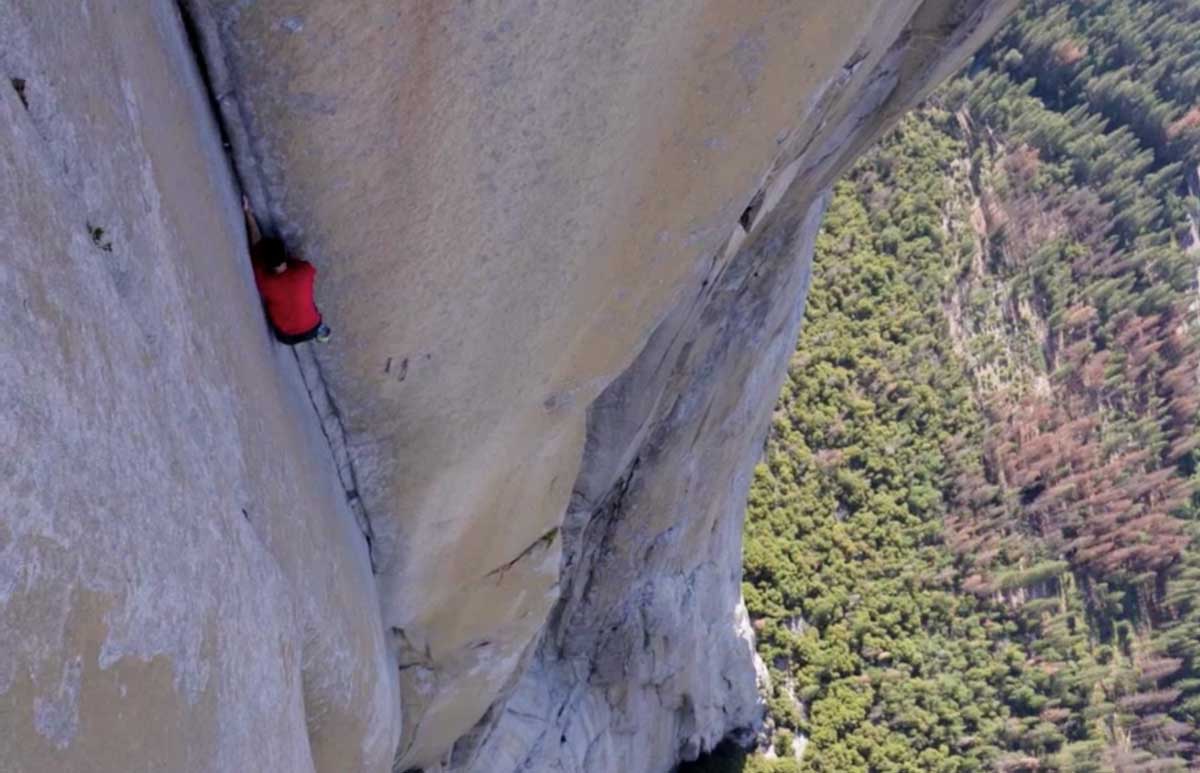 These hair-raising moments are the first video footage from renowned rock climber Alex Honnold’s ascent of the 3,000-foot wall of El Capitan—without a rope.

Just after 5:30 am on Saturday, June 3rd, the 31-year-old Californian, set out to tackle this famous rock face at Yosemite National Park. After nearly four hours on the wall, Honnold reached its peak at 9:28 am, becoming the first person ever to free solo climb ‘El Cap’.

The most dangerous rope-free climb ever

The video was shot by Jimmy Chin (who also photographed the climb) for an upcoming documentary by National Geographic.

This 35-second preview gives just an inkling of Hannold’s remarkable achievement. The clip highlights the extremely difficult route, called Freerider, that he climbed. Again, he did it without a rope. If he fell, he would have died!

An amazing achievement or an unnecessary risk?

Honnold’s ‘El Cap’ free-solo has been heralded as one of the greatest achievements in the history of the sport. The route is rated at 5.13, a difficult level unattainable by all but the most elite rock climbers.

Honnold told the AP that the climb was the apex of his 20-year climbing career:

I was pretty much elated. I was probably the happiest I’ve ever been. It’s something that I thought about for so long and dreamed about and worked so hard for. I mean, it’s pretty satisfying.

While hugely celebrated, Honnold’s route has also spurred fresh conversation about the risks and rewards of dangerous pursuits. There has been plenty of discussion amongst the climbing community, with Tommy Caldwell—a pro climber and friend of Honnold’s—also chiming in.

“This is the ‘moon landing’ of free soloing,” Caldwell told National Geographic. Caldwell has also penned a smart piece, “Why Alex Honnold’s Free Solo Of El Cap Scared Me,” for Outside. It’s definitely worth a read.

No matter your view, Honnold’s climb will go down as legendary. News of the achievement has already spread beyond the hardcore climbing scene. Honnold has even got a shout-out from Hollywood actor, 30 Seconds to Mars lead singer and climbing enthusiast Jared Leto, who decided to take a moment during a recent concert to have the crowd voice their support for Honnold: 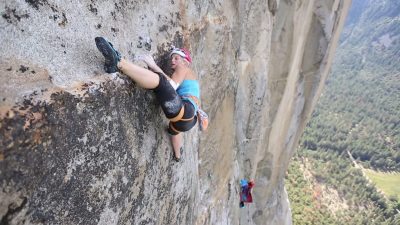 A 6 day climb of Golden Gate with Emily Harrington