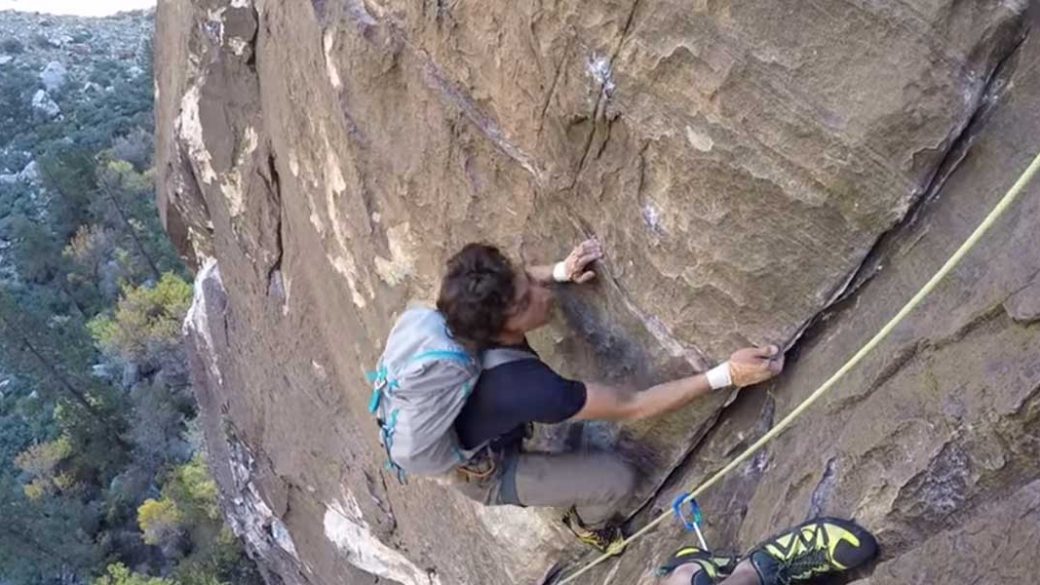 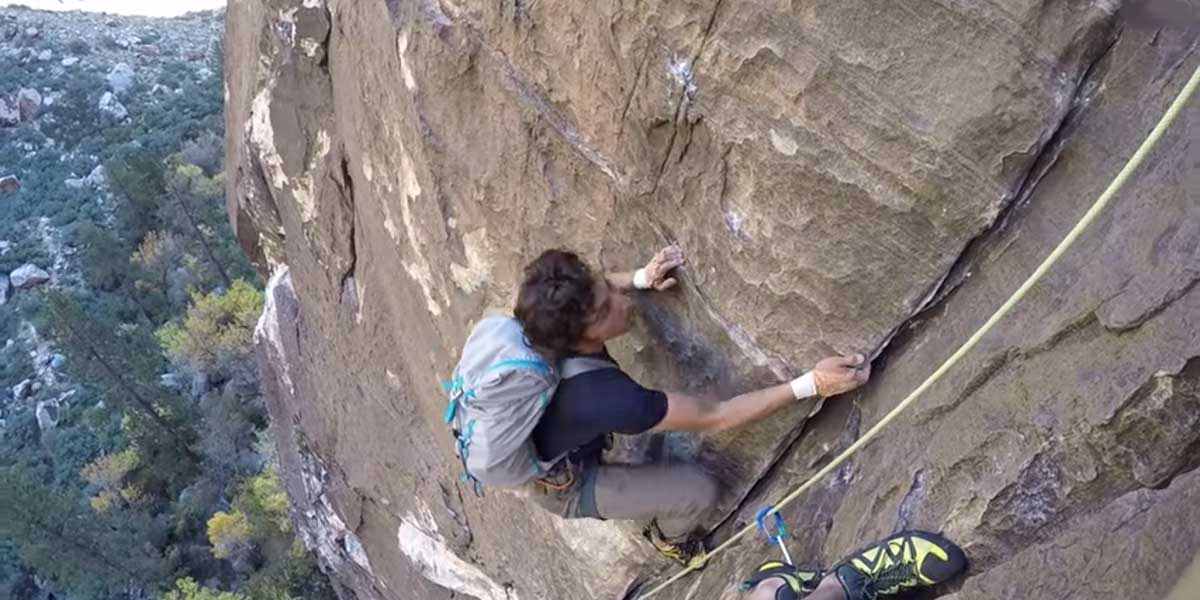 Free solo climbing is where a climber performs alone, without the assistance of any ropes or equipment. Unlike bouldering, solo climbers climb to dizzying heights well above that considered safe. Free soloists like Alain Robert, known as ‘the French Spider-Man’, brought the sport to the limelight after climbing several notable buildings including: the Sydney Opera House, the Eiffel Tower and the Empire State Building.

Now a video on YouTube has been released showing a rope-less climber overtake other climbers at incredible speeds from 300ft above the ground.

The action was caught on camera by David Colhoun during a trip to the Red Rocks Canyon, in Las Vegas, US.

Though it first appears the anonymous climber is secured by the same rope as Colhoun, as he changes climbing path, it soon becomes apparent that he is suspended above ground by nothing other than his finger-tips.

In an attempt to move out of his way, Colhoun secures himself in a crack in the rock and moves to one side, tentatively quipping to the climber to “please not fall” on him.

The camera angle shows the sheer scale of the rock face—a challenging climb for any experienced rock climber let alone one doing it without any ropes.