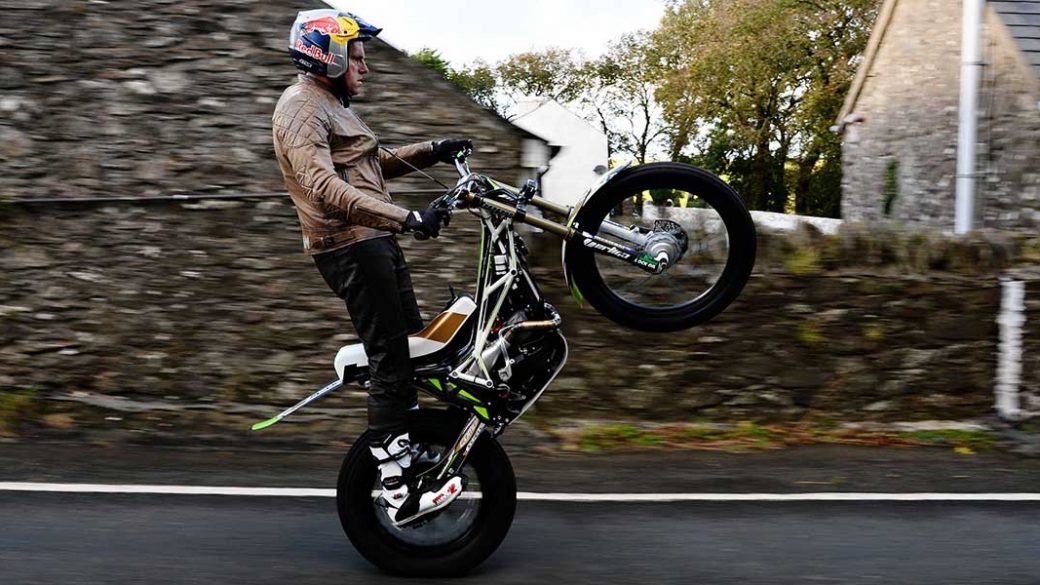 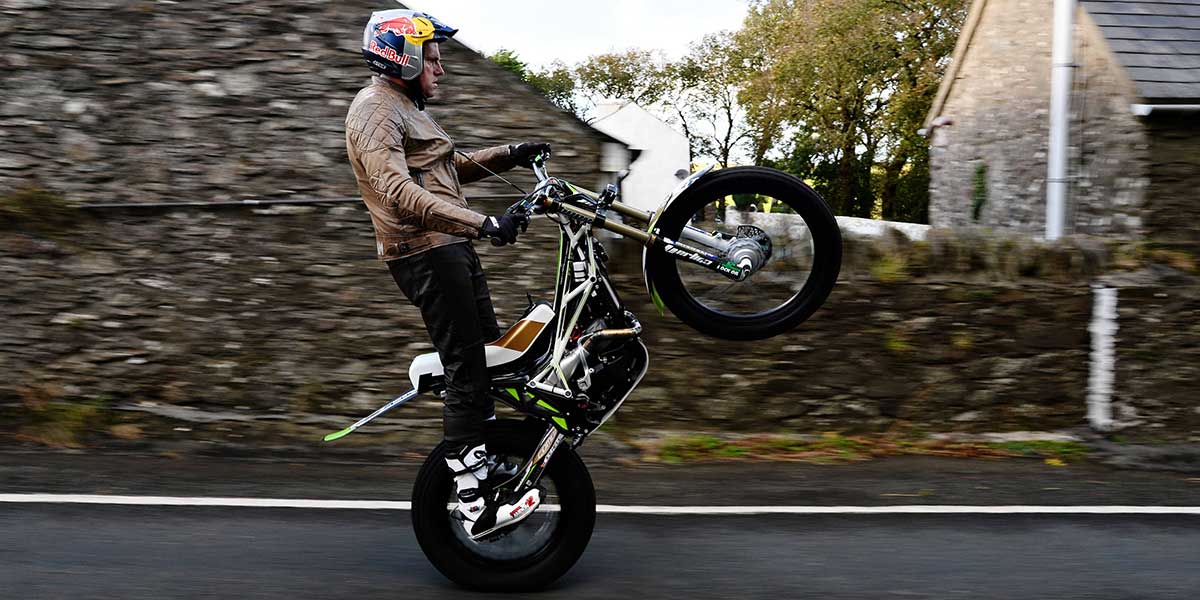 12-time Trial World Champion, Dougie Lampkin MBE, has become the first person to successfully complete the iconic 37.7 mile Isle of Man TT course in the UK on just one wheel.

After decades of fierce speculation on whether a continuous wheelie lap of the course has happened before, or is even possible, motor sport legend Lampkin proved to the world, live on Red Bull TV, that it could be conquered.

Forced to postpone by 24-hours, when 55mph gale force winds swept the island, Lampkin set off from the famous Grandstand start line at 5pm.

But, by setting off a little too fast, Lampkin had to struggle to keep in control for the first few miles. The wind proved to be an ongoing concern through the most challenging milestones of the course. Lampkin fought gusts of 40mph during the infamous mountain section, which made for tense viewing.

After crossing the finishing line, Lampkin revealed just how tough the attempt was:

Up to ten times I came close to dropping and I thought I’d lost it twice. When you’ve lost your balance and your right leg comes off, you’re in massive trouble. I couldn’t rely on the rear brake at that speed.

Cheered on by crowds, Lampkin punched the air in delight as he crossed the line, one hour and 35 minutes after setting off.

Summing up the incredible effort after months of gruelling training and modifications to his Factory Vertigo trial bike, he said:

I feel absolute massive relief. The build up to it, seven months of planning, everything that’s gone on like the nightmare with the weather yesterday and still strong winds today on top of the mountain, I was just hanging on really. It wasn’t over until a couple of metres from the end but that last couple of metres was just amazing.

Alongside viewing the record attempt live on air, viewers were also given the opportunity to attempt their own virtual wheelie on a specially created mobile game at dougie.redbull.tv. They then posted their results on a leader board on social media. 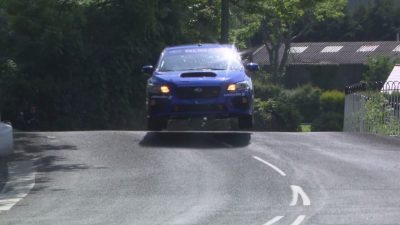