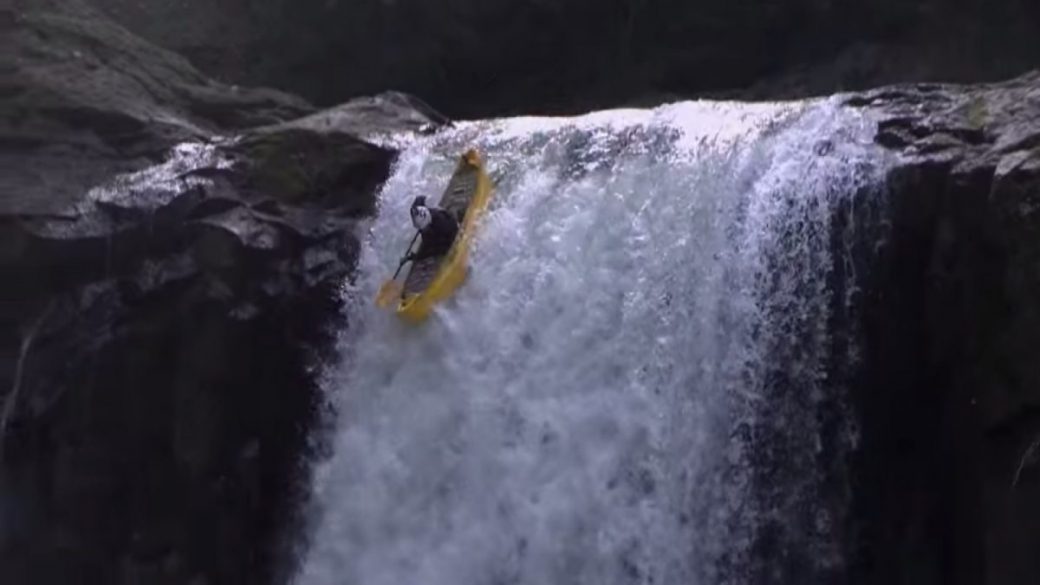 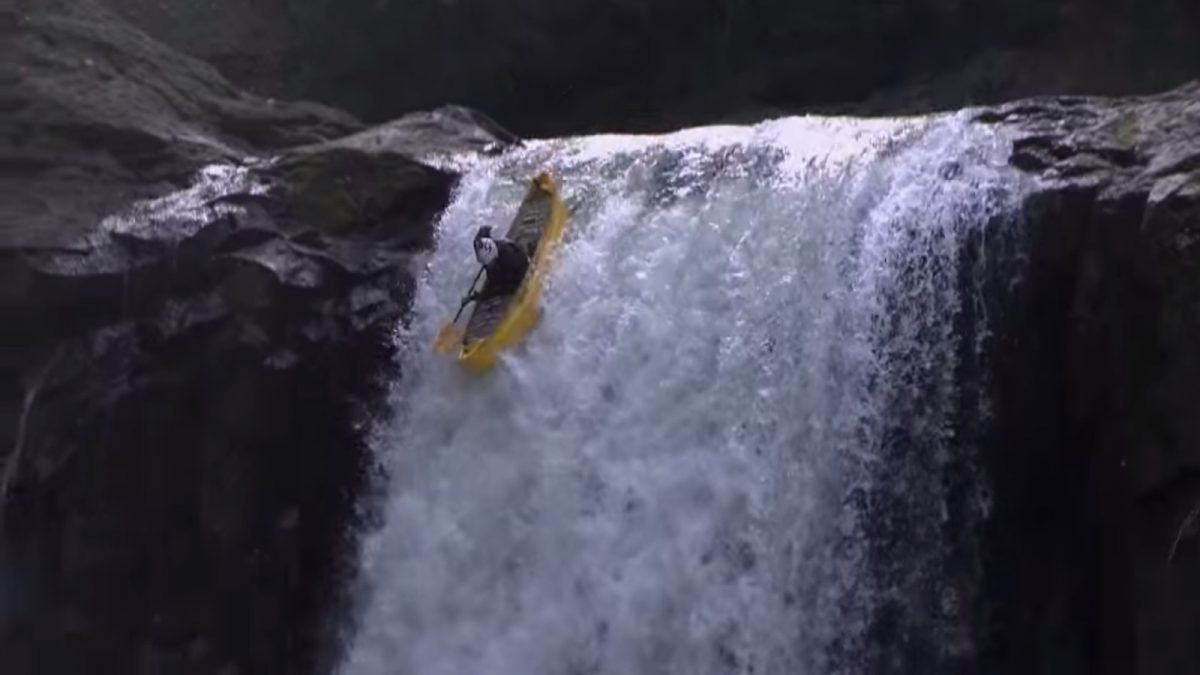 Twenty years ago, a few open boaters, such as Dave Simpson, pioneered the hardest steep creeks alongside the best whitewater kayakers at the time. But since then, kayaking’s progression has rapidly outpaced canoeing in design and technique – especially when it comes to running huge waterfalls.

This is partly inherent of the craft; open boats are bigger and their centre of gravity is higher. They’re more difficult to hike in and out of remote regions, as the above video demonstrates. Plus there is something about paddling a canoe that just relaxes you – maybe this has also restricted adrenaline-fuelled progression.

Over the past couple of years ‘extreme’ canoeing has been moving forward at an increasing rate passing a number of milestones along the way. In 2012 an open boater paddled the Toxaway Gorge in North Carolina — among the hardest runs in the USA. About a year ago this record was outrun by river safety guru Jim Coffey. In the above video he styled this 60 footer in Costa Rica, breaking the open boat waterfall record that had stood since the early 90s.

As Matador Network put it – “it’s kind of the equivalent of seeing people get monster barrels on longboards. The style and technique are just badass.” 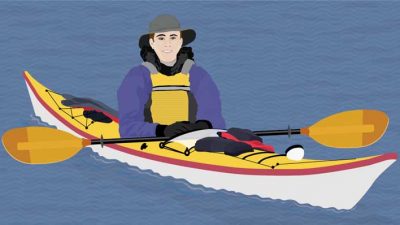 How to get started with sea kayaking

In search of sustainable building materials, this student grew her own canoe out of mushrooms