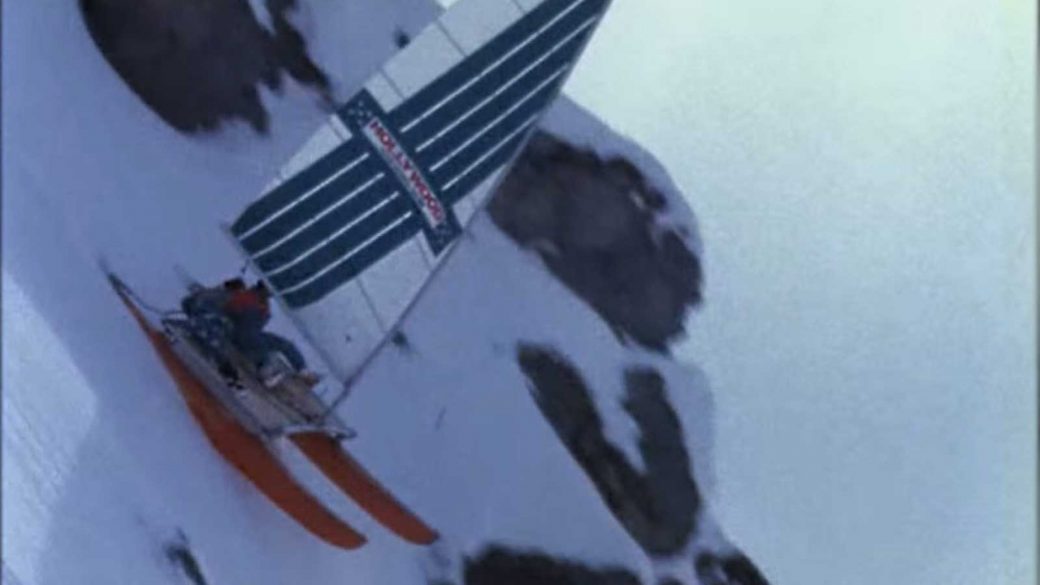 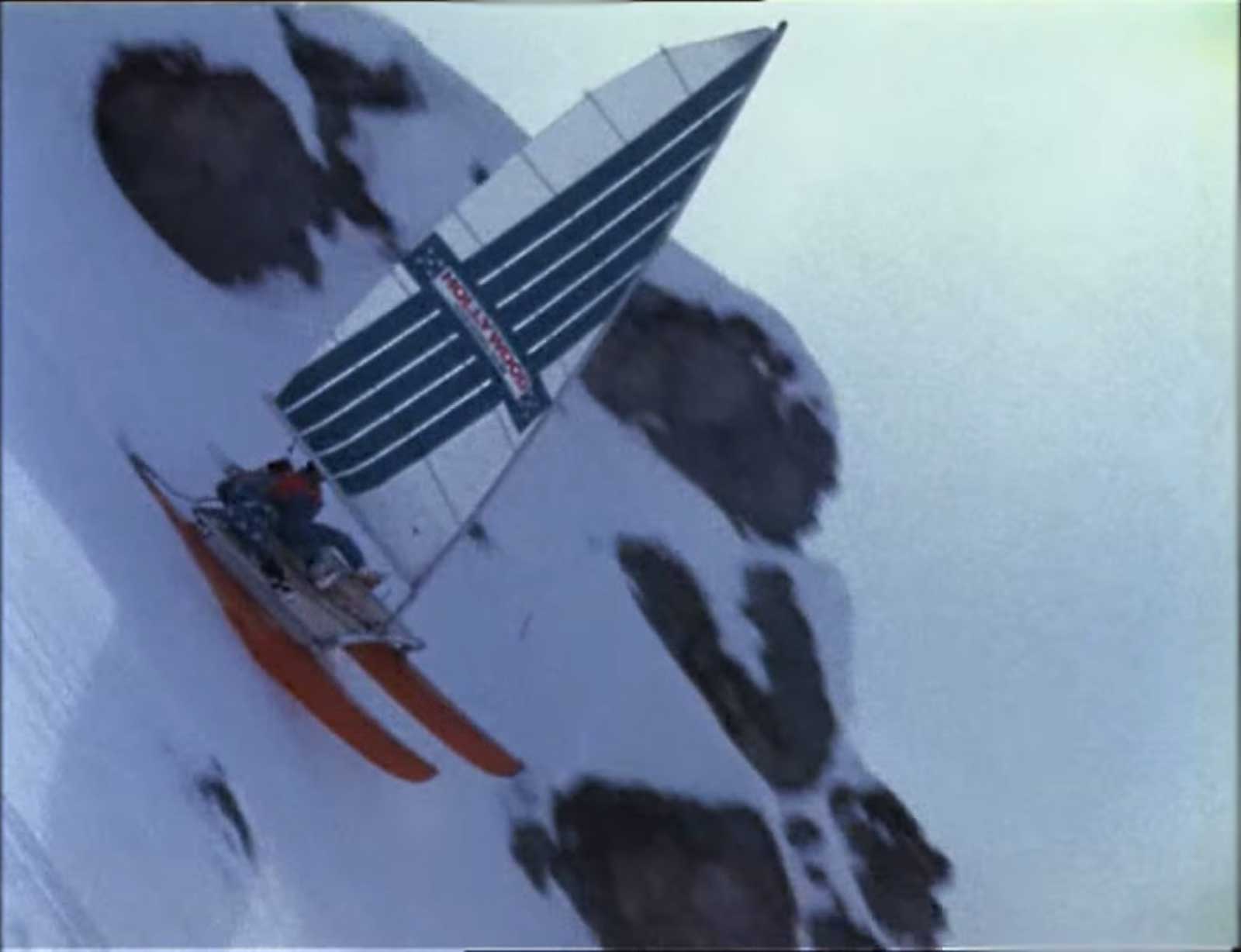 Catamarans are incredible craft—check out this video of one surfing a huge shore break, back in 2009.

This clip, from “Apocalypse Snow III”,  is even crazier, though. Taken from the third film of the bizarre ski-film series “Apocalypse Snow”, the video shows two “sailors” hanging on as they bomb down a mountain in Les Arcs, France. The pair pulls a huge “kick-turn” to stop the catamaran, but it looks like this backfires—as the craft continues its decent backwards, before the shot cuts to the next scene.

If you’re curious about the infamous series, here’s Wikipedia’s two cents (translated from French to English with Google translate)—even their description is bizarre:

Apocalypse Snow is a series of short films by Didier Lafond. The first three films were made between 1983 and 1986, in the area of Les Arcs.

The story of these films follows mono skier villians looking to capture the hero surfer, in order to steal the secret of skiing. This is mostly just an excuse to showcase rad skiing footage, though.

This is one of the first films about snowboarding, and became legendary for all fans of the sport.