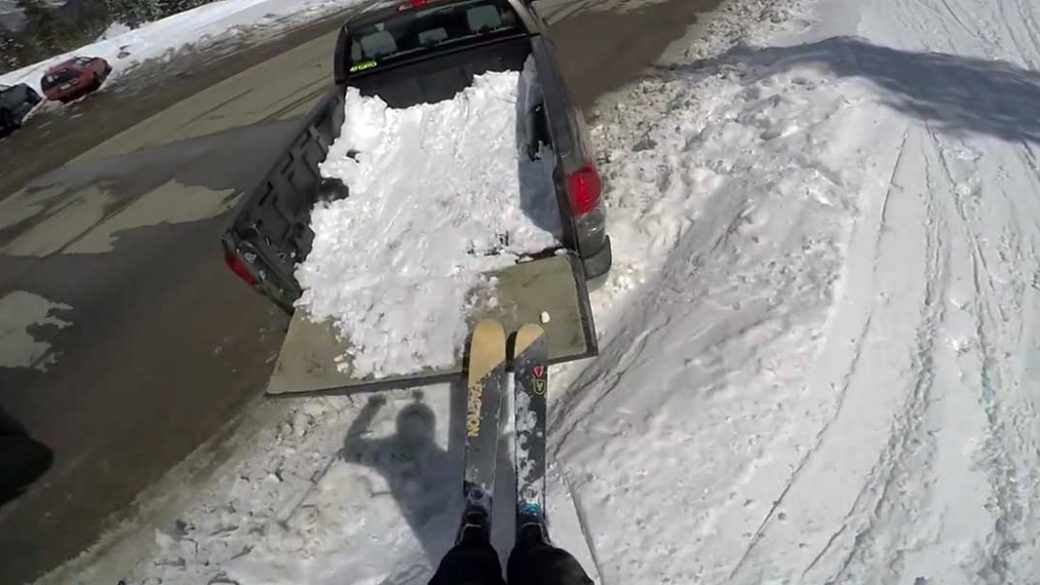 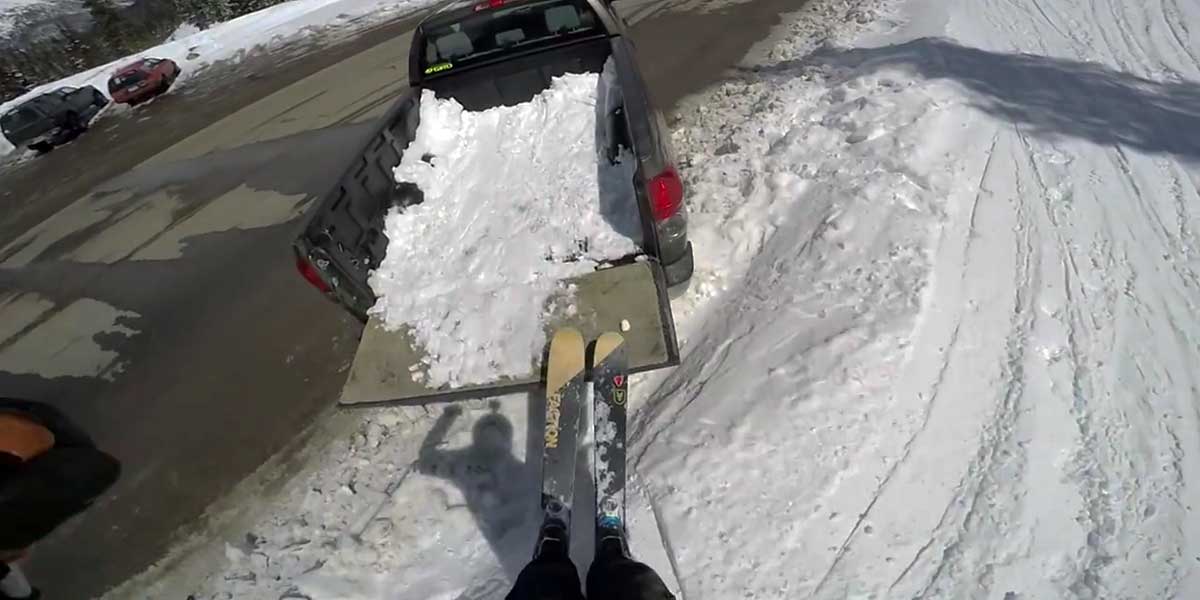 While the ski season is drawing to an end, there may still be time to enjoy the last of the snow. One skier has just proved you don’t need a ski lift to get the last ski runs in before the summer.

Cody Cirillo from Breckenridge, Colorado, posted a video of his ingenious idea on 3 May. “No chairlift, no problem,” he states, jumping out from a truck bed that he converted into a makeshift ski-in, ski out lift.

After carving down the mountain, and throwing in a couple high flying tricks, Cirillo skillfully lines himself up with the truck and hops into the back before setting off for another go.

Most of Colorado’s ski resorts are currently closed, with only one now open until 4 June—the Arapahoe Basin. So not only is it impressive that Cirillo found some pretty good snow, but also that he didn’t let ‘seasonality’ stop him from having fun. Kudos to his friend that kept driving him up and down. 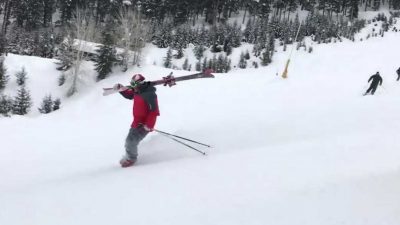