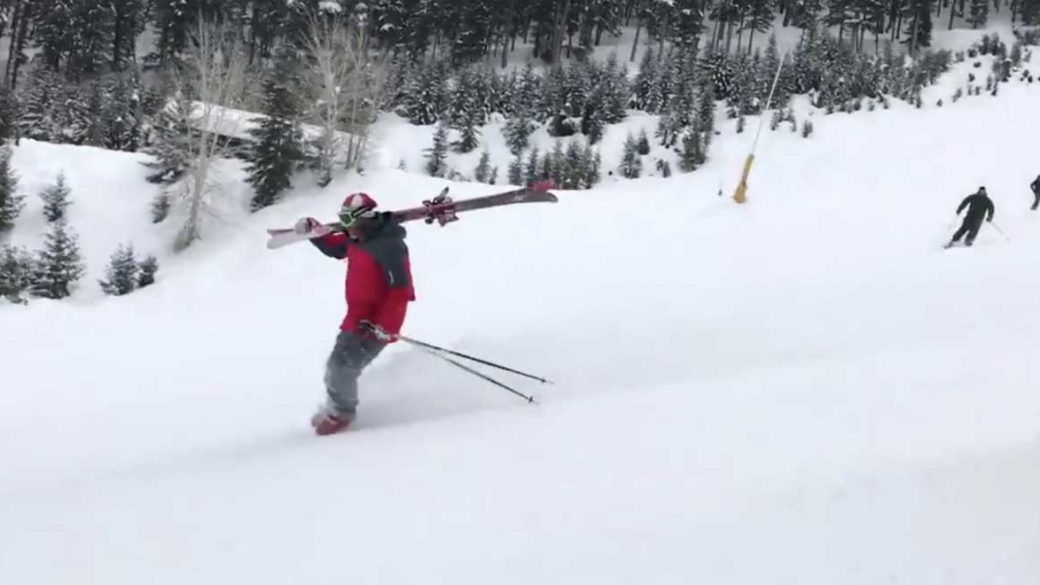 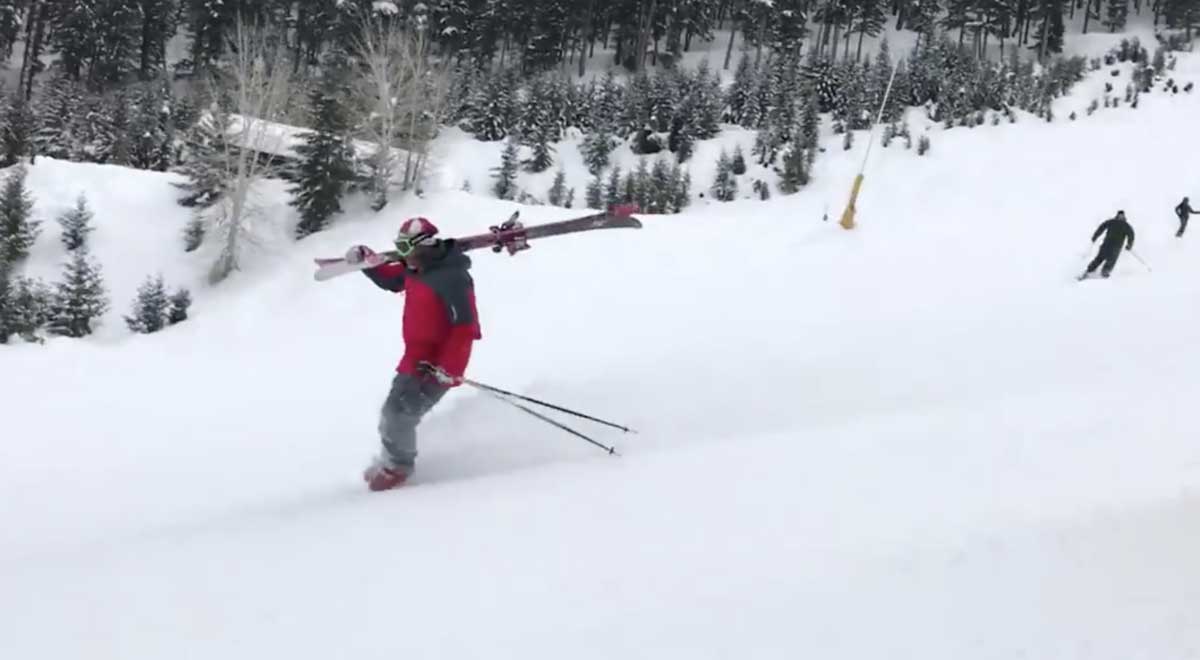 An amazing video, showing a skier at the Sun Valley ski resort in Idaho, was posted on Facebook recently. Michael Reed, a Sun Valley local, had busted one of his bindings and decided to ‘boot ski’ down a piste, smoothly carving as if he still had planks strapped under his feet. Watch the video below:

The incident occurred on Sunday after the toe piece on Reed’s binding ripped out of his ski, while going down the Upper Warm Springs trail off the mountain’s Challenger lift. Reed’s friend Joey Petelle, another Sun Valley resident, caught the action on film as he skied down. The short clip was then posted to the Facebook page of flyTHERE Air, a private travel airline that Petelle works for.

The video has received a lot of interest, with many people asking questions in the comments. On person jokingly asking him why he didn’t try to boot ski switch on the run.

“No switch on that one,” Reed wrote. “Legs were a touch burning by the bottom!”

Other adventure websites have also shown interest in the video. Petelle replied to a few questions from GrindTV:

Michael was a runner-up for a spot on an Olympic team back in the day. He’s a natural athlete and crushes any sport he tries. I’ve know him for 20 years.

It happened on Upper Warm Springs and I started videoing about mid-mountain. [His binding] had been repaired once before and the repair failed. The screws pulled out of the ski. 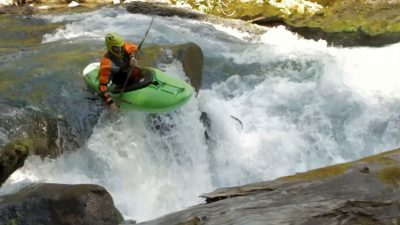 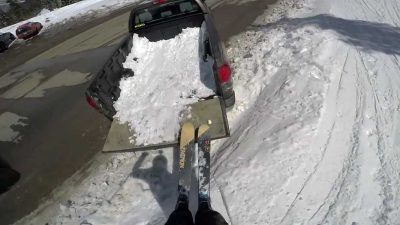