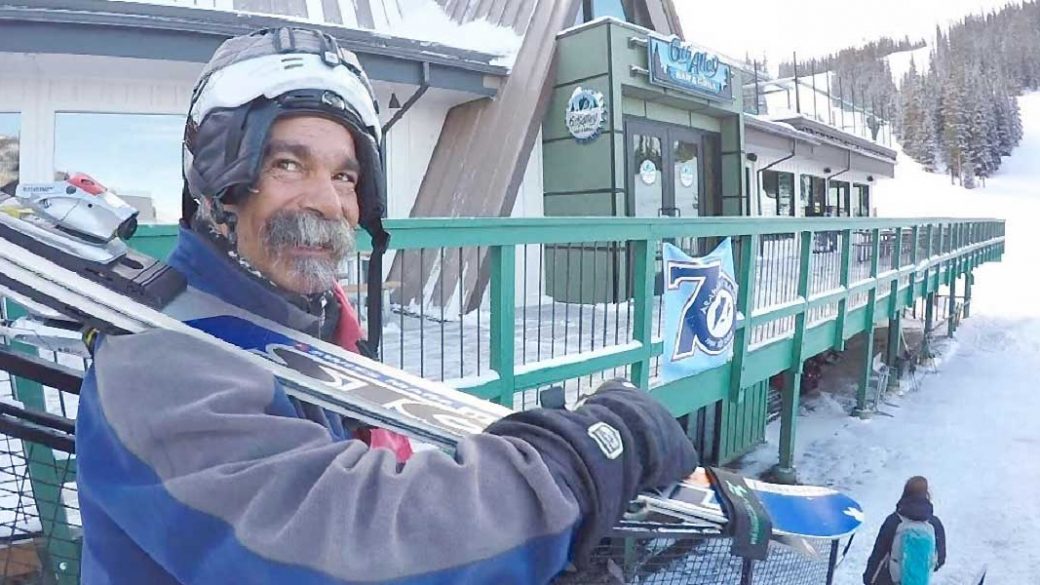 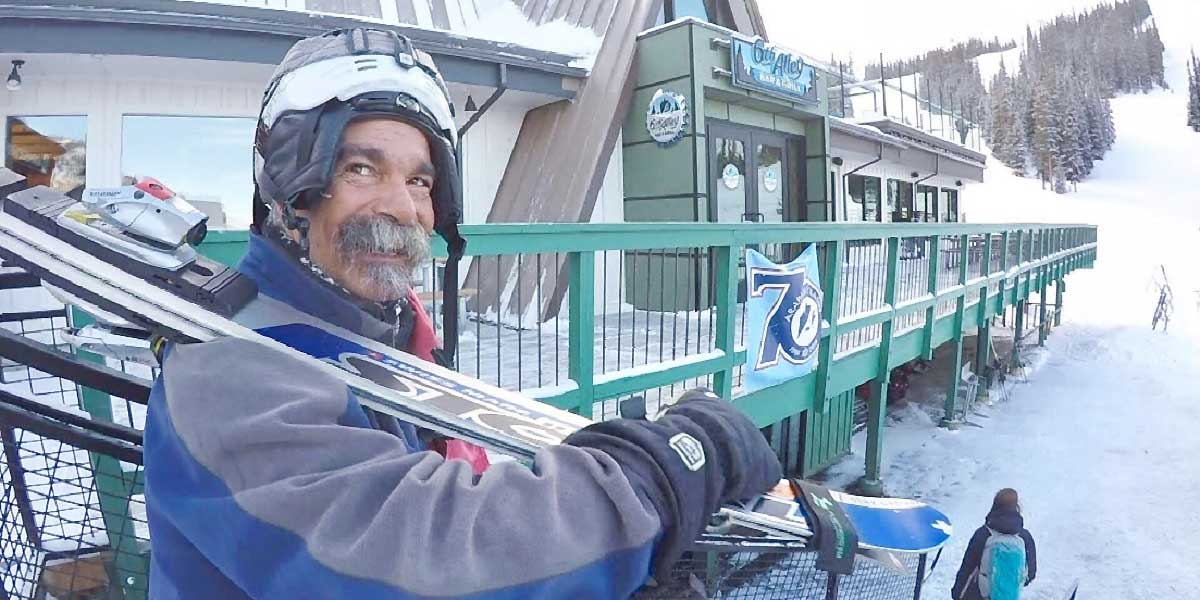 Skiing at the best of times can be tricky. It requires your whole body for balance and stability, especially when you’re hurtling down a ski run. So what happens when you take one of your body parts away? 56-year-old Jay DeBaggis of Breckenridge, Colorado tried exactly that when he raced down the ski run at the Arapahoe Basin ski resort in a straitjacket:

The video was uploaded by DeBaggis’ neighbour Doug Briggs who wrote:

My neighbo[u]r set the record for Straightjacket [sic] Speed Skiing this morning at 64 mph. He is a member… of the Mountain Mentors and has been doing various Straightjacket [sic] Challenges for the past few years, raising well over 10,000 dollars, not including this year.

DeBaggis had been raising money for The Summit County Mountain Mentors program—a charity dedicated to improving the lives of at-risk youth for several years. Speaking to 9 News, DeBaggis said:

In 2014, he skied 10 laps at the Imperial chair at the Breckenridge Ski Resort in less than an hour while in a straitjacket to raise $3,000 for the program.

Another of Debaggis’ friends shot the action from the bottom of the ski run:

Stating he didn’t know of anyone else who had attempted anything similar, Debaggis told 9 News: “We’re calling it a world record. 64 miles an hour in a straitjacket, it’s kind of crazy but I guess so am I.”

Bearing in mind most recreational skiers ride around 20 mph, and downhill racers clock out at 40-60 mph, DeBaggis’ attempt in a straitjacket is simply incredible! 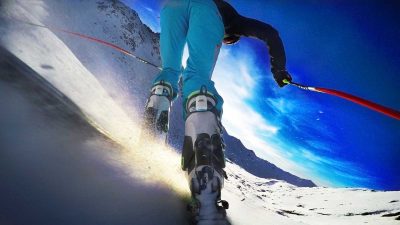