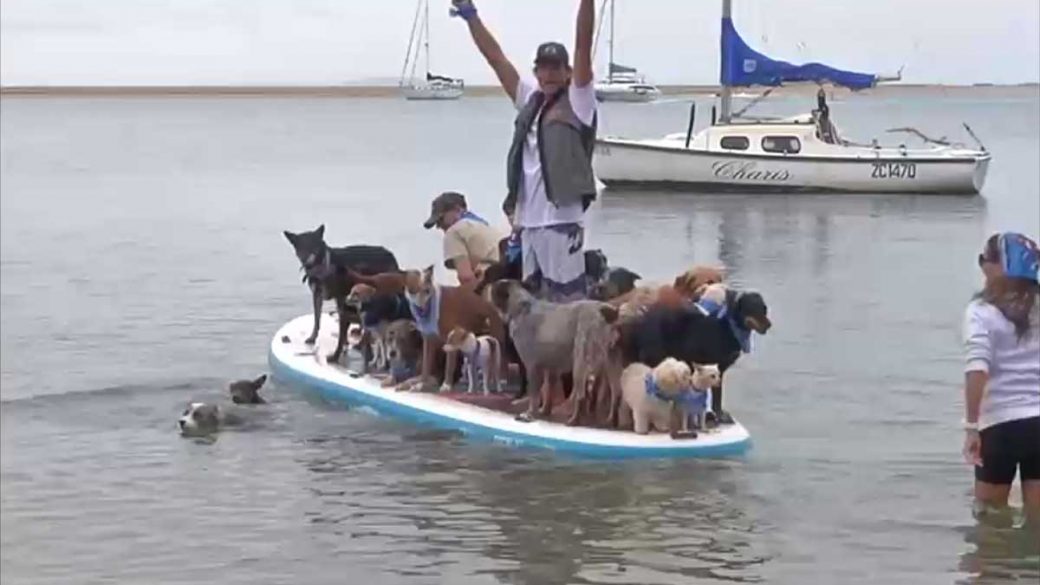 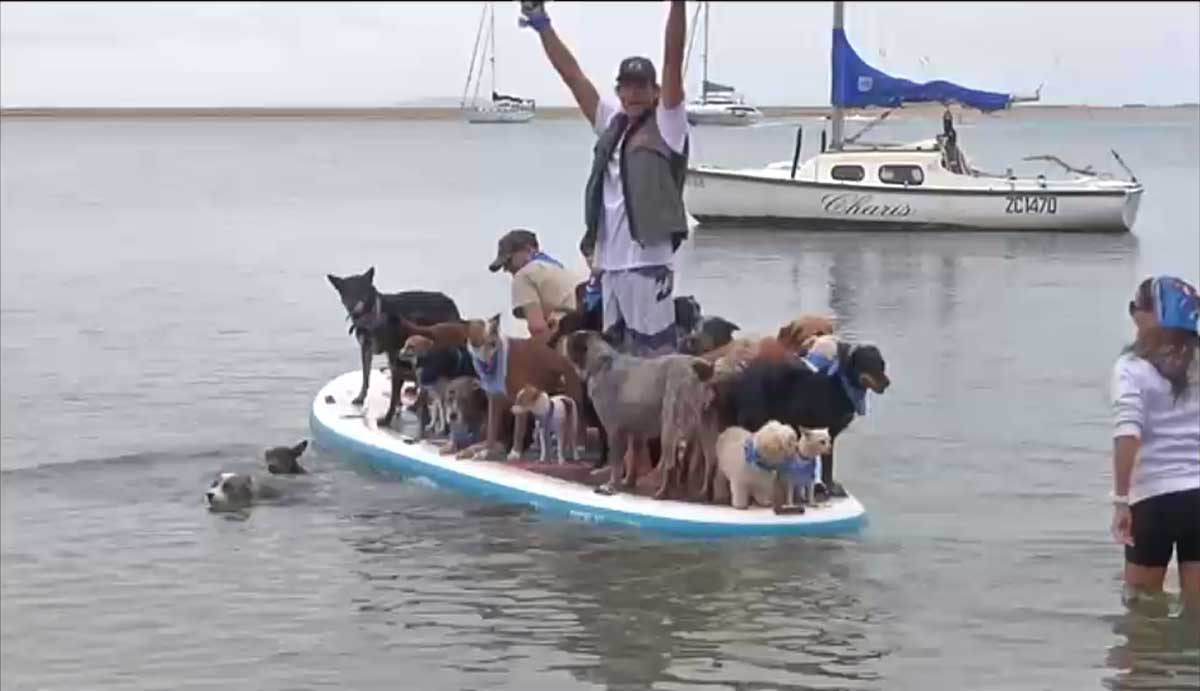 Chris de Aboitiz is a viral sensation. Known to many as ‘the dog whisperer’, videos of him surfing with his two dogs have been watched by millions across the globe (see below). Now de Aboitiz has made an even bigger splash as he and 25 dogs have just broken the world record for most mutts ‘surfing’.

On 20 May, the former world tandem surfing champion joined 25 dogs on an oversized stand-up paddle board to break a rather peculiar world record which involves standing with as many dogs as possible on a surfboard or longboard. The official record to break was 17 dogs on one board, which was set in San Diego in 2012.

Aboitiz’s attempt hasn’t currently been officially recognised by world record keepers, but the whole attempt was captured on video:

Dogs of all shapes, ages and sizes joined de Aboitiz on the 17-foot-long board, as more than 100 people watched the action from the beach on Queensland’s Discovery Coast, Australia.

Speaking to ABC News, he said:

I think we ended up with 26 dogs but one abandoned ship pretty quickly…They all had fun, nobody drowned … it went great.

While it is unclear if the attempt will be verified, de Aboitiz said it was as much about educating people as it was entertaining them. As the founder of dog training school SUP Dog Oz, de Aboitiz has trained thousands of dogs over the years. His unusual methods involve surfing and paddleboarding with your dog, which is said to strength the bond between human and pup. He said:

It’s good to bring awareness to how to better understand your best mate. Why are we doing this? Why do they climb Mount Everest? Because it’s there!

Videos of Aboitiz surfing with his two dogs have been watched by millions across the globe—this has to be the coolest surfing trio in the lineup:

Beginner’s guide to surfing: What you should know about this sport 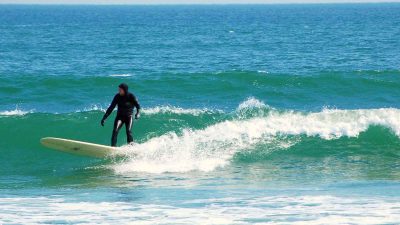 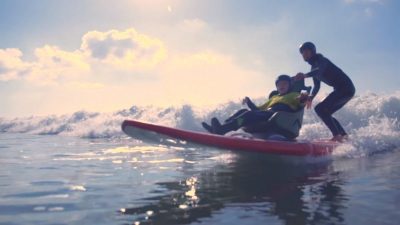