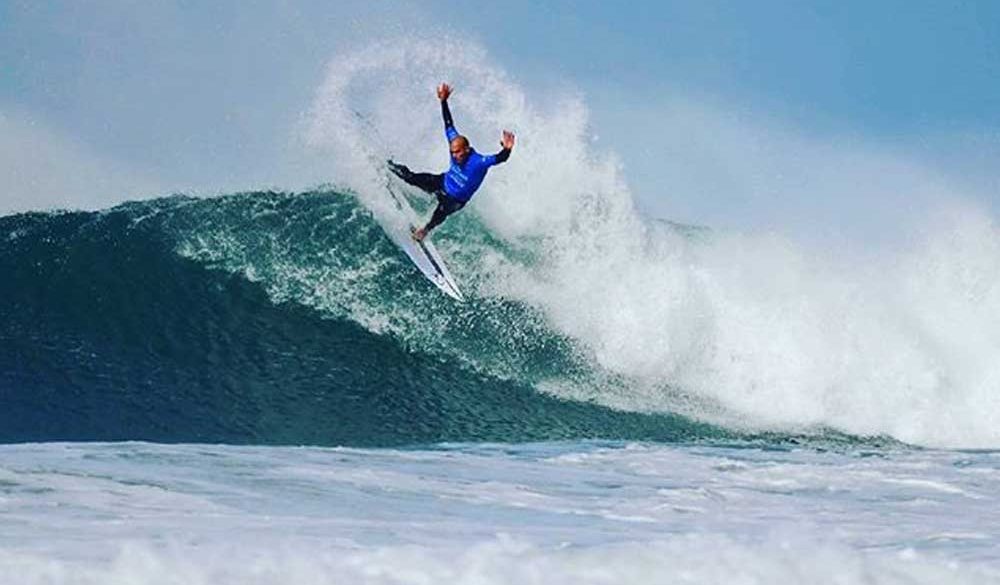 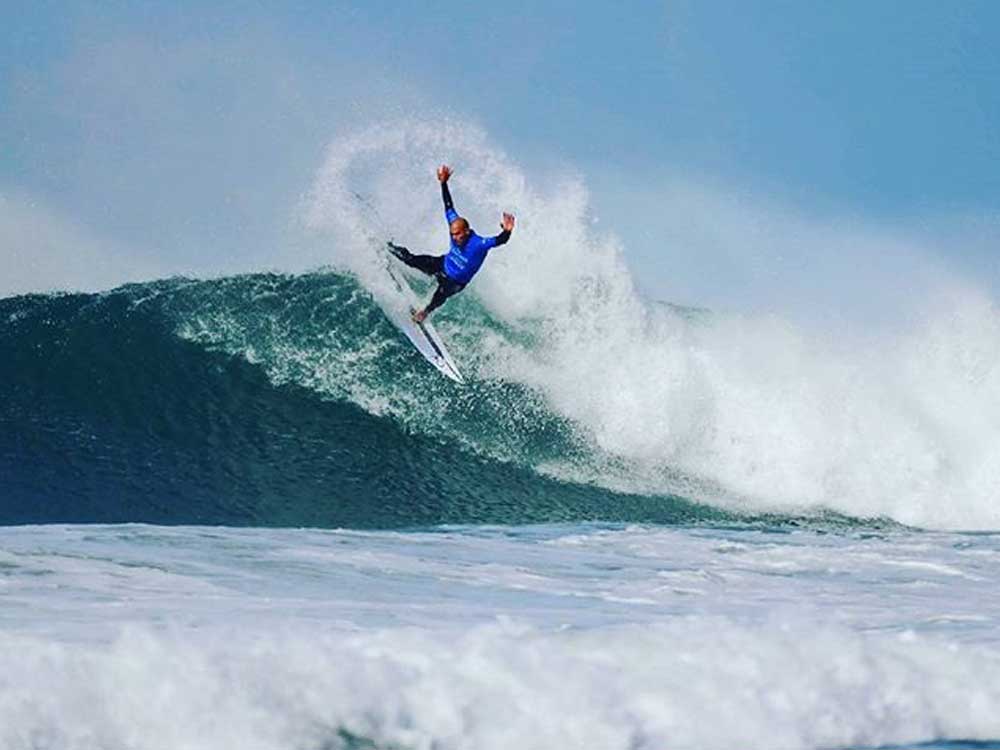 Kelly had made it through round 1 of the J-Bay WSL competition, beating Julian Wilson and Kanoa Igarashi in the process, and was prepping for his upcoming round 3 heat this morning. He pulled into a closeout barrel, the whitewash clamped and flung his board back on to his foot. “The impact was like being hit by a hammer,” he wrote in an Instagram post.

The 45-year-old needed assistance leaving the beach and was taken to hospital for examination. Slater posted the X-ray on Instagram—not being one for doing anything half measure it looks as if he has done a ‘proper job’ which will require surgery and at least six weeks out!

Well he was very considerate—I shouldn’t get my feet wet to help him out of the water, the gentlemen he is. But he was in deep pain and the mental part was the biggest thing. I guess he is so bummed to be out of the comp since the waves are cooking.

He estimated on the beach that he would be out of the water for at least six weeks also missing out on Teahupoo. He was very thankful for the help and the quick medical assistance through Koffie Jacobs, the event organiser, Cheron Kraak, the former billabong licencee in Africa and his long time buddy and former South African pro surfer Craig Mackay, who drove down immediately, gave him some warm dry clothes and accompanied him to hospital.

The injury will sideline Kelly for the rest of the competition, and potentially take him out of the running at Teahupoo next month. The break threatens to change Slater’s plans, revealed towards the tail-end of last season, to put together a title run this year and attempt to clinch his 12th world title. Currently, Kelly sits in 18th place—J-Bay and Chopes would have been crucial for his campaign. 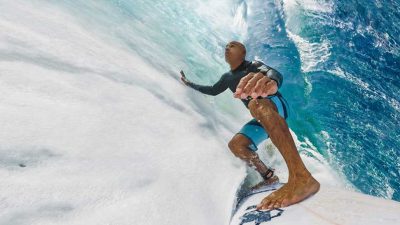