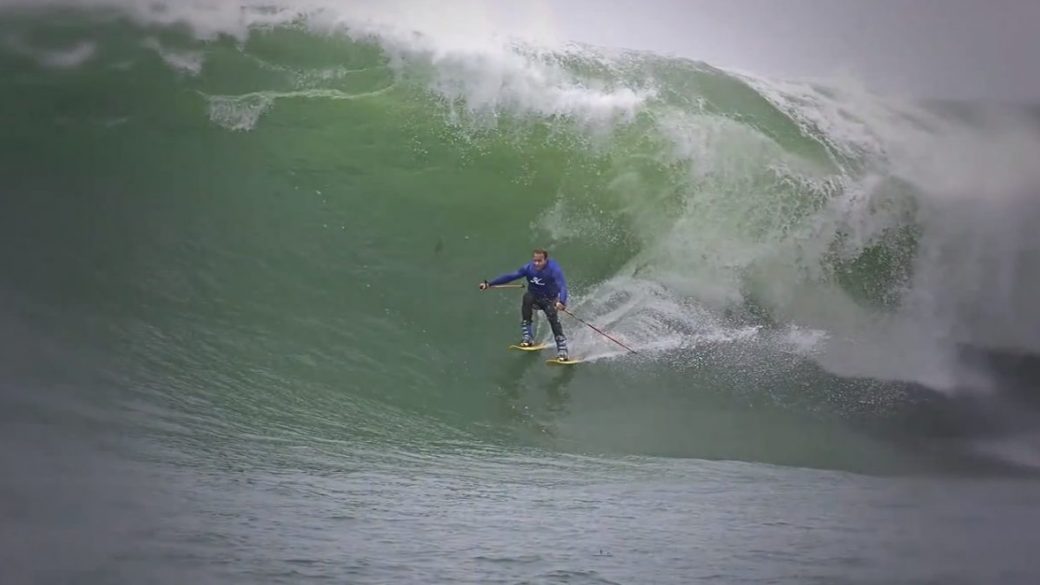 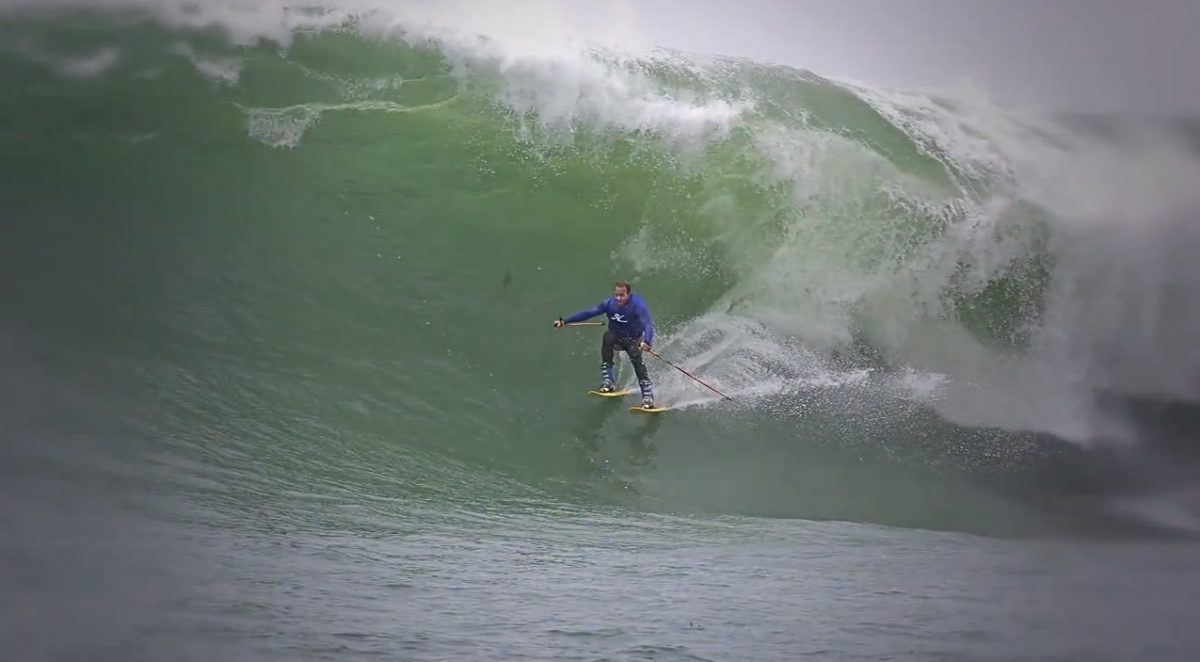 Action sports are continually evolving and different disciplines are gradually learning from each other, developing new techniques and sometimes new sports entirely. Currently, there’s a lot of excitement in the world of snow surfing, a blend of surfing and snowboarding – essentially snowboarding without bindings. So that’s a watercraft being taking onto snow, but what about the other way around? Water skiing has been around for a while but over the last decade or so there has been an undercover movement to push the boundaries between snow and water sports even further.

Former pro freeskier Chuck Patterson grew up skiing in Lake Tahoe during the winters and surfing in Hawaii, in the summers. In 2000, he sought to merge these two worlds and tried to surf waves on skis for the first time, testing the concept out with a pair of custom jumper skis. Although the skis were too big and boxy, making it difficult to turn, he managed to glide on the waves for a few hundred yards!

After a 9 year-long lull in the world of wave skiing, freeskiers Mike Douglas and Cody Townsend tried to push this new sport further and worked with ski builder Jason Starr, to come up with a design that would allow greater control on the wave. Besides designing less cumbersome skis, Jason also recommended wearing ski boots to improve the edging and turning capabilities at high speeds. In 2009 Mike and Cody tested these new skis in Mauii, Hawaii and after 4 weeks, 5 broken skis, and 1 big scare, they proved that it is, in fact, possible to ski waves, check out some footage below.

Re-inspired by Mike and Cody’s success Chuck Patterson gave his sport invention another shot and the results are awesome! In January 2011, Chuck followed the biggest swell of the year to Maui, to try to successfully ski Pe’ahi or ‘Jaws’ – one of the most powerful waves on earth. The results speak for themselves!

Is this the birth of a new sport or just an experiment that won’t catch on? 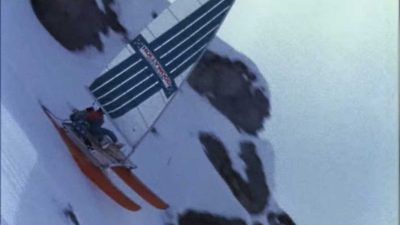