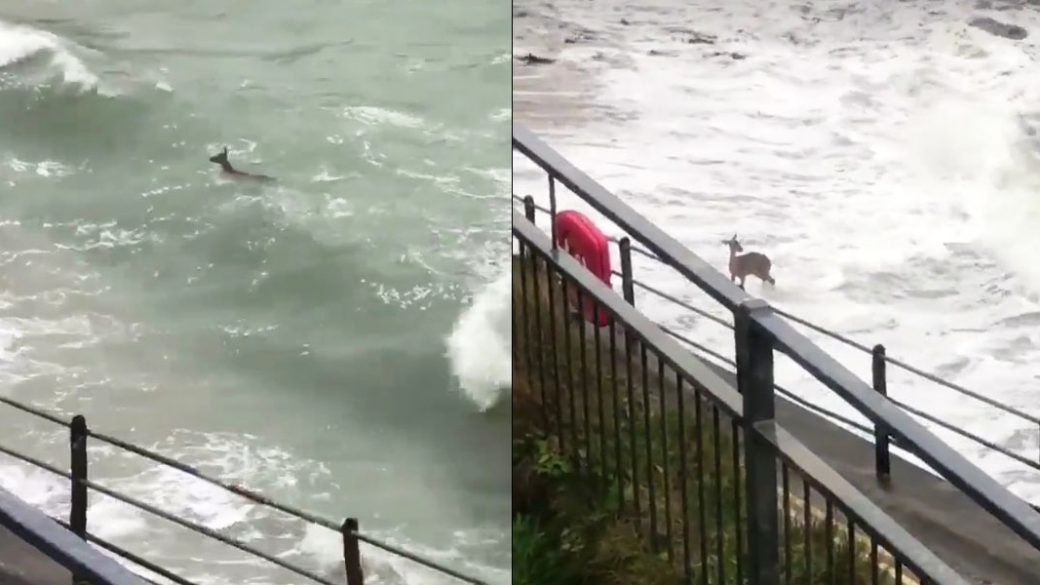 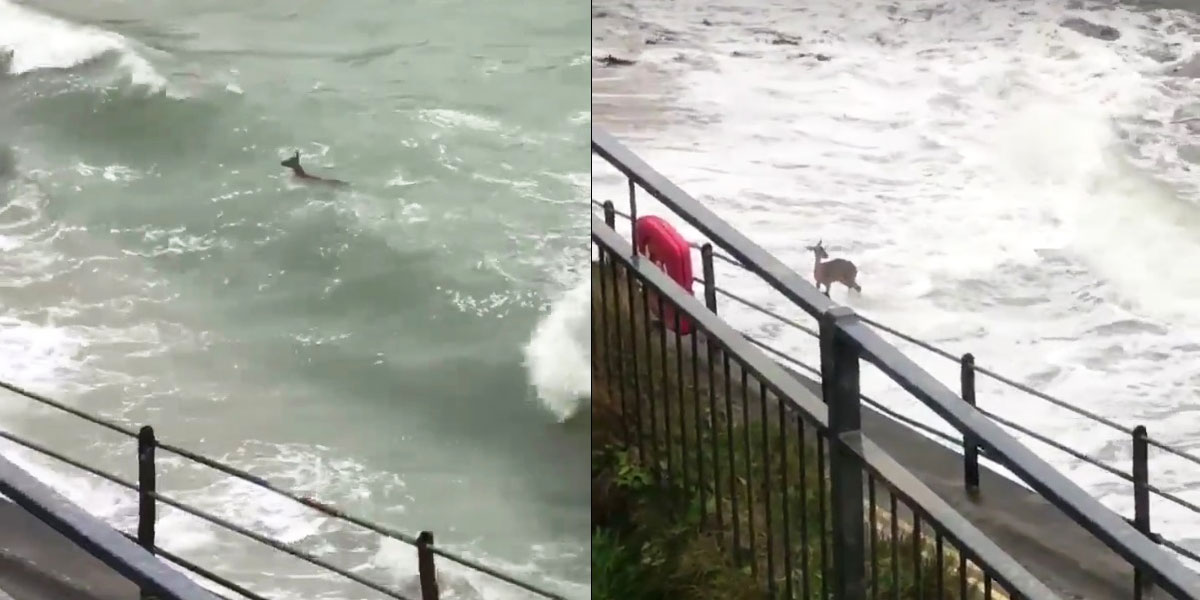 A wild deer was spotted catching some surf in Cornwall earlier this week. Filmed by Porthpean Sailing Club, the deer steadily swims towards the shore before getting caught in a barrel wave. He somersaults onto the sand, before shaking himself off on the beach.

Many of you may be asking where has this deer come from? He may have fallen down into the sea, or perhaps actually intended to go for a swim. Surprisingly deer are actually very strong swimmers and are known to frequently cross large streams and lakes within their home range. According to Select Cornwall, who posted the video, deer are often spotted in the local “estuaries and in the sea”. They said:

Deer have been spotted in our estuaries and in the sea / on beaches fairly often, more and more so as the population increases. This deer simply ran off into the countryside where it came from.

This deer just wasn’t content to let surfers have all the fun. 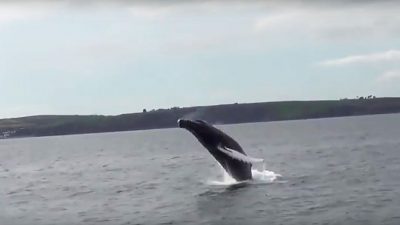